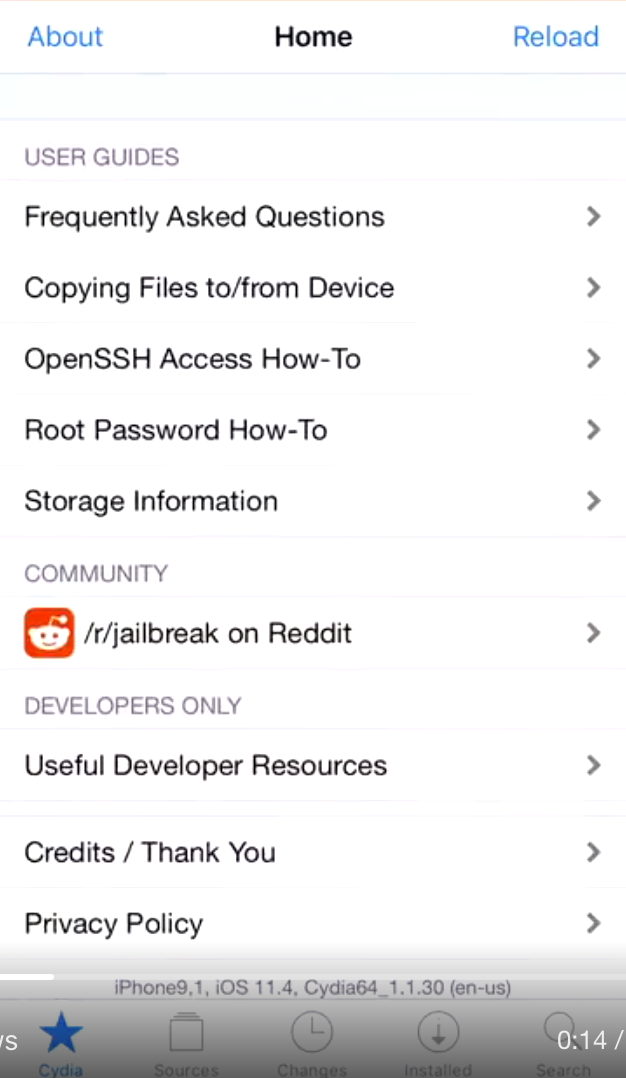 Renowned security researcher Ian Beer recently outed yet another tfp0 exploit, this time for iOS 11.3.1. But while certain jailbreak developers are hard at work on a public jailbreak tool that utilizes said exploit, others seem to be moving ahead and devising jailbreaks for newer versions of iOS.

A video shared in a Tweet by Richard Zhu this week appears to demonstrate a functional jailbreak on an iOS 11.4 device.

In this footage, we see the user launching Cydia and showcasing the device model and firmware version at the bottom of the app. In this case, the device seems to be an iPhone 7.

To further prove the jailbreak’s legitimacy, Zhu launches the Mobile Terminal app from the Home screen and signs into root with the default password ‘alpine.’ He then moves forward with various terminal commands.

Just like other jailbreak demos shared with us in the past, it doesn’t seem likely that Zhu’s iOS 11.4 jailbreak will see a public release. The jailbreak will either be kept for Zhu’s personal uses, or the exploit could get sold to a high-paying bounty program.

Consequently, we recommend that everyone stays on iOS 11.3.1 and avoids upgrading to iOS 11.4.

Fortunately, most avid jailbreakers were directed to install iOS 11.3.1 before Apple stopped signing it. CoolStar is working to add support for iOS 11.3.1 to his popular Electra jailbreak tool, so it shouldn’t be long before those who heeded this advice get to jailbreak again.

What are your thoughts about the current state of the jailbreak community? Share in the comments below.