A feature-rich web-based Apple Music player has been revealed. The discovery suggests Apple plans on taking its subscription service beyond iTunes and the Apple Music app following today’s keynote address at the Worldwide Developers Conference (WWDC).

Spotted by a Reddit user and then confirmed first by AppleInsider, the player allows a user to sign into Apple Music and then listen to tracks, albums, and already saved playlists from any browser. For now, the interface doesn’t include the ability to create new playlists or browse through your Apple Music library. 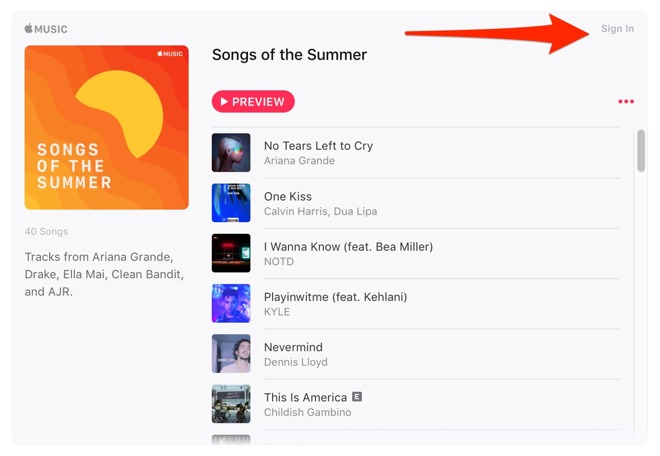 Previously, Cupertino limited Apple Music web-based usage to user shares that would play for about 45 seconds. From there, subscribers could launch iTunes to listen to the entire song.

You can access this web-based music app at: tools.applemusic.com.

Today is a big day for Apple and its millions of fans. Beginning at 10 a.m. PDT, the company will hold its annual WWDC keynote address. During this time, we should get our first look at iOS 12, macOS 10.14, watchOS 5.5, and tvOS 12. Apple will be live streaming the event.

For more on WWDC, be sure to check out our iOS 12 wishlist, and how this year’s event could be lacking new hardware announcements.

We’ll be providing news and analysis about the WWDC keynote and the rest of the events this week in San Jose, California. Stay tuned.