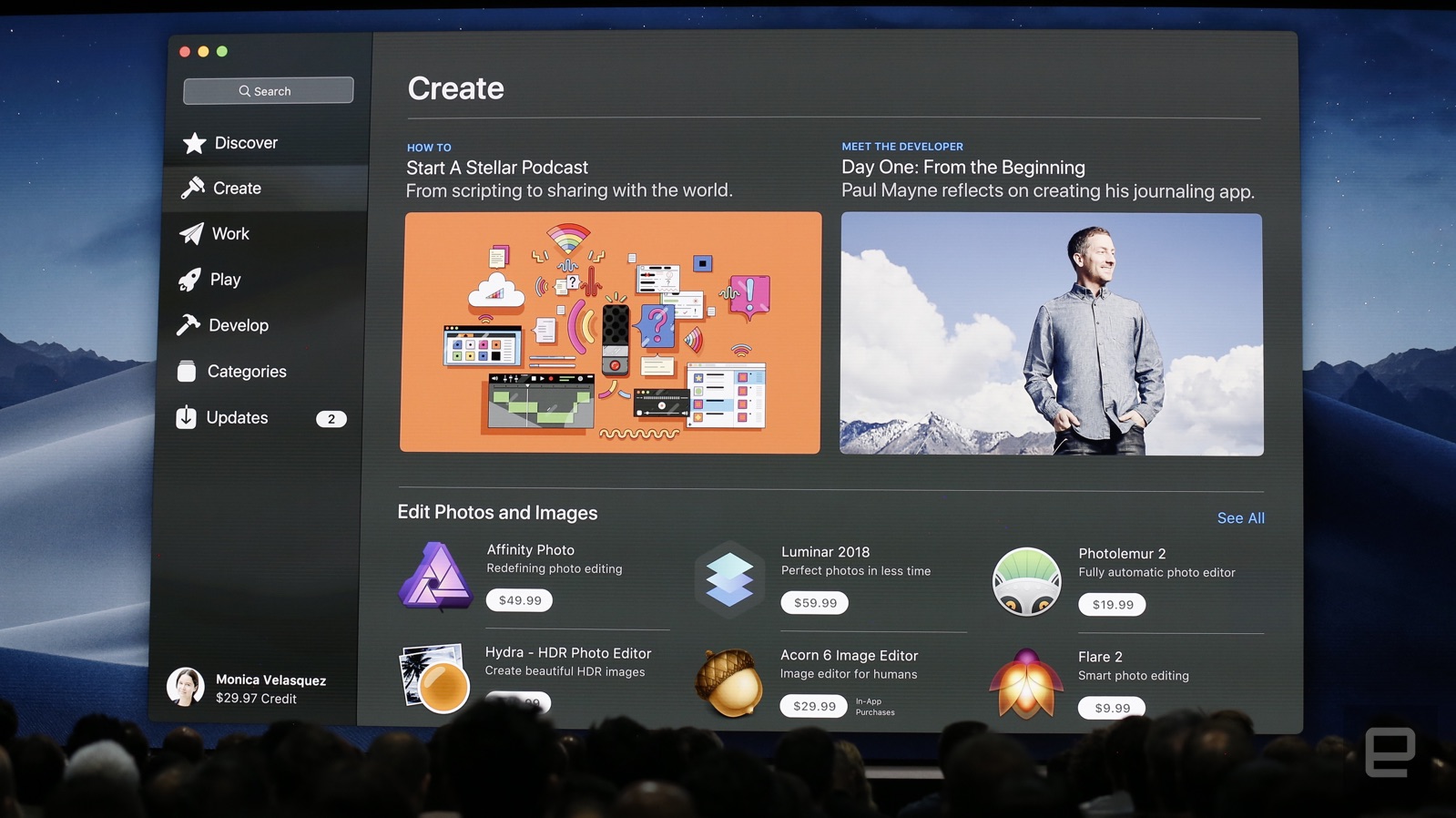 Apple unveiled a new Mac App Store in macOS Mojave. The update, the first for the MAS since it was first launched, should be more useful to use. A lot of the features are coming over from the iOS App Store.

The new store offers a Ratings and Reviews API for Mac apps. There’s also a Create tab, as well as video previews. Apple also announced that Microsoft Office 360 would be coming to the MAS this year.