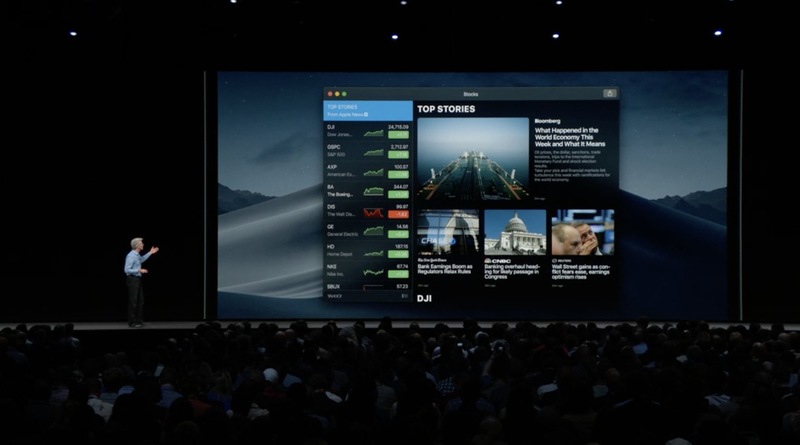 In addition to the various new features and improvements introduced in macOS Mojave, Apple is also using the update to bring a bunch of its stock apps to the Mac. This includes Apple News, Stocks, Voice Memos, and the Home app.

As you’d guess, the apps look a lot like their iOS-counterparts (specifically iPad), so there’s not much new to talk about here. But folks have long wanted access to these popular Apple apps on macOS, and with Mojave, they’re getting it.

It’s worth noting Apple says bringing these apps to Mac was essentially an internal test for their multi-year, cross-platform project that will make it easier for developers to bring their iOS apps to macOS. Third-party devs will get access to this next year.