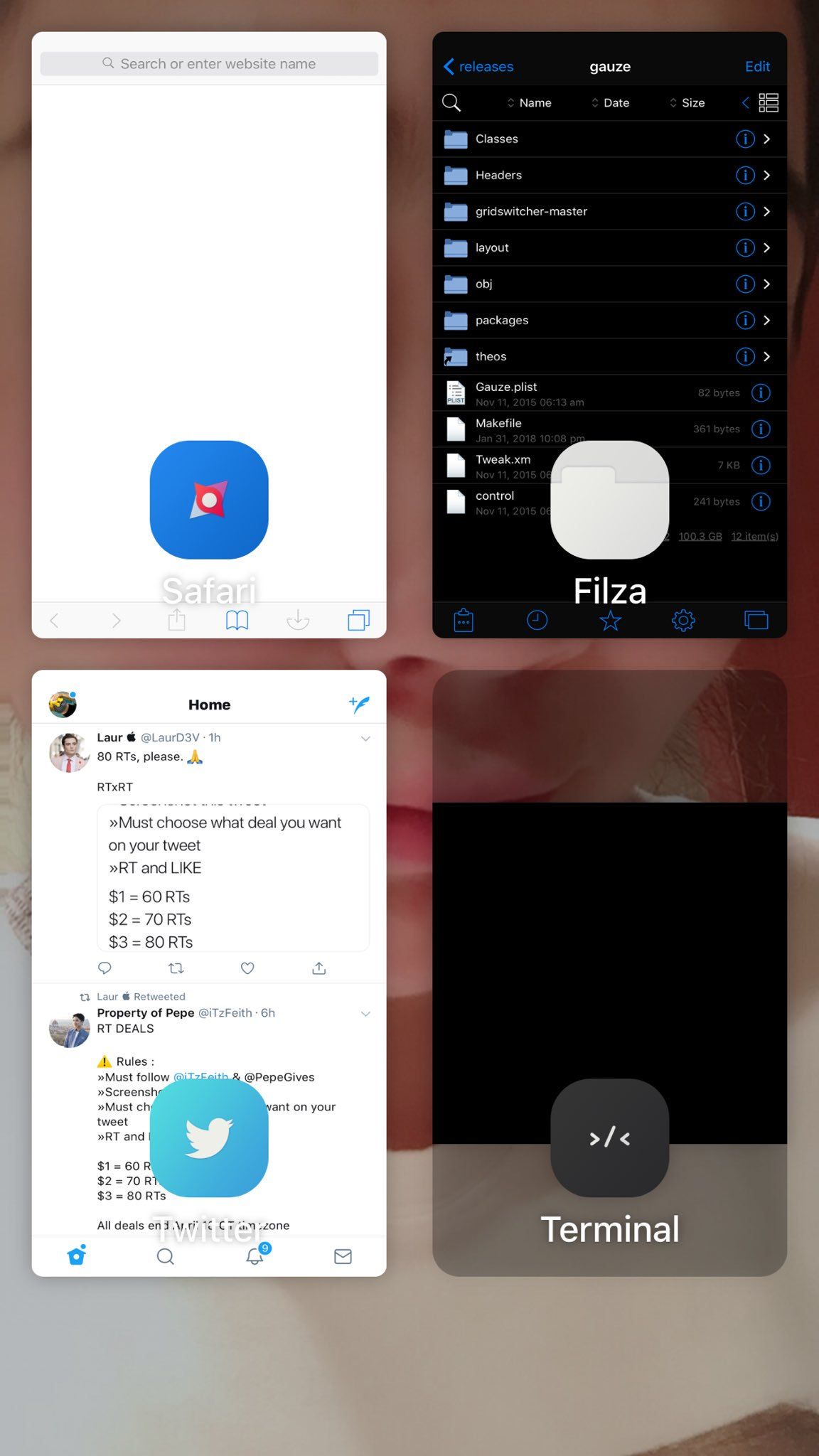 Apple tweaks the App Switcher user interface with almost every major iteration of iOS. But despite all the changes Apple made over the years, the App Switcher still harbors one recognizable issue: it wastes a ton of screen real estate.

GridSwitcher was a well-accepted jailbreak tweak released in 2015 that attempted to resolve this concern by displaying more apps in the App Switcher at a glance, but it only supported iOS 7 and 8. Today, a new jailbreak tweak called Gauze by iOS developer Antique breathes new life into this idea for jailbroken iOS 10 handsets.

In the screenshot example above, you can observe how Gauze makes the App Switcher appear more grid-like. In this form, you can view and interact with more apps at a time without as much scrolling as you’d come across in the stock App Switcher.

Each app instance sports a scaled-down screenshot preview and a corresponding application icon. Occasionally, Gauze confuses the screenshot from one app with another; this is a known issue with the current version of the tweak, and the developer is working on a fix.

When you fancy force-closing an app, you just tap and hold on an app until a red ‘X’ button appears. Tapping this button closes the app in question and removes it from the App Switcher. The rest of the cards then jump into position to fill the gap made by the recently-closed app.

The current version of Gauze (0.0.2-5) is a bit rough around the edges regarding animations and stability, but this should change with time as the developer works on bug fix updates for the near future.

If you would like to give Gauze a try, then it’s available for $1.29 from Cydia’s Packix repository. The tweak doesn’t have any options to configure and works only with jailbroken iOS 10 devices as of this writing (sorry Electra users).

What are your thoughts regarding a grid-style App Switcher? Let us know in the comments section below.