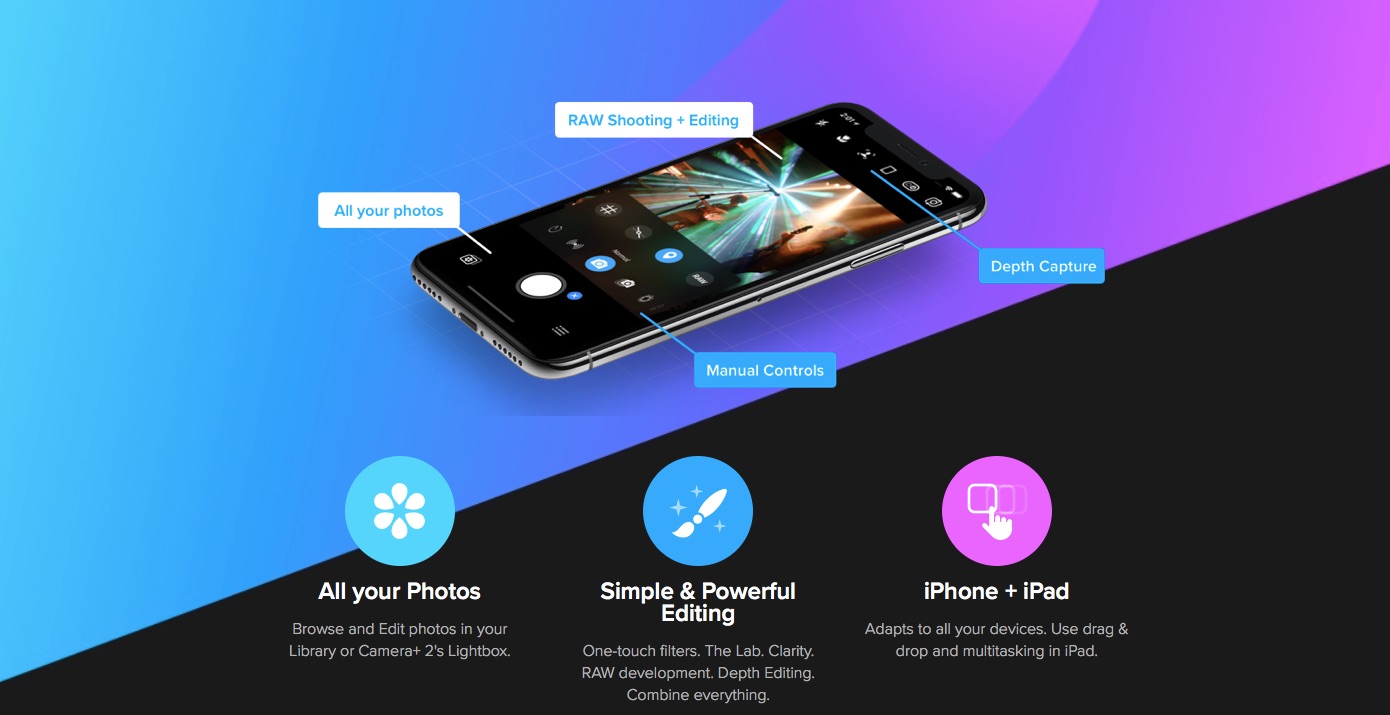 Camera+, one of the longest-standing, most capable iPhone photography apps, has been rewritten from the ground up and getting a complete visual makeover with native RAW editor, the Lightbox integrated with your Photos library and other enhancements.

While developers have been updating the iPhone app on a regular basis, the iPad edition has been languishing on the sidelines for years now and only receiving maintenance updates.

That, too, will change with the arrival of Camera+ 2, a universal app that gives iPhone and iPad owners the same features. Camera+ 2 is scheduled to launch next Tuesday, May 29, 2018. 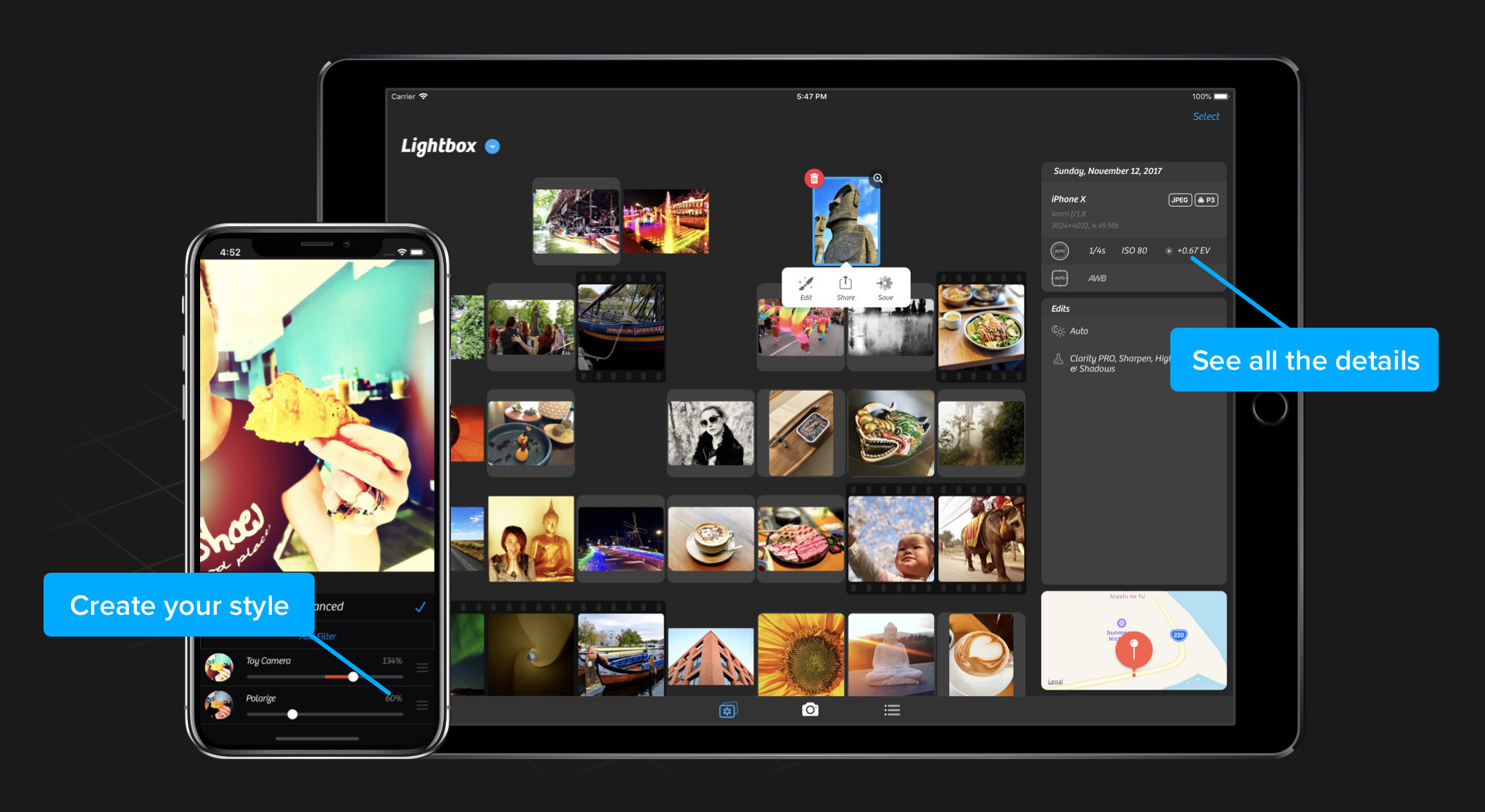 For those wondering, the new app supports multitasking and drag and drop on iPad.

This lets you use the familiar, convenient iOS multitasking gestures of your iPad to work alongside other apps and easily transfer photos in or out of Camera+ 2.

Camera+ 2 includes the features we’ve come to love, including:

As mentioned, Camera+ 2 now integrates its own Lightbox with your Photos library so you can now edit images in your Camera roll without having to import them into the app.

“We have achieved a fantastic integration with the photos you already have in your library,” developers note. “Instead of clunkily importing a photo you want to edit, doing your thing and saving it back, simply switch tabs and edit it right in place.”

By default, all the photos you take in Camera+ 2 still go into the Lightbox.

That said, the app now works equally well with the images you already have in your Photos library, without requiring that they be imported into the app. Simply flick the view to your Photos library instead of the Lightbox, then browse, manage and edit images in place.

Apple will charge you once Camera+ 2 is released, and before it is downloaded. Don’t worry, App Store will notify you when the app is available to download.