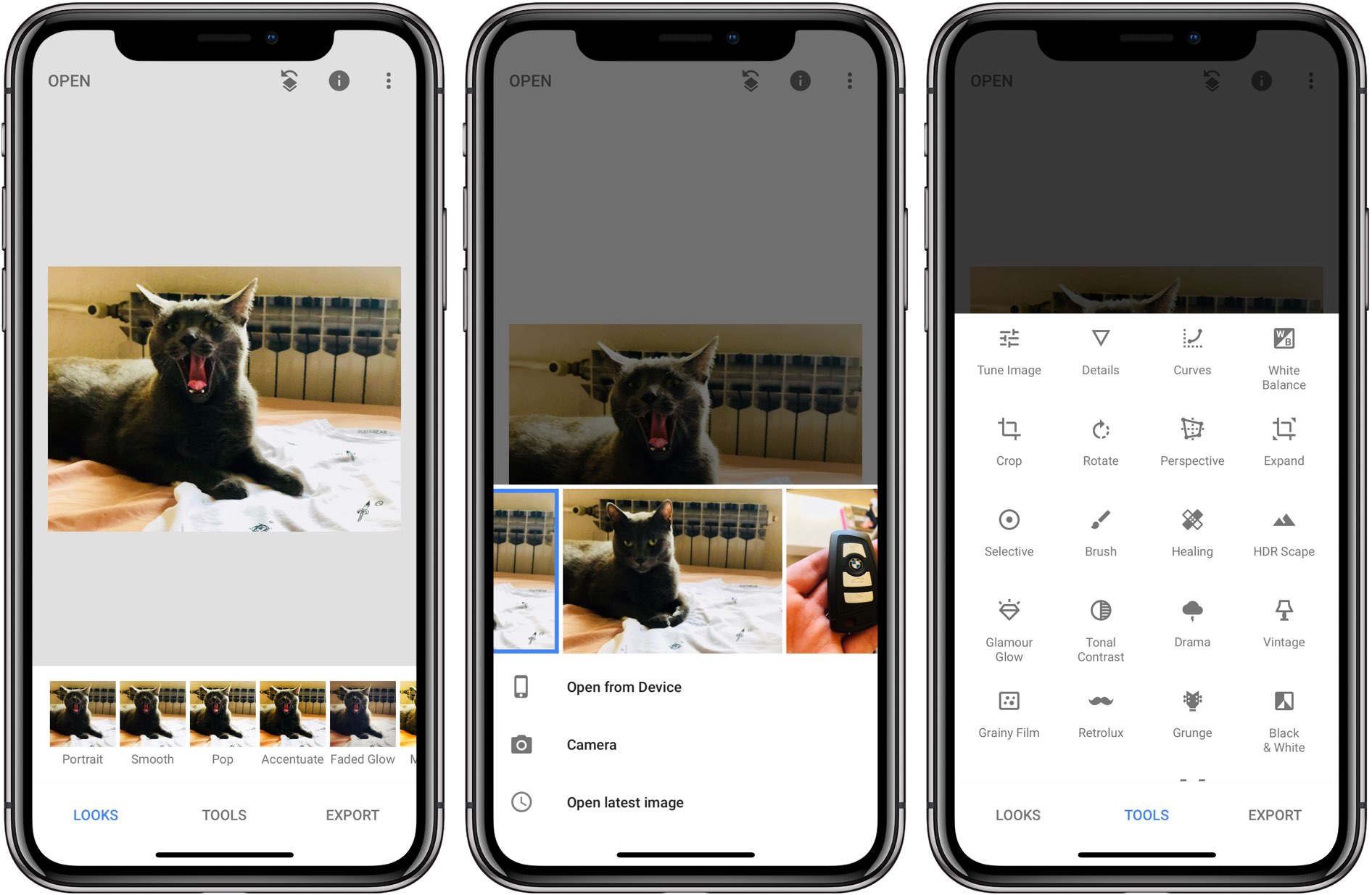 More than six months since iPhone X arrived, Google has finally updated Snapseed for iOS with full support for the device’s edge-to-edge OLED display panel. The update removes the black bars running across the top and bottom of the screen, a tell-tale sign of a non-optimized app.

No other changes are mentioned in release notes for Snapseed 2.18.1.

If you haven’t tried the app yet, you’re wholeheartedly recommended to give it a try. Not only does it sport an accessible user interface and a bunch of filters, but also robust RAW support, the ability to directly modify photos in your library (instead of editing a new copy) and more.

Best of all, Snapseed is completely free.

We’re still waiting for a similar update to Google’s Inbox app. Curiously. the search company has been working on an impending update to Gmail that adds all of Inbox’s functionality so my guess is both email apps will soon see their respective iPhone X update.

Either that, or Inbox was just a testbed for the upcoming advanced Gmail features in which case we may easily see the Inbox app pulled in a not so distant future.