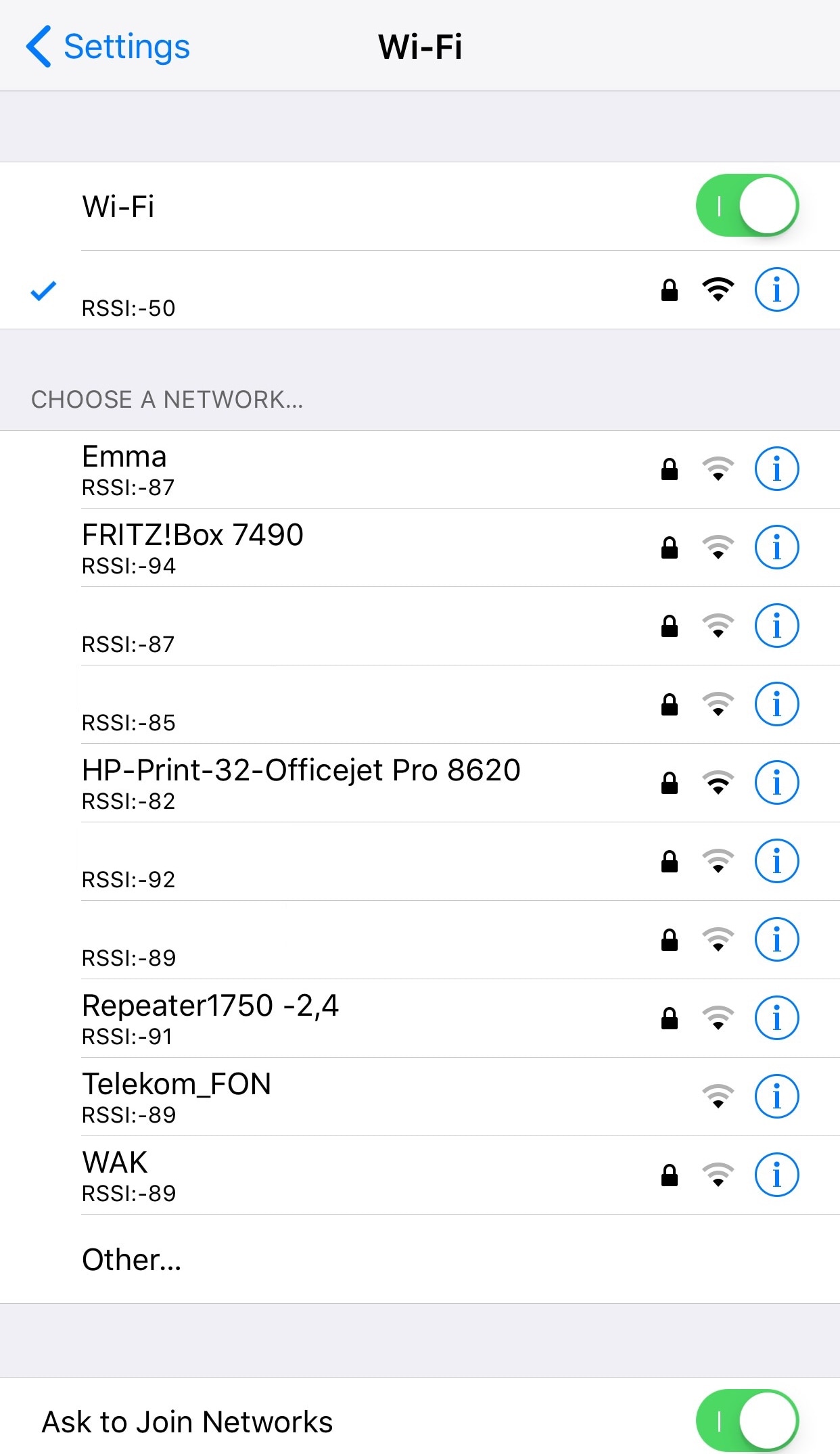 If you’d like to beef up the Wi-Fi capabilities of your jailbroken iPhone or iPad, then you might take interest in a new free jailbreak tweak called BoostedWifi by iOS developer KingPuffdaddi.

BoostedWifi augments your device’s Wi-Fi capabilities by removing the signal limit levied by Apple and displaying detailed signal levels for every network.

So what does this mean? Basically, iOS has been configured to only display Wi-Fi networks that meet a signal level baseline. If the signal level is too weak, then iOS hides it from the list of networks you can join. BoostedWifi prevents that from happening so you can see all the Wi-Fi networks around you, regardless of their signal level.

But in addition to that, BoostedWifi displays the RSSI (received signal strength indicator) for each network directly inside of iOS’ stock Wi-Fi selector preference pane, as shown above. This is intended to give you an idea of how strong or weak each Wi-Fi signal is in a more detailed manner than the stock Wi-Fi indicator.

Not everyone has a use for such detailed Wi-Fi information, but BoostedWifi should be an obvious addition for anyone takes an interest in Wi-Fi networking, or that might want to know more about the Wi-Fi networks around them.

With no options to configure, merely installing the tweak imposes its effects automatically, and the only way to disable it is to uninstall the tweak through Cydia.

If you’d like to give BoostedWifi a try, then you can grab it for free from Cydia’s BigBoss repository. BoostedWifi is intended to work only on jailbroken iOS 11 devices. For earlier versions of iOS, check out Wi-Fi – The Strongest Link.

Do you have a use for BoostedWifi’s upgraded Wi-Fi stats? Let us know in the comments section below.