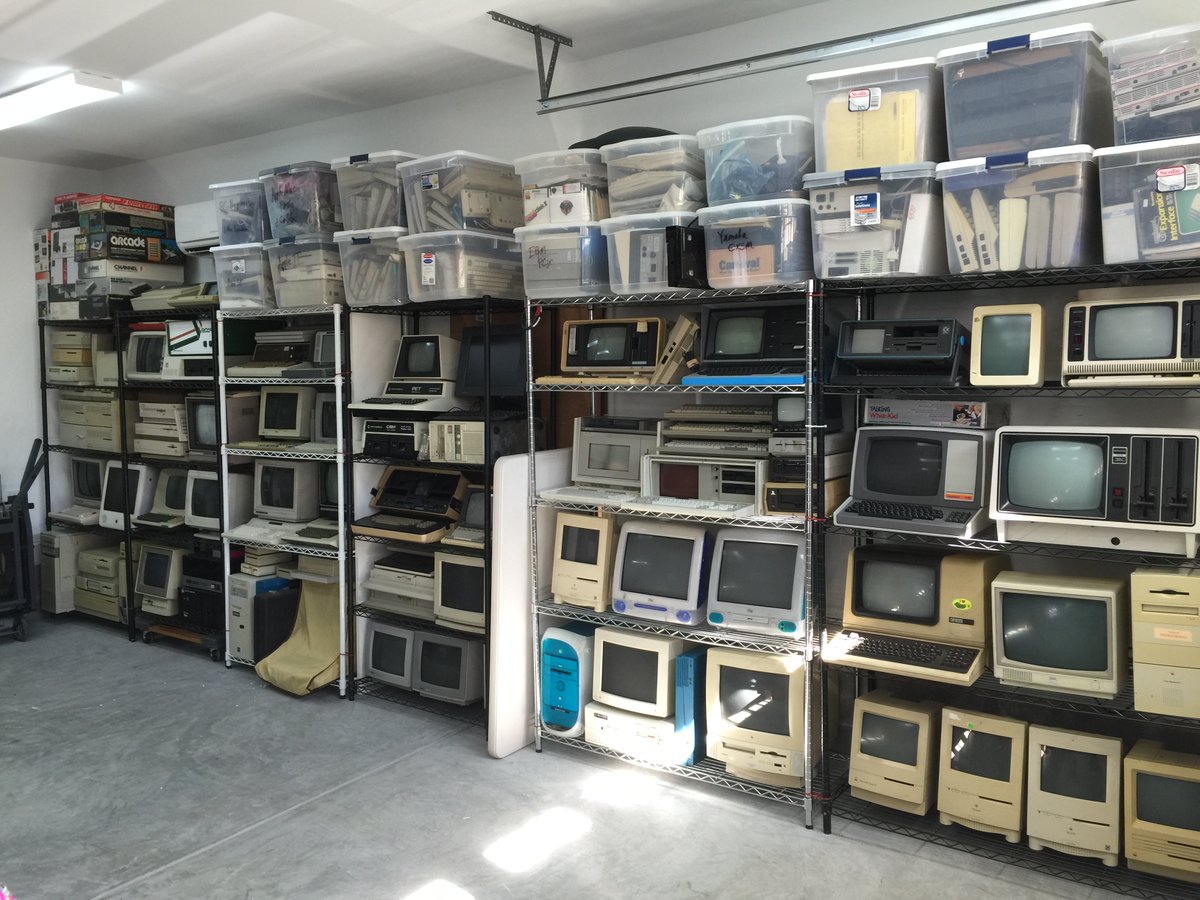 Want to start a computer museum of your own? Talk to Benj Edwards.

Benj, who is a journalist, technology historian, musician and writer for Fast Company, has been collecting various pieces of ancient computer technology since 1993. “I did most of my collecting locally over the past 25 years,” he says.

His collection so far includes about 80 classic Apple computers, many going back to the 1980s. In addition to a bunch of Apple’s original Power Macintosh towers and a Lisa 2, Edwards has over the years managed to gather a bunch of various models of the PowerBook notebooks, several Mac II and Mac Classic series models and more.

But that’s hardly all of it.

He also owns nineteen Commodore computers (including a few VIC-20s), nearly 150 gaming consoles, 72 classic PC computers and other gadgets, not including thousands of accessories. I was most impressed with some of the really old vintage stuff lying around in his basement, such as a PET 2001, Epson’s QX-10, a Sinclair QL and an Atari TT030.

“Does anybody want to buy a computer collection I have been gathering since 1993?”, he asked on Twitter. “I am considering a move, and I’m not sure these can go with me to the new place. Would love to keep them all together somehow,” he added.

By the way, the vintage computers pictured on the photograph top of post represent less than half of Benj’s truly impressive collection, which you check out in full over at Vintage Computing and Gaming: Adventures in Classic Technology,a blog about vintage technology that he runs.

It’s quite a collection, a museum in its own right.