On iOS 11.3 and up, you have the ability to sort user-submitted reviews in App Store.

Before iOS 11, you could sort reviews based on the latest version or all versions. These pretty basic filtering options have now been rethought for iOS 11.3 with an expanded scope.

Users who have iOS 11.3 or later installed on their device can filter app and game reviews in App Store by four basic categories, just like they’d sort macOS app reviews on Mac App Store.

How to sort App Store reviews

To filter the reviews in App Store by different criterion, do this:

3) On the item’s page, tap the link “See All” under the Ratings & Reviews section.

4) Tap the link ”Sort By”, then choose how you’d like the items to be filtered:

If you’re seeing outdated reviews dating as far back as 2008, choosing the Most Recent option should do the trick. Now, I always try to peruse a few of the most favorable and the most critical reviews written by other users before buying a new game, and so should you.

Reading both positive and negative reviews helps me make an informed purchasing decision.

Your mileage may vary, with some people preferring to distill the reviews down to the ones that have received the most helpful feedback from other users, which also makes sense.

Speaking of which, you can mark any review in App Store as “Helpful” or “Not Helpful”. Apple will take those signals into account to surface the relevant reviews when any other user chooses to sort the reviews based on the most helpful feedback. 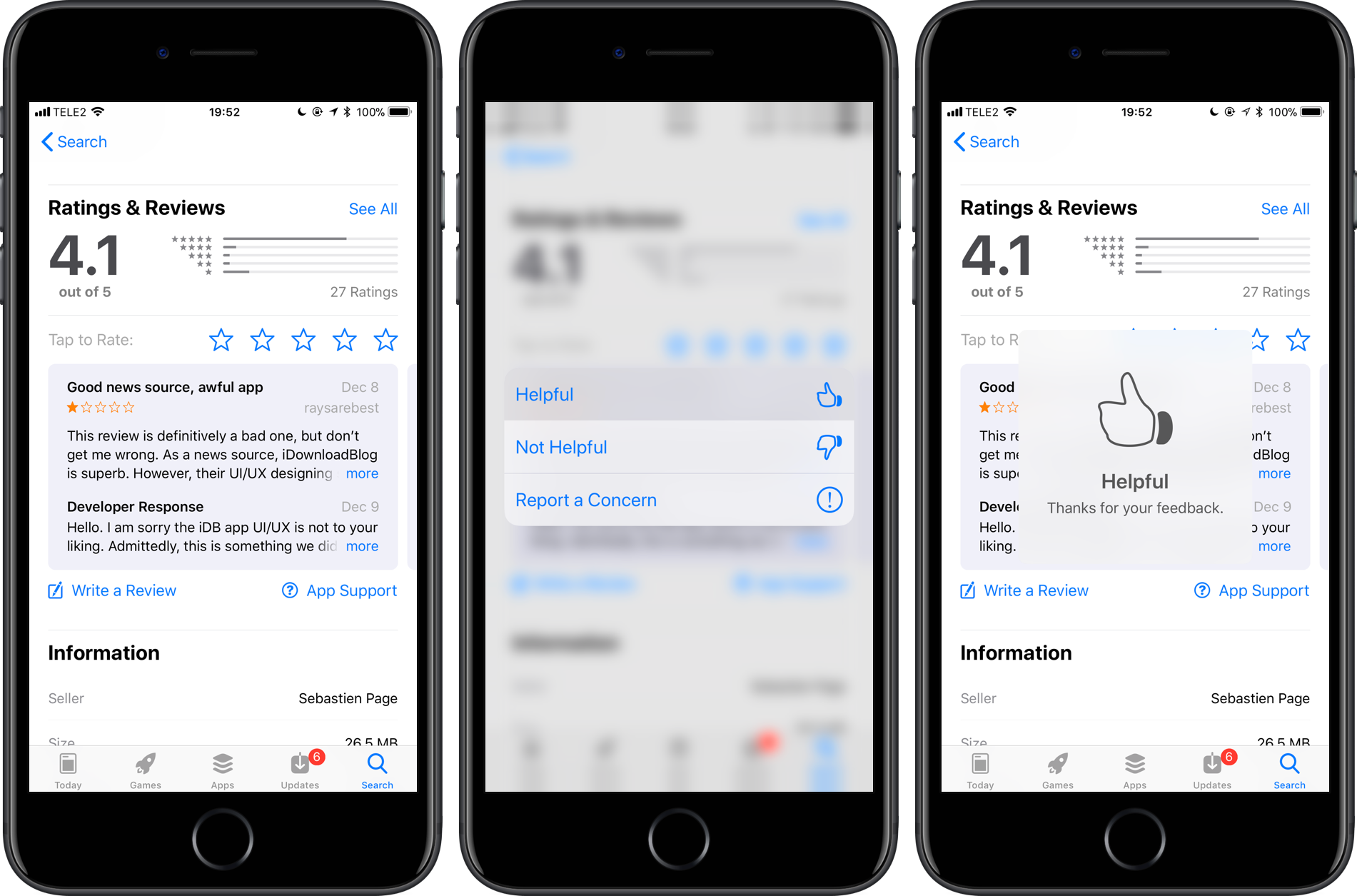 Tell Apple if you find a particular review helpful