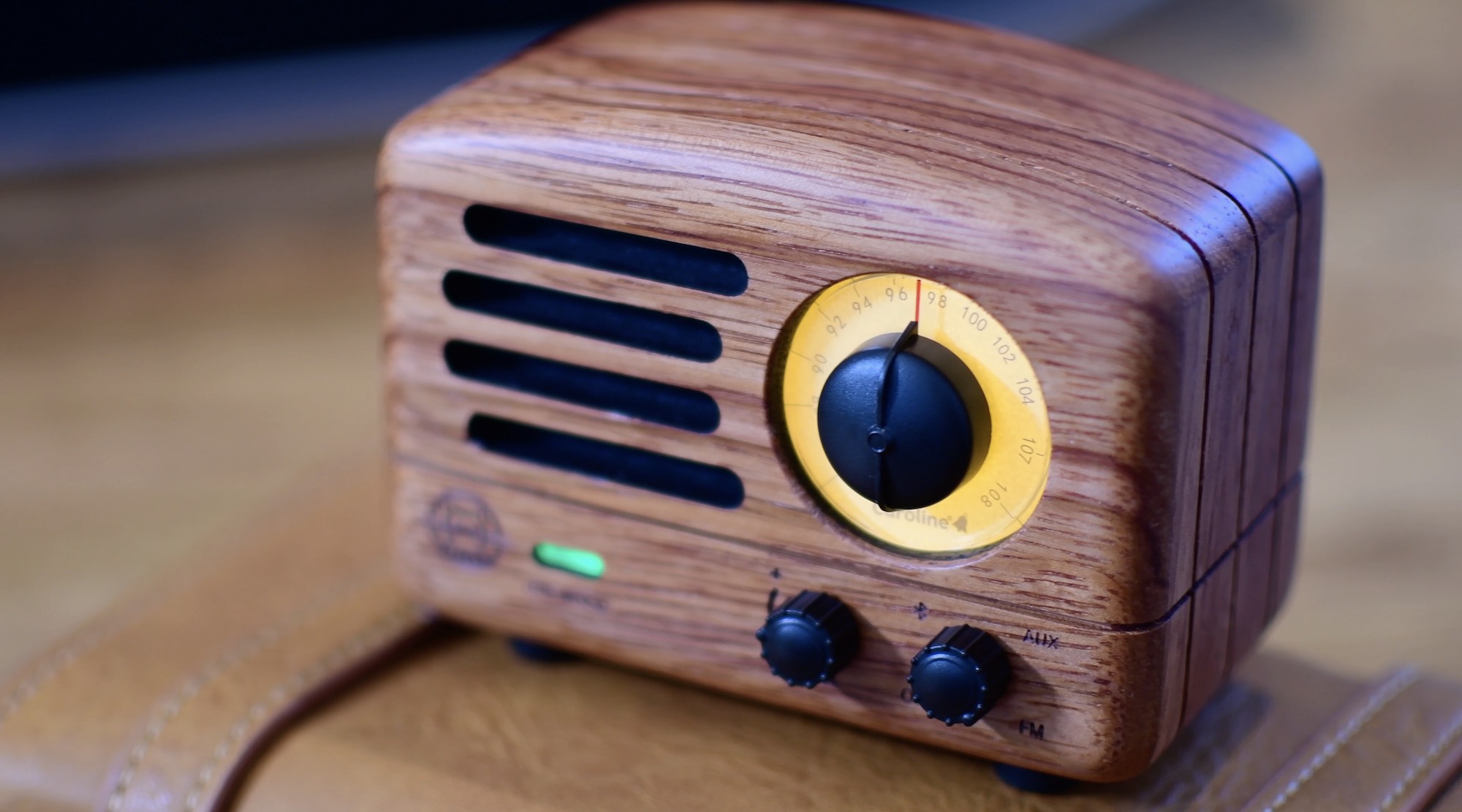 The Muzen OTR Wood is a Bluetooth speaker and radio that not only looks great, but helps support a great cause. Check out our hands-on video review to see how the minuscule speaker holds up.

I’ve put together a short video to highlight the best features of the Muzen OTR Wood.

Video out of the way, let’s go ahead and dive in.

The Muzen OTR Wood is a tiny Bluetooth speaker with additional analog and FM radio inputs.

It is quite small in stature, though I was surprised at how robust the sound was. 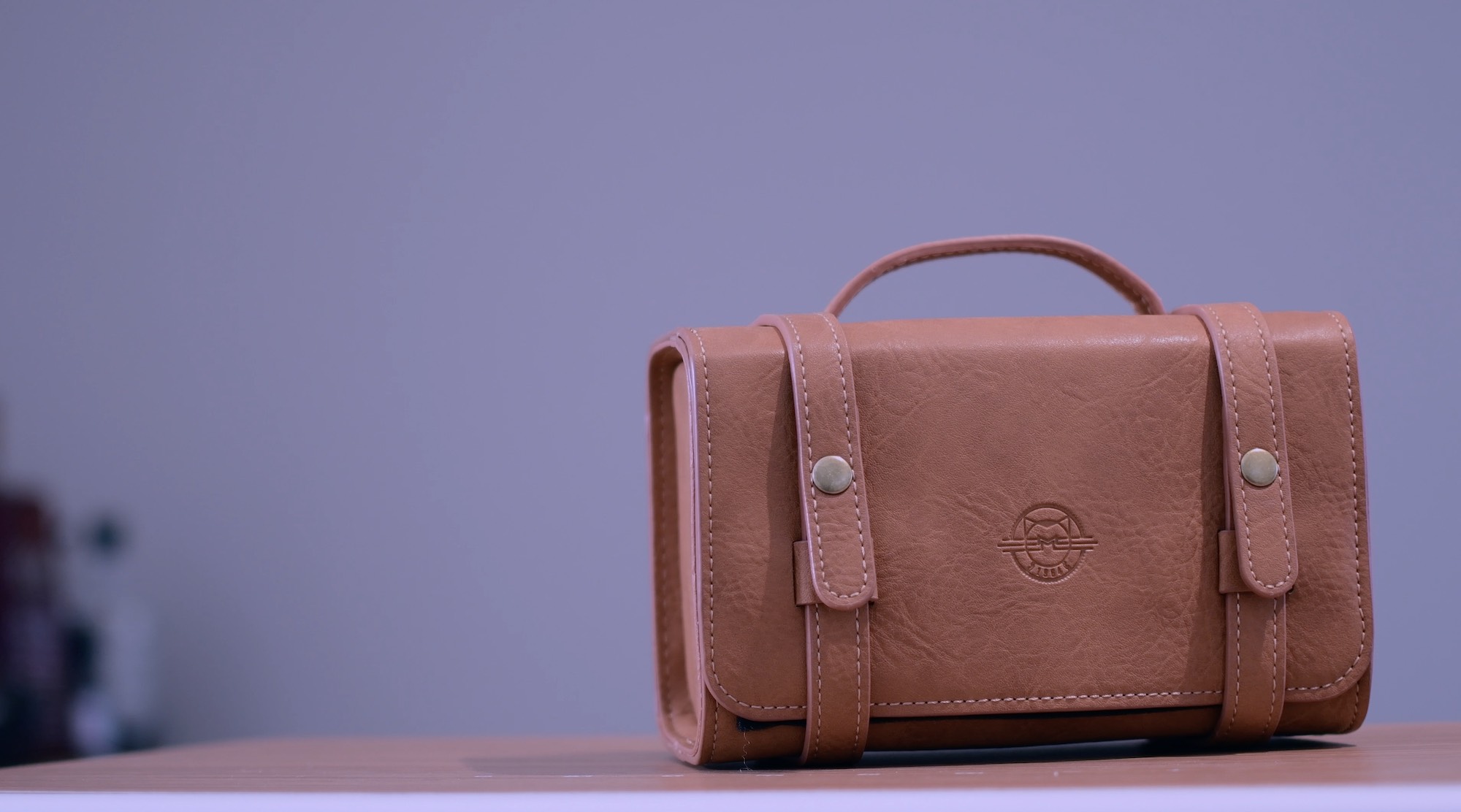 Each speaker is hand finished out of rosewood, and comes in a leather wrap as well as a leather case. To be honest, while the case is super nice, I’m not sure when I’d use it.

Along the back, there is a Micro USB port for charging, as well as auxiliary audio. The battery life was pretty solid. I played music at about 50% volume, and I got a solid 10 hours and 15 minutes of play time before it died on me. 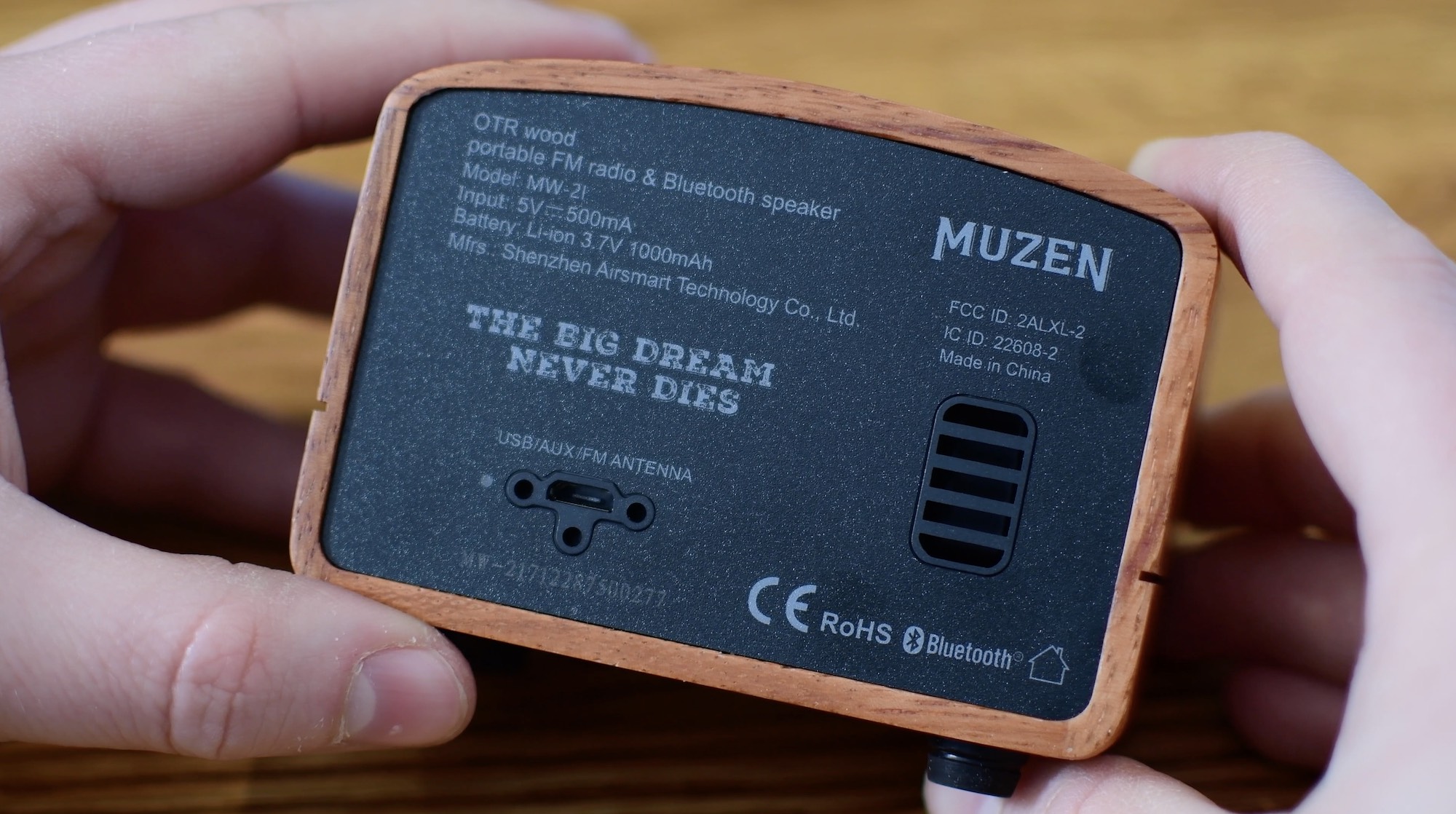 I also think it is worth noting the partnership between Muzen Audio, and Radio Caroline. You can learn more about Radio Caroline on their site, but the high-level overview is that it is a British radio station that spun off the belief they should be independent of record companies control.

It originally launched as pirate radio station through a series of ships broadcasting from international waters, and now streams 24/7 on the radio. If you choose to pick up the Muzen OTR Wood speaker, 10% of proceeds will go back to Radio Caroline.

How does it sound?

In my testing, streaming over Bluetooth, the audio was quite good. It is still Bluetooth quality, so it shouldn’t be considered the clearest audio in the world. Especially compared to AirPlay or Qualcomm aptX.

I did notice that because of the diminutive size, the bass is a bit weak. That is totally understandable in this form factor. 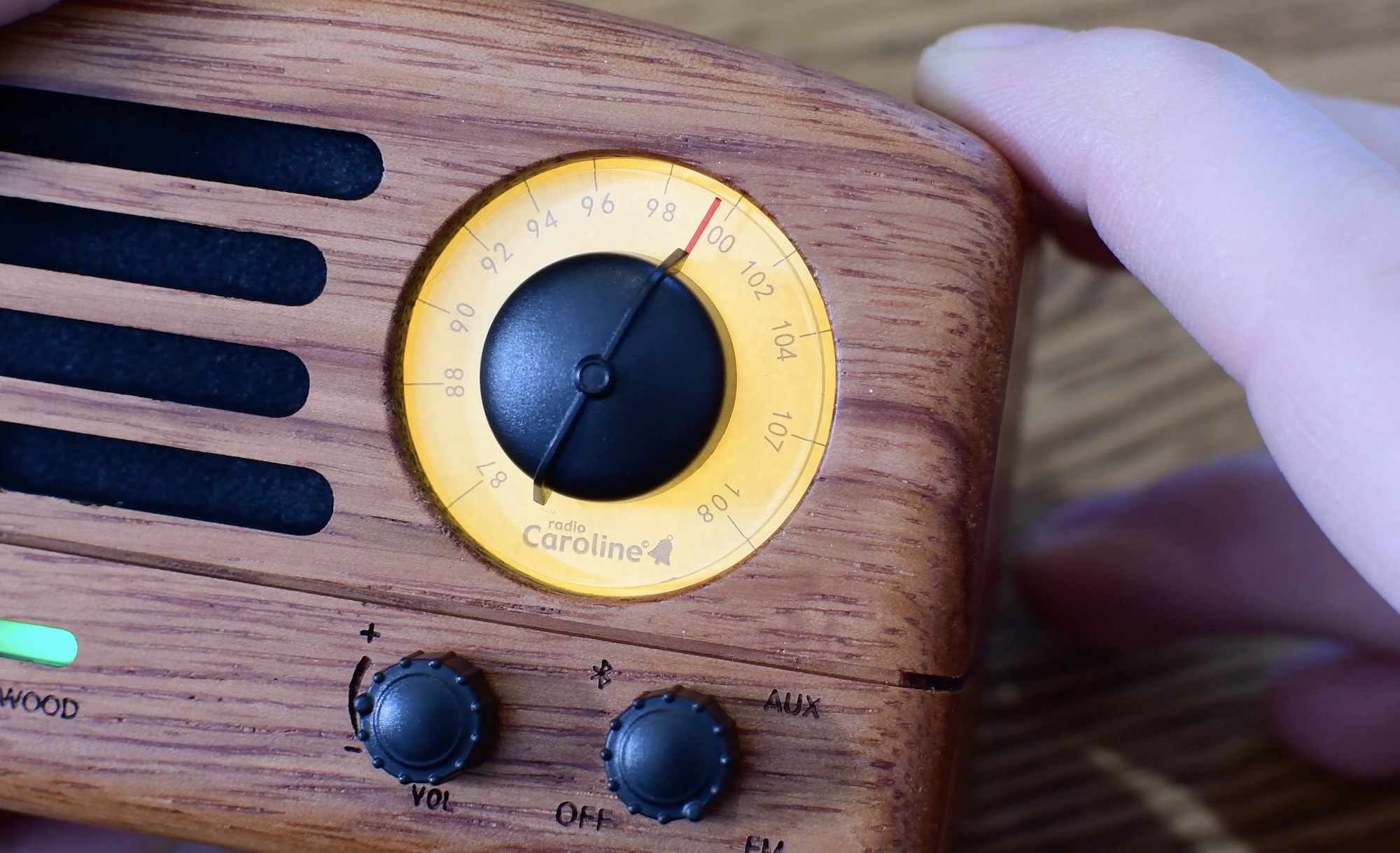 When I was trying out the radio, I found that the internal antenna was a bit ill-equipped. It worked pretty solidly outside, but when I was indoors, it would have been much more beneficial to use an external antenna.

That said, if I’m indoors, why wouldn’t I be using an app to stream radio over Wi-Fi.

It paired to my iPhone X pretty seamlessly, and got solid connection throughout the lower level of my home. Nothing crazy as far as distance, but it kept the signal strength strong without many drops. 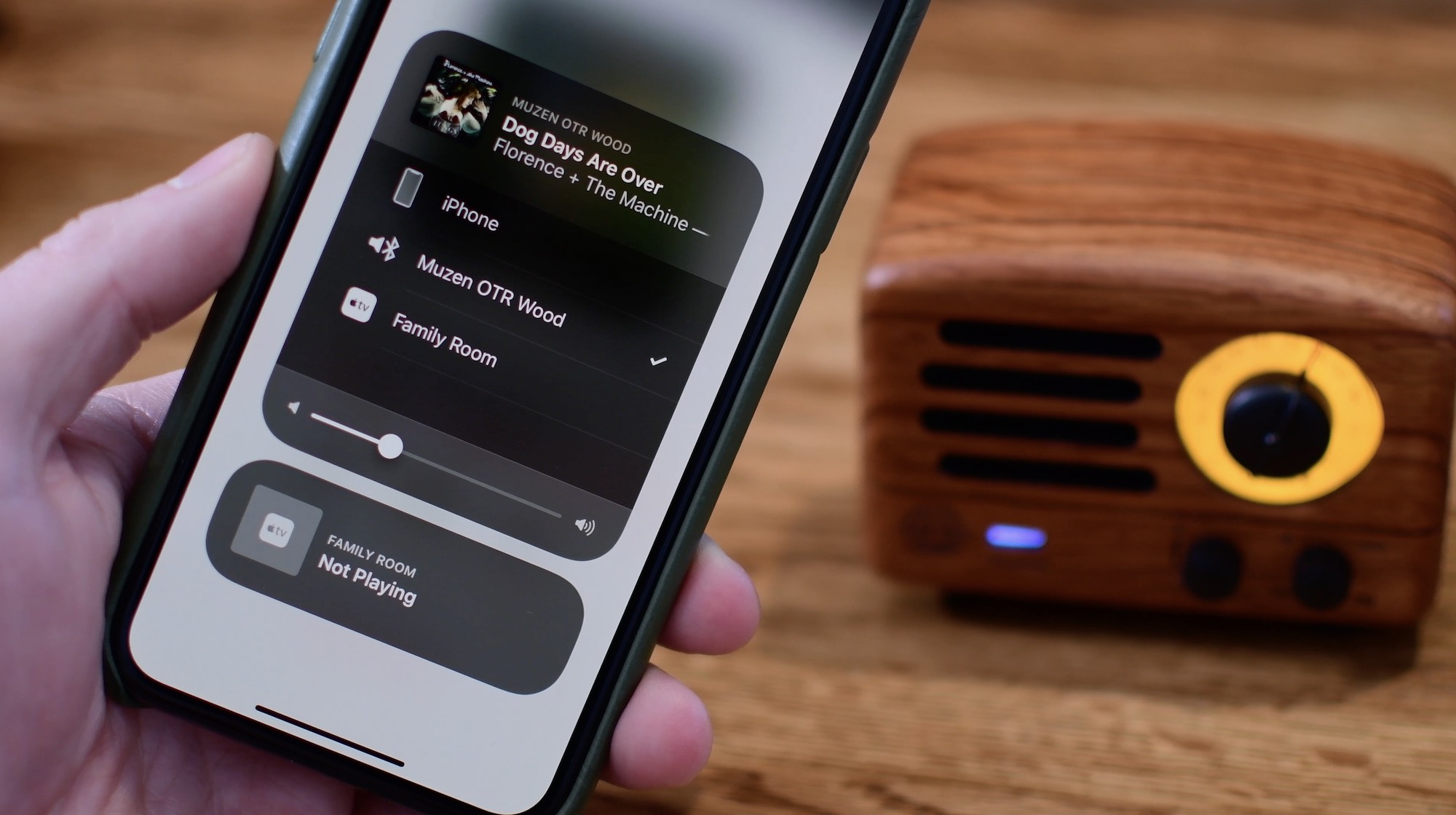 I’m a sucker for speakers. I’ve amassed many from tiny ones to big ones.

The look of the Muzen is pretty awesome, and the build quality is fantastic. It is without a doubt a great conversation starter, and everyone who has had the chance to see it immediately asks about it. 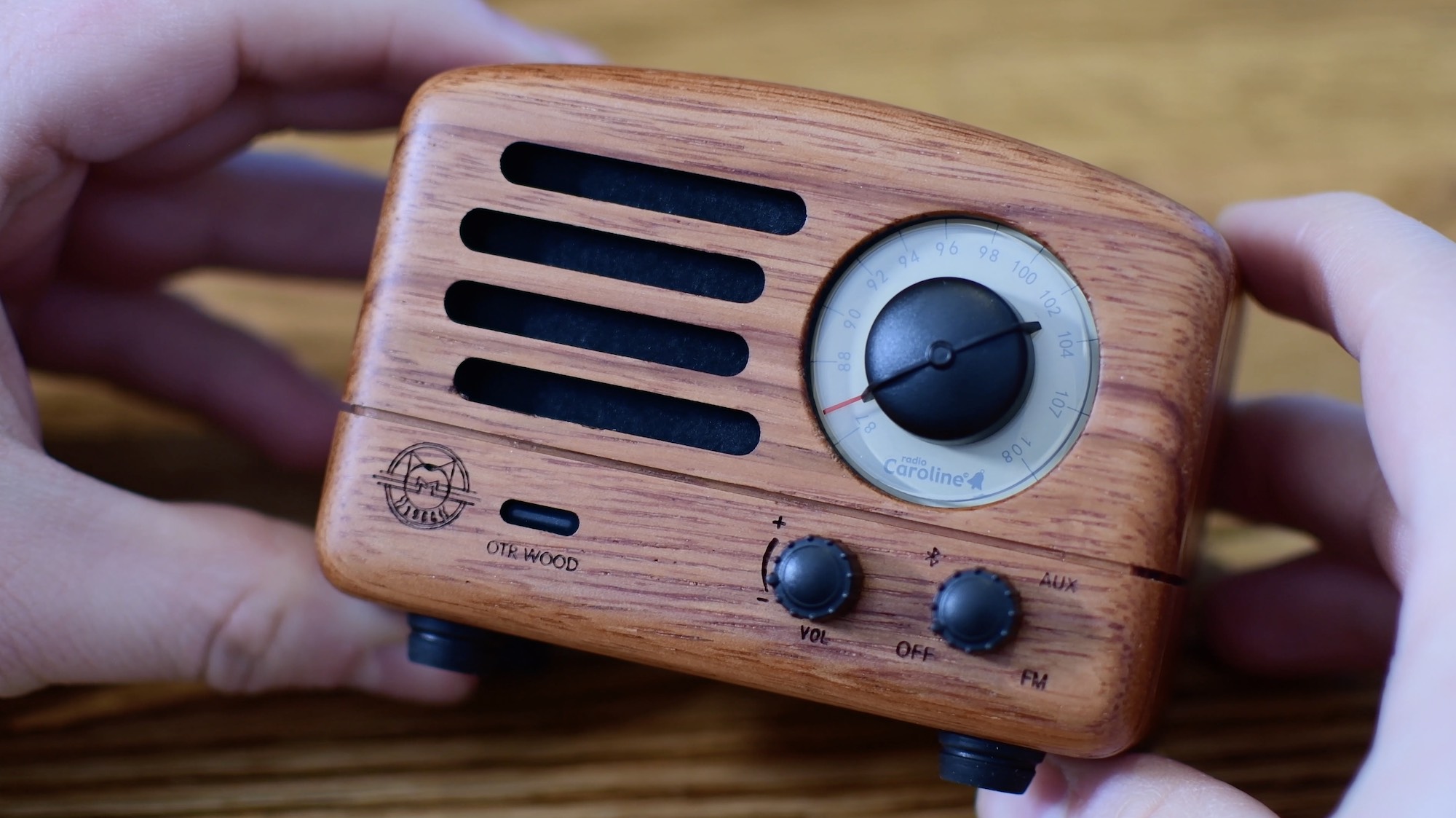 I like that not only is it powerful, well built, and full-featured, but that a portion of proceeds go to a great music organization.

The Muzen OTR Wood can be picked up on Indiegogo right now for $69, which is 22% off retail.

It is always worth noting that any crowdfunding campaign is not a guarantee, and you should jump in at your own risk. That said, Muzen Audio has been around for a while, and I can attest based on the sample I received, the product is ready for full production, which is often the biggest hurdle.

What do you think of the retro-forward design of the Muzen OTR Wood speaker? Is it your style? Let us know down in the comments.