Uber for iPhone was updated on App Store yesterday and it brings back seamless integration with Apple Maps and the ability to hail a ride using the Siri smart assistant, the two features that were removed without explanation from the previous update issued in January.

Although release notes for Uber for iPhone version 3.284.10001 make no mention of this, Siri and Maps integration has been indeed reinstated.

UPDATE: It would seem Siri integration is currently limited to customers in the United States, with non-US users getting a “Sorry, there was a problem with the app” message from Siri. 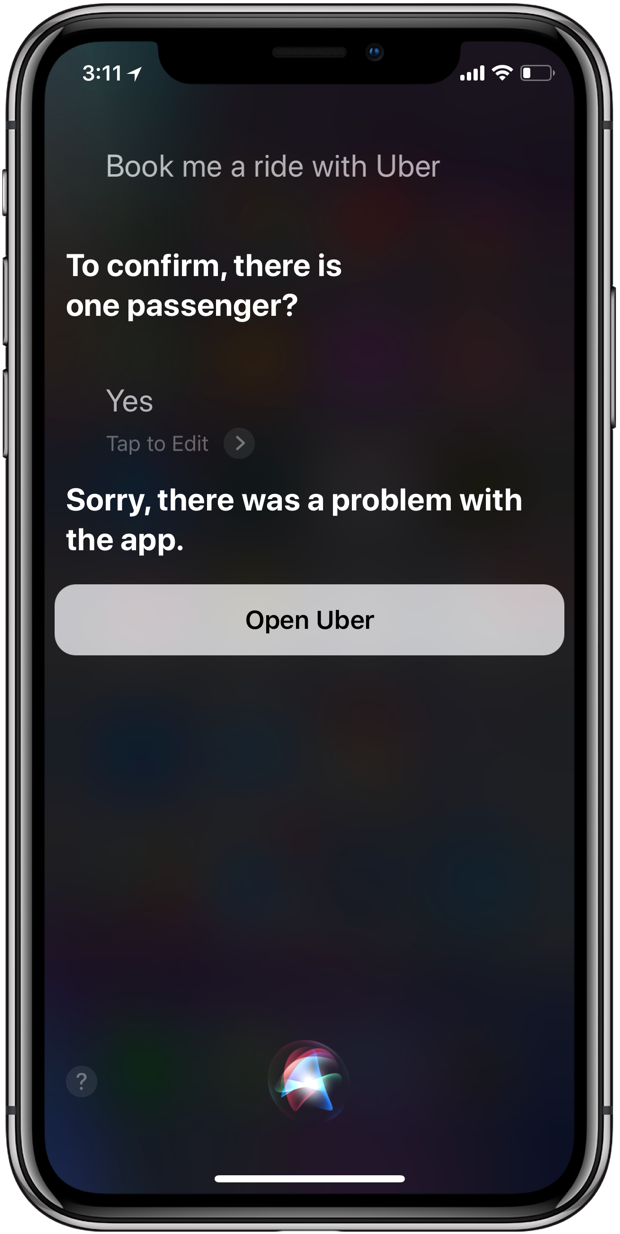 MacRumors has spotted the same problem with Uber’s Siri integration.

If necessary, you may need to manually reenable these two features by sliding the Use with Siri switch to the ON position in Settings → Uber → Siri & Search. Also, turn on Maps integration for Uber in Setting → Maps, right underneath the Ride Booking Extensions heading.