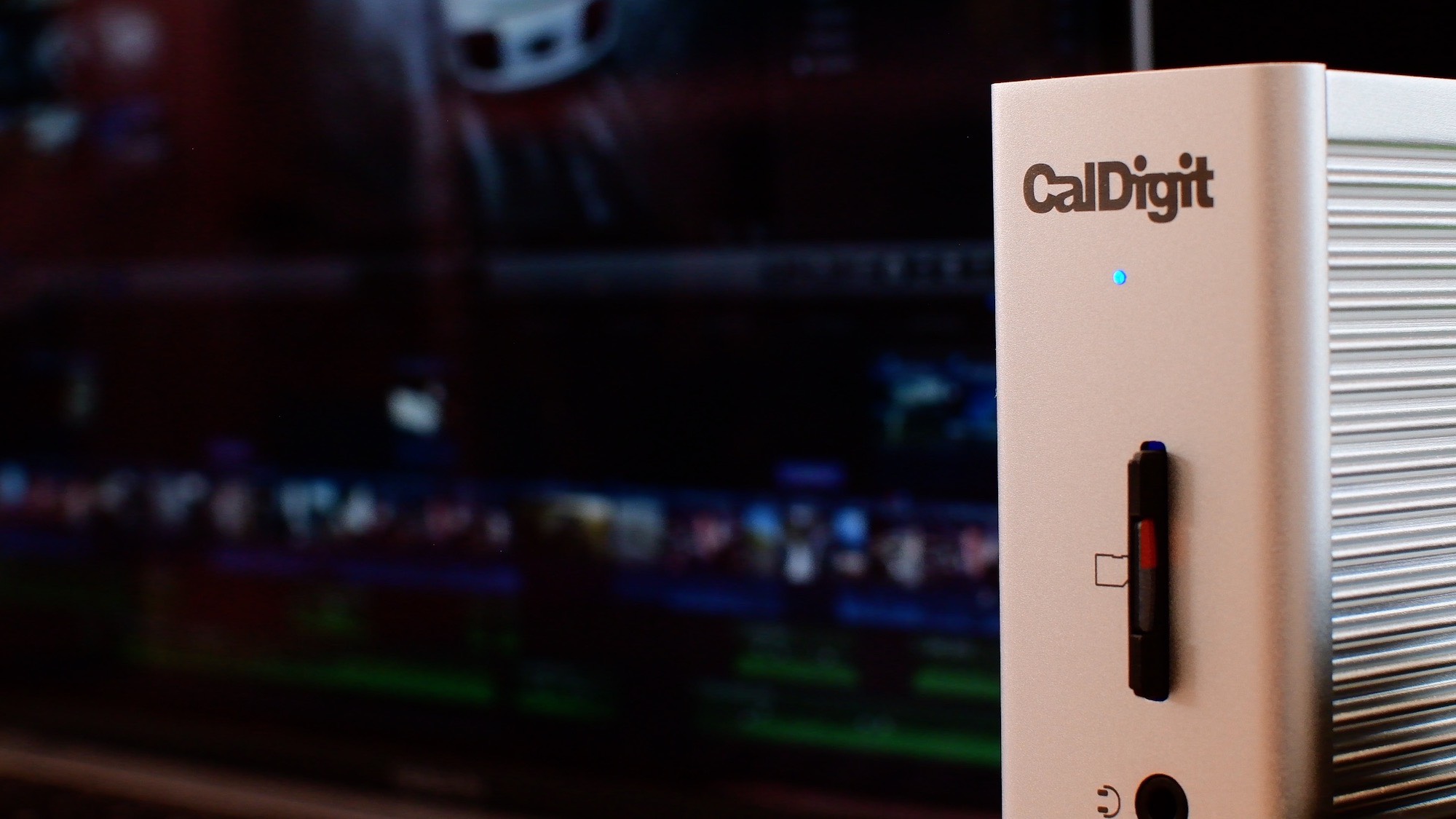 CalDigit today unveiled a new version of its well-received Thunderbolt 3 docking station. We put it through its paces, and it’s better in almost every way.

At the tail end, we’ve also included a handy chart to denote the ports and features available on the new TS3 Plus device, as well as their previous TS3 docking station.

In the process of going from the original to the updated version, CalDigit has managed to add several new I/O ports while at the same time making the entire device smaller. This is no small task and is the reason why CalDigit continues to be one of the best options when it comes to Thunderbolt docking stations.

As always, check out our hands-on video before perusing our in-depth review.

When we reviewed the first one, we were very impressed but had two concerns. Many readers/viewers out there wanted more USB Type-A ports. I know I wanted more USB-C ports. In the TS3 Plus, we both got our wish.

Let’s jump in and see what else has bee refreshed.

As a refresher, Thunderbolt docking stations plug into your Mac or Windows PC to handle all your peripherals via a single cable—including monitors, external storage, Ethernet, audio and more—while at the same time delivering up to 85W of power to your machine. 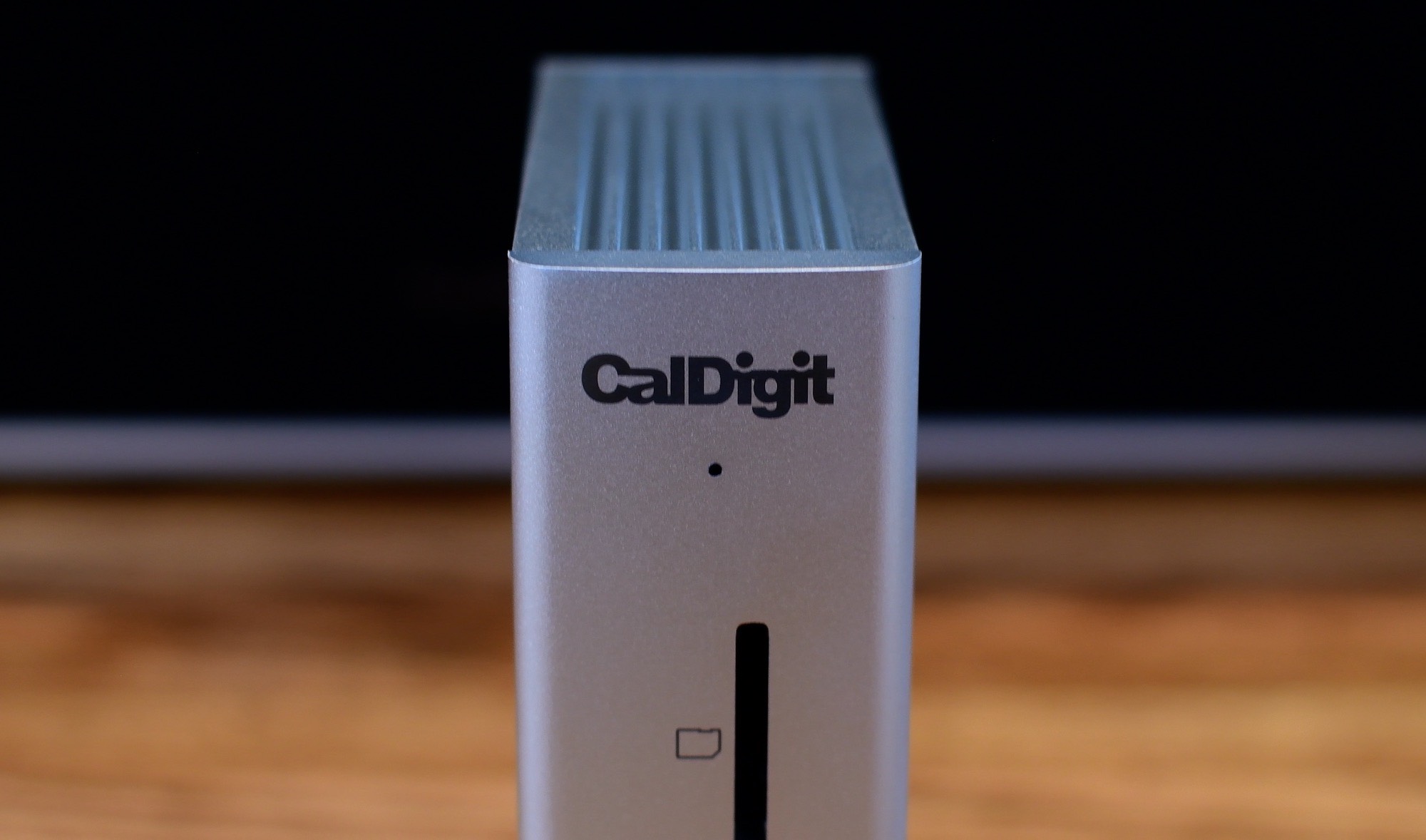 CalDigit is one of the few Thunderbolt 3 docks capable of charging not only Macs, but Windows machines as well. The design of the accessory is largely unchanged from the original: it sports the same aesthetics and can work vertically as well as horizontally, depending on your setup.

It’s actually a bit smaller than the first iteration, something I’m still impressed by.

This is probably what everyone came here to see. 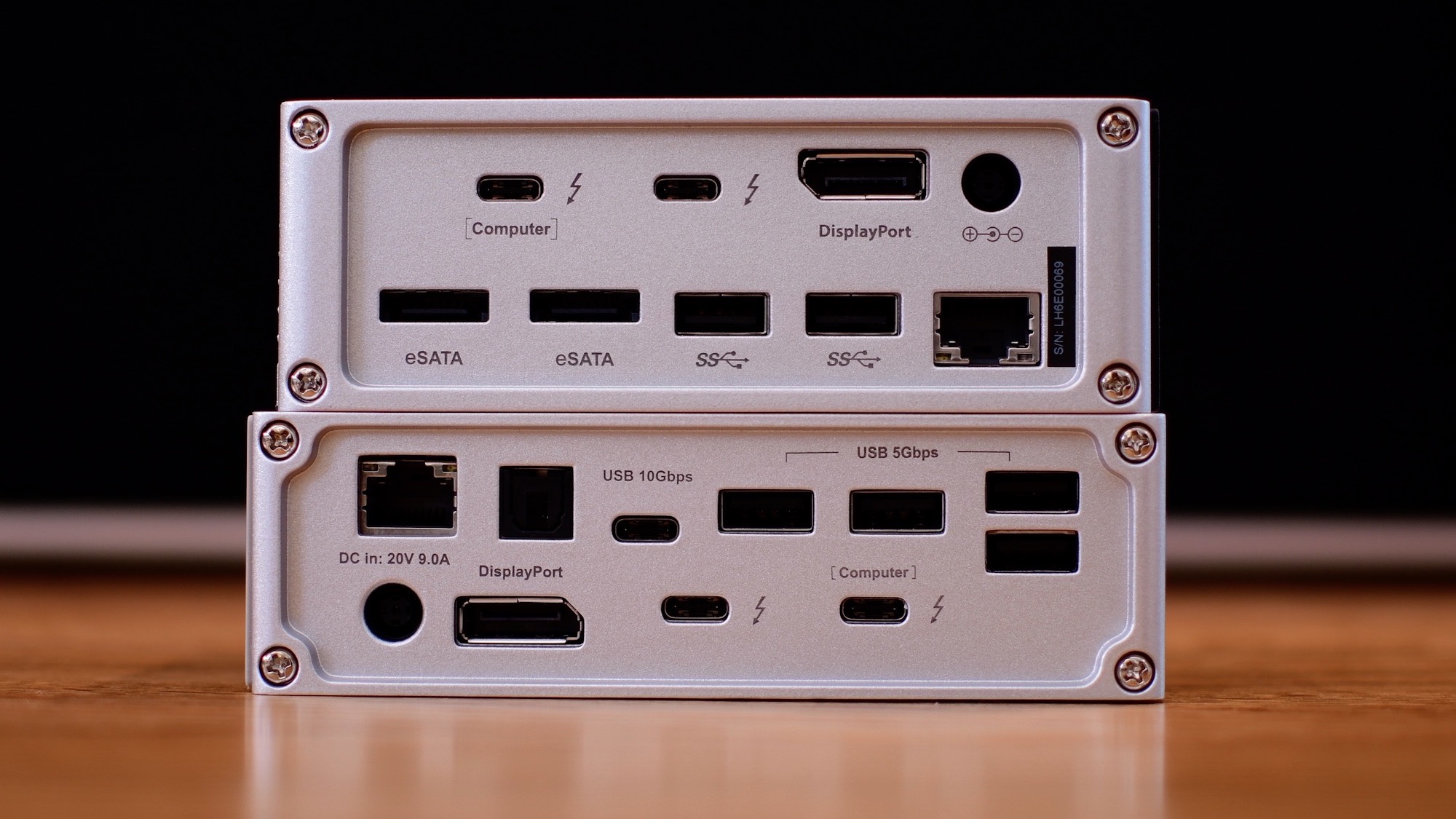 Ports are what can make or break a docking station. I don’t think CalDigit will disappoint in that regard with its dizzying array of fifteen ports. The important ones include five USB Type-A ports (for all your older peripherals), a new SD card slot out the front, digital optical audio output for superior audio quality and (for the first time in a Thunderbolt 3 dock) a USB 3.1 Type-C Gen 2 port capable of up to 10GBps transfer speed. 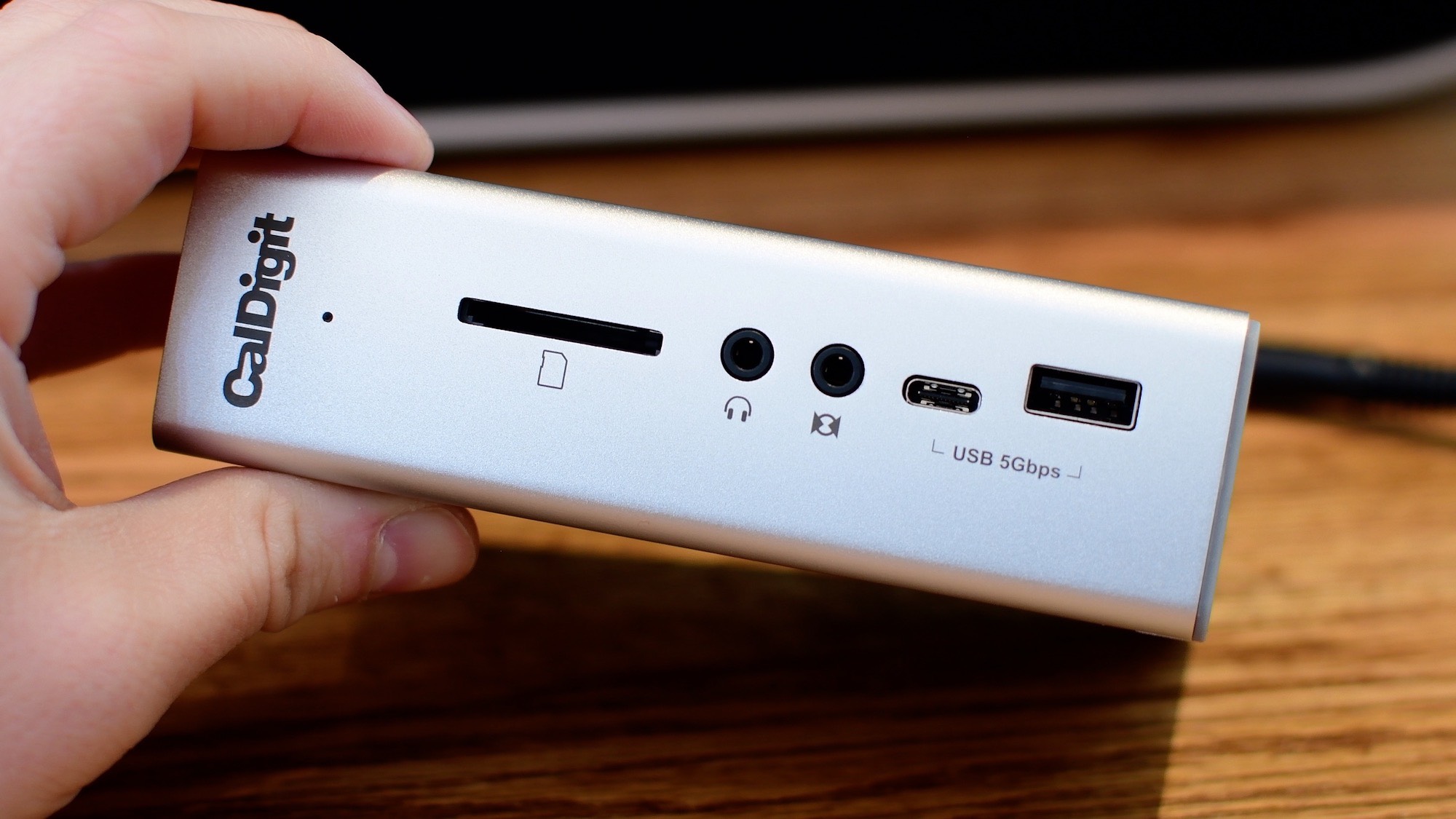 Previously, we saw OWC’s Thunderbolt dock which maxed out at 13 ports, but CalDigit has quickly surpassed them. Even the SD card reader is speedy enough, with CalDigit opting for the UHS-II variant which is capable of 312MB/s max speed versus others that are around 104MB/s.

The only drawback is the loss of the dual eSATA ports, which is fairly understandable as I am probably one of the few people who continue to use them every so often.

Honestly, there isn’t much to knock about the updated TS3 Plus.

It has a few additional USB-C ports—exactly what I’d been asking for—which brings the total number of USB ports to seven. That’s a ton of peripherals that can be attached to this dock! 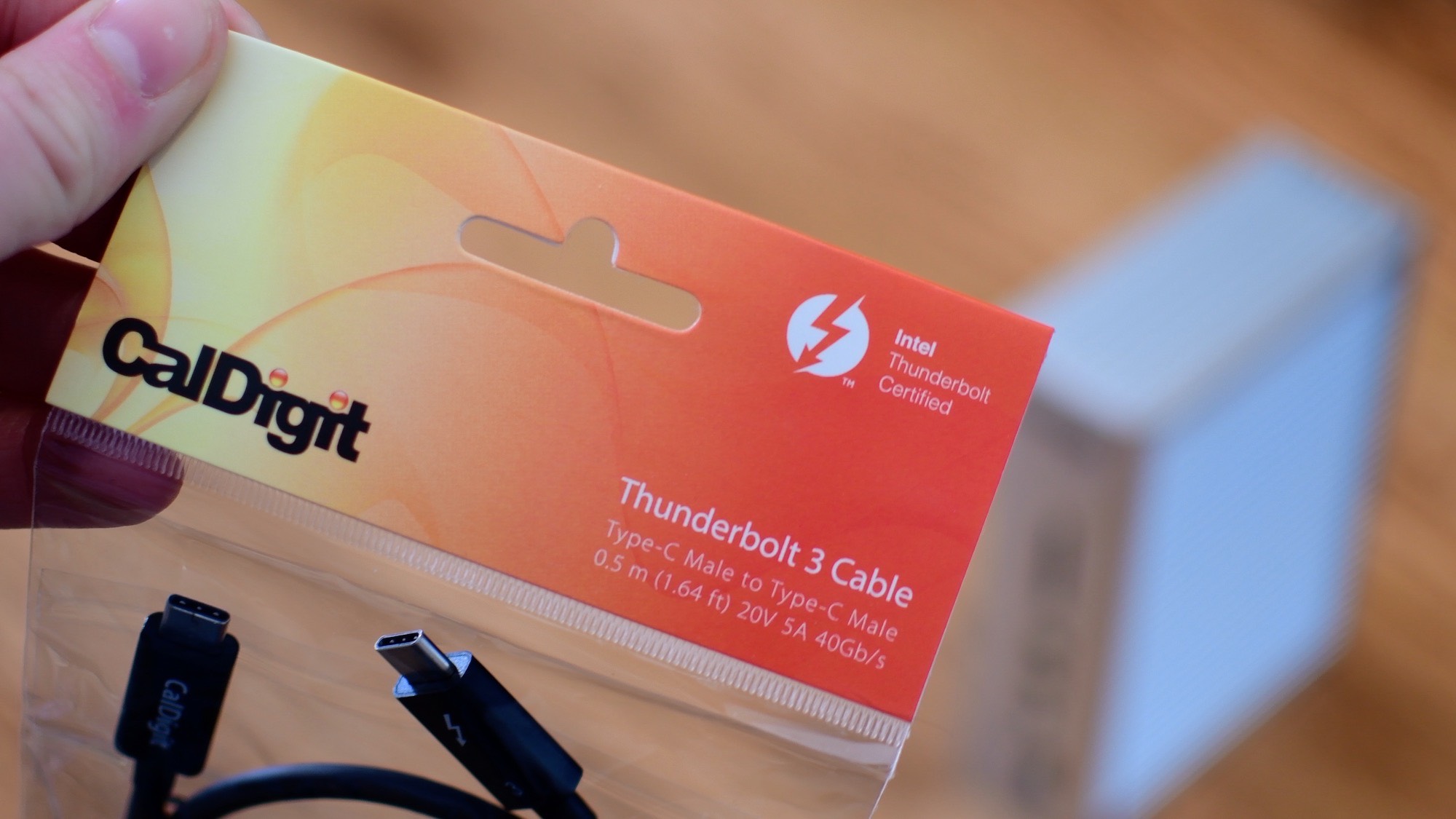 I like how compact it is and that it works in different orientations. On my desk, horizontal space is at a premium, which makes vertical mode perfect for me.

The SD card reader on the front has been extremely handy for me. However, as I also shoot on a XQD card frequently, I’m still going to use my adapter.

There are a lot of options for Thunderbolt 3 docks. 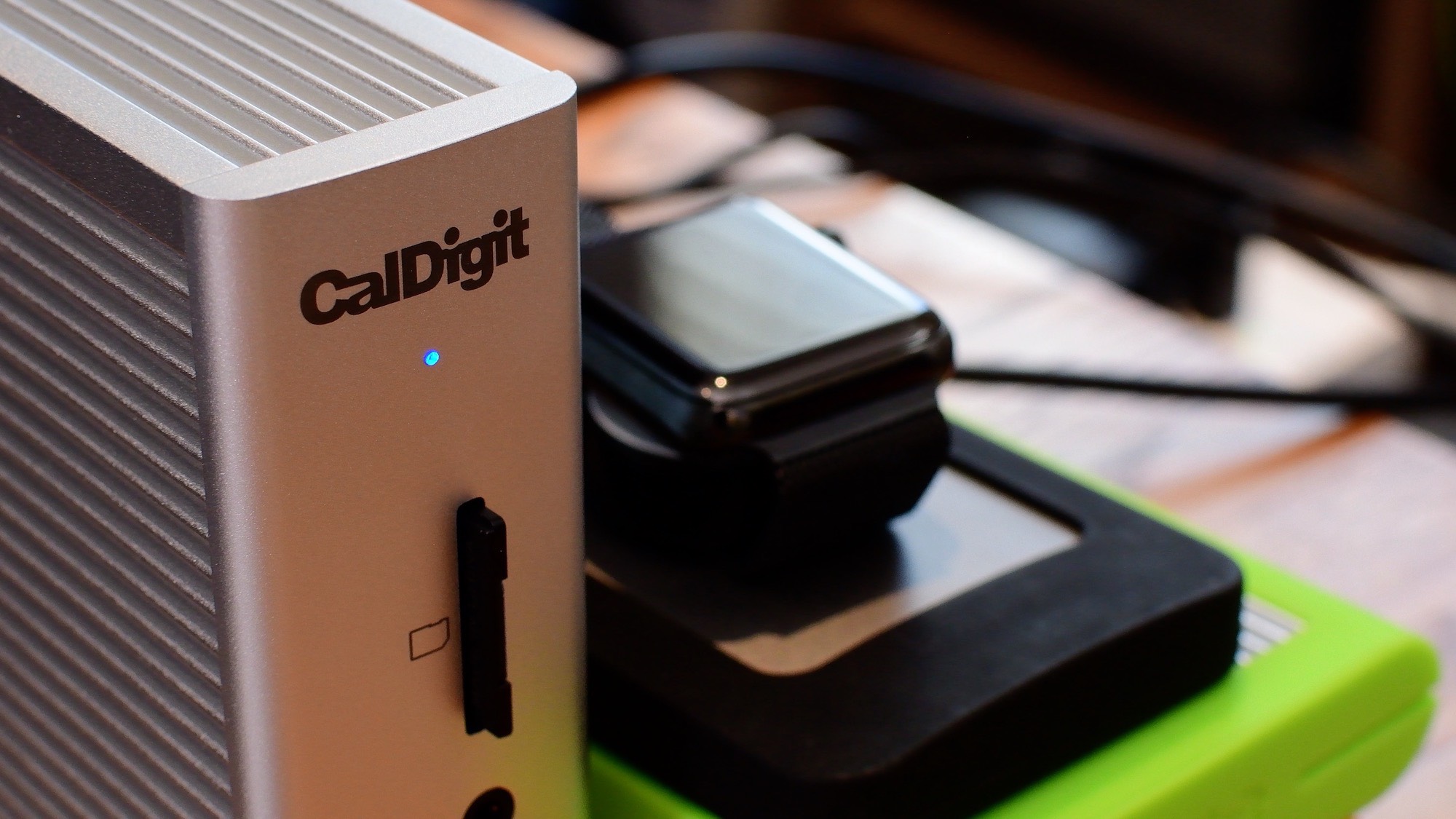 It’s so exciting to see companies start to iterate on their initial designs. This truly feels like a flushed out product that pleases nearly everyone. The only thing I could ever hope for is the inclusion of additional USB-C ports in place of USB-A ones (I know I’m in the minority here, at least for the moment).

I’ve already transitioned nearly all my devices to USB-C, so I literally had to dig out my old cables to use them with this accessory. To give you a better picture of what you can expect between the two docks, I’ve put everything into a handy table.

Not interested in having nearly as many ports as this dock provides?

CalDigit has you covered by dropping the price of their original TS3 dock down to $199, making it the first Thunderbolt 3 dock with 85W of charing power available under 200 bucks.

If you’d like to pick up the TS3 Plus, it’s available for preorder starting today from CalDigit. They’re planning on shipping it later this month beginning February 20. As I mentioned, the previous-generation TS3 is now available for just $199 although the newly discounted price has not yet been updated on Amazon.