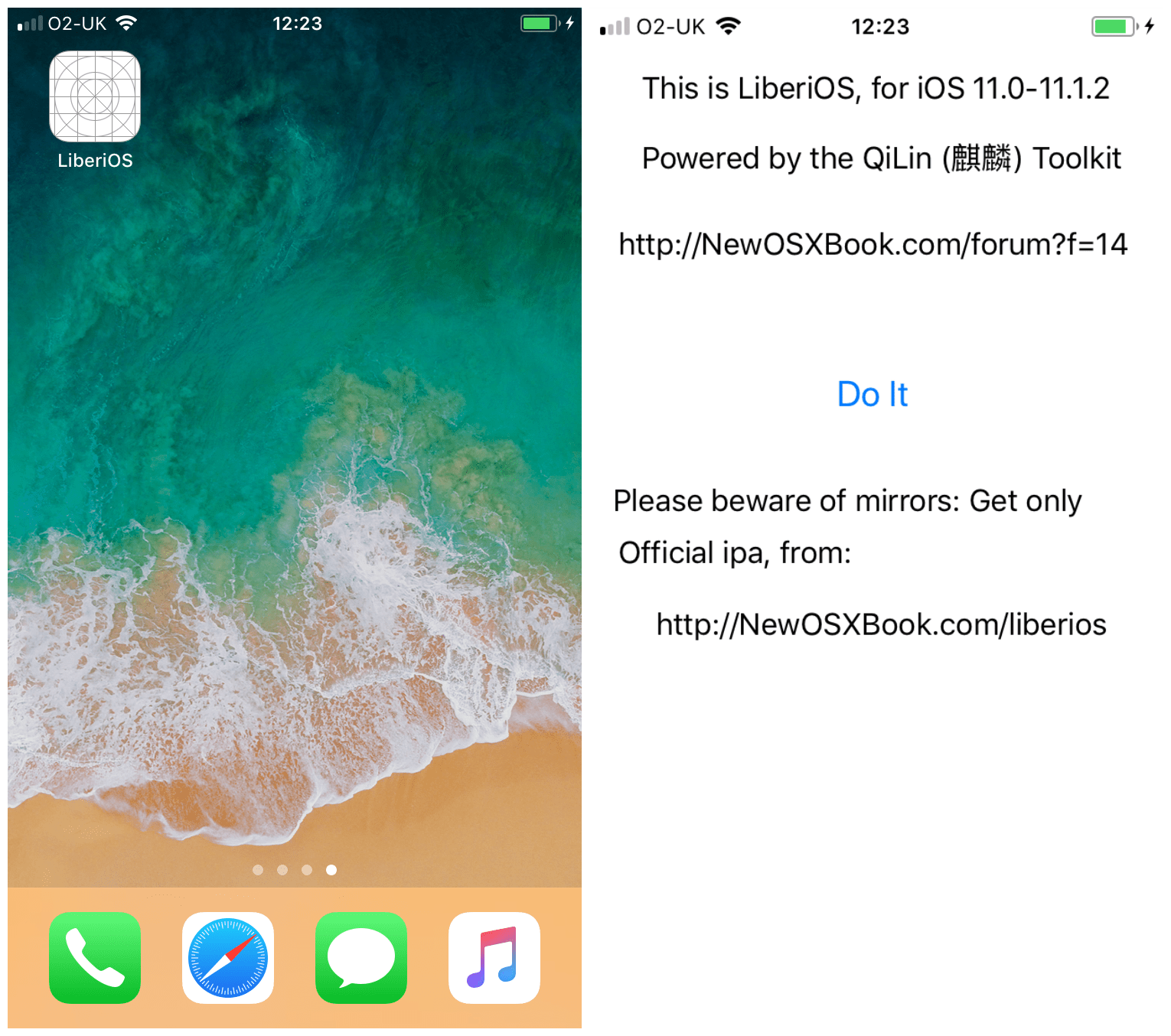 Anyone paying attention to the state of the iOS 11 jailbreak as of late should already know about the LiberiOS semi-untethered jailbreak tool. Initially released back in December, LiberiOS utilizes the tfp0 exploit publicized by security researcher Ian Beer last year to pwn iOS 11.0-11.1.2 devices.

This weekend, LiberiOS received one of its first updates, bringing it up to version 11.0.3. Citing the tool’s developer, Jonathan Levin (@Morpheus______), the new version squashes a few bugs found in the previous release, among other things.

The changelog doesn’t go into much details about which bugs have been fixed. According to Levin, however, they weren’t particularly common ones. That said, the update merely ties up some of the tool’s loose ends.

Just like the initial LiberiOS release, version 11.0.3 doesn’t install Cydia on the device it jailbreaks, but it does support code injection. Furthermore, Levin states that “Cydia will not be supported. Ever,” so it appears as though LiberiOS may never include Cydia – even after Saurik officially updates it for iOS 11.

Given the circumstances, LiberiOS seems more tailored for developers than it is for everyday jailbreakers. It’s sufficient to help developers prep their tweaks for iOS 11, but not quite enough for those who demand the ease of use that Cydia would provide.

If you’re comfortable with using LiberiOS 11.0.3, despite its lack of Cydia and other caveats, then you can get it from Levin’s official website. Alternatively, you could use CoolStar’s Electra jailbreak instead. As for everyone else, we’d recommend holding off a while longer until a proper jailbreak tool with Cydia gets released.

Are you getting antsy to jailbreak iOS 11 yet? Let us know in the comments below.