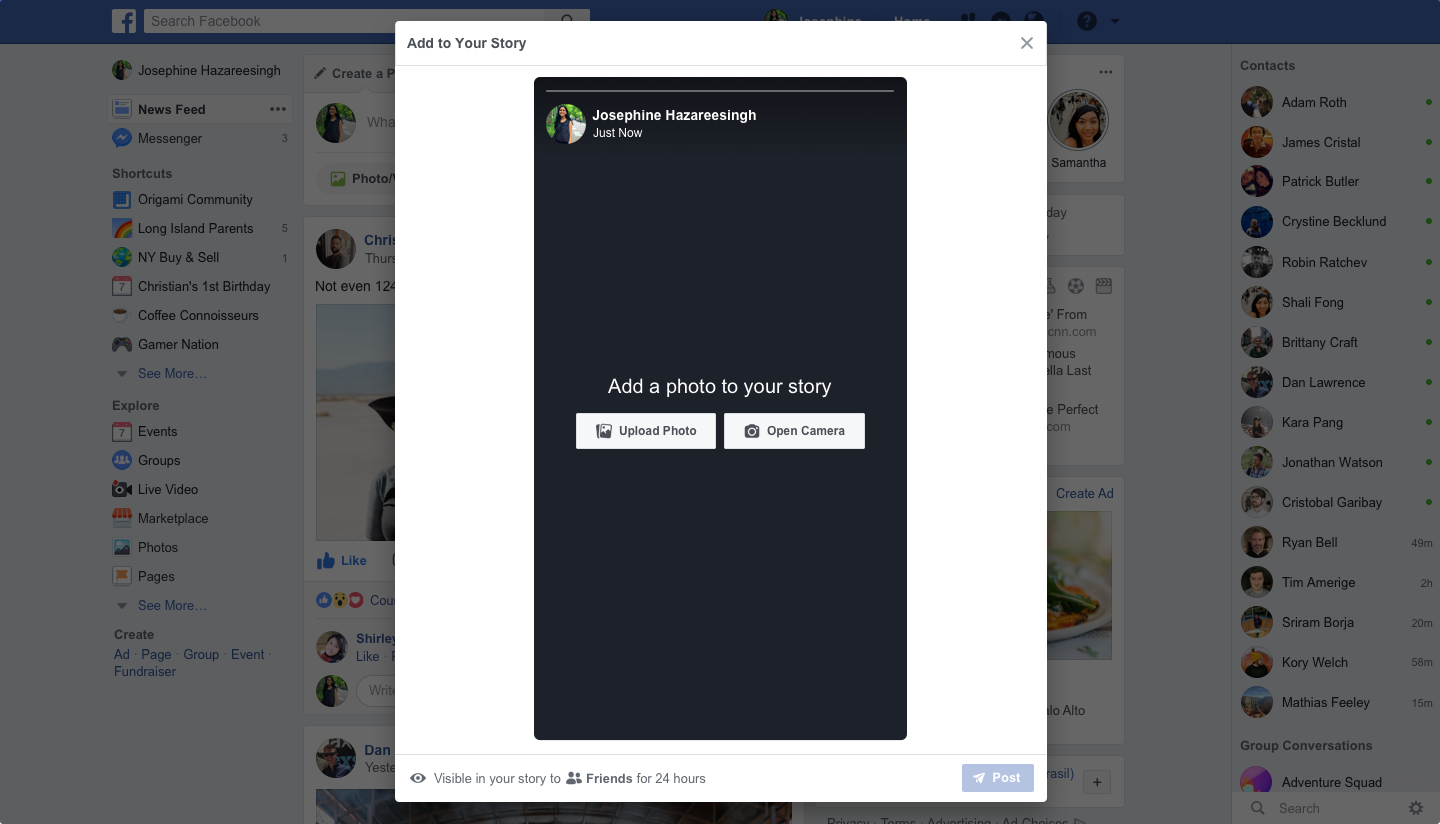 Doubling down on the Stories format, Facebook is now testing a new feature with some folks that would allow users to upload Stories from a desktop web browser on their Mac or Windows PC in an effort to push the ephemeral sharing feature to as many people as possible.

TehCruch, which first spotted this new feature being tested in the wild, reported yesterday that the social networking giant is contemplating a much more prominent placement for viewing Stories atop the News Feed instead of in the sidebar.

In addition to uploading photos or videos to a Story from the web interface, users will also have the ability to record video with their webcam to post from desktop.

We are always working to ensure people can easily navigate and enjoy Facebook, regardless of how they connect. We are testing the option to create and share Stories from Facebook on desktop and are also testing moving the Stories tray from the top right corner to above News Feed, just like on mobile.

While previously you could consume Stories on the web, they had to be created on mobile. 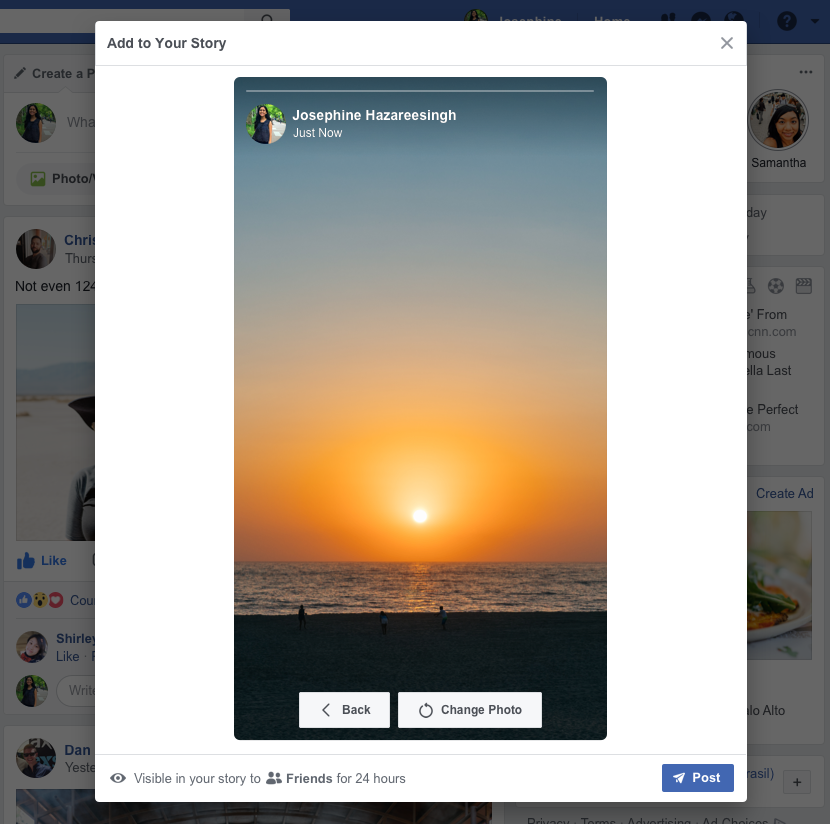 For now, a small percentage of users will see this new posting ability and design. I prefer to upload content to Facebook from the desktop interface whenever possible so this change may make me want to embrace the Stories format more now that I can post from there, too.

More than 300 million people use the Story format on Instagram and WhatsApp so Facebook Stories does feel a little redundant. The company recently rolled out the ability for Instagram users to cross-post Stories on WhatsApp.

On a related note, Instagram is also testing a new Type feature for Stories.