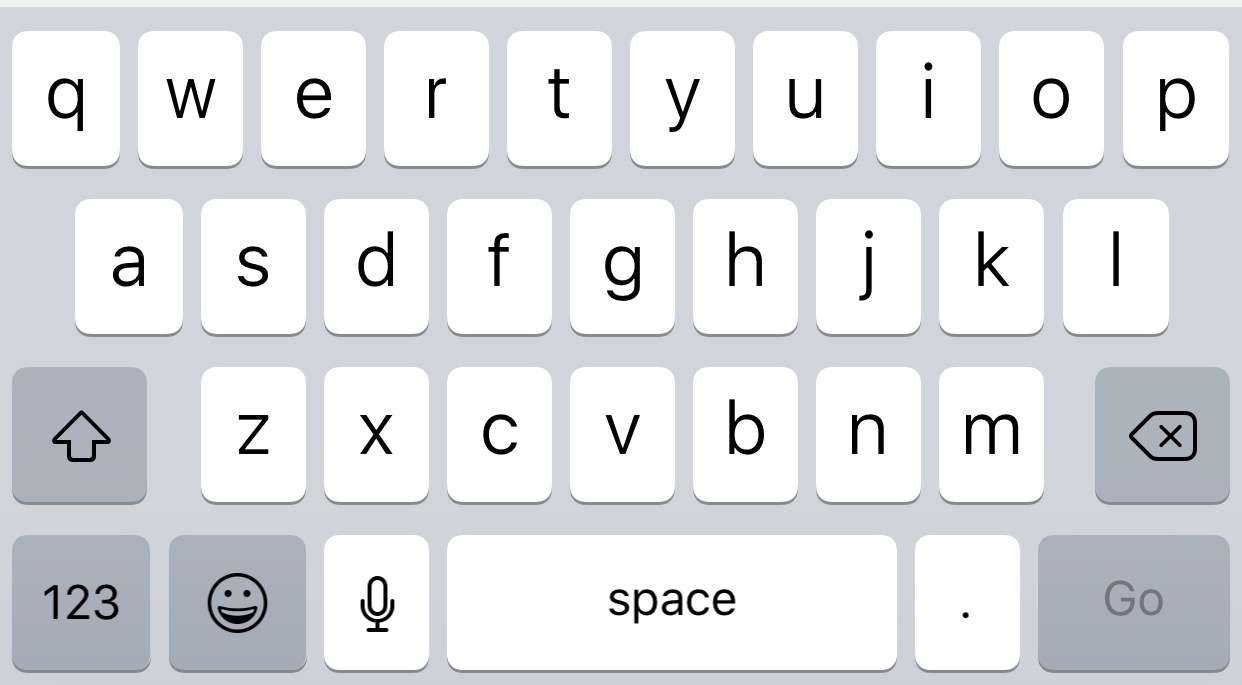 Most iPhone and iPad users merely use their keyboard for typing inside of their apps, but with a new jailbreak tweak called KeyUtilities by iOS developer AlexK, you can use your keyboard to do so much more.

Right out of the box, KeyUtilities feels reminiscent of desktop-class keyboard shortcuts. On the other hand, it provides a bevy of iOS-centric features that you might find useful whether you’re a novice or a power-user.

After installing KeyUtilities, you’ll find a preference pane in the Settings app for setting up the tweak: 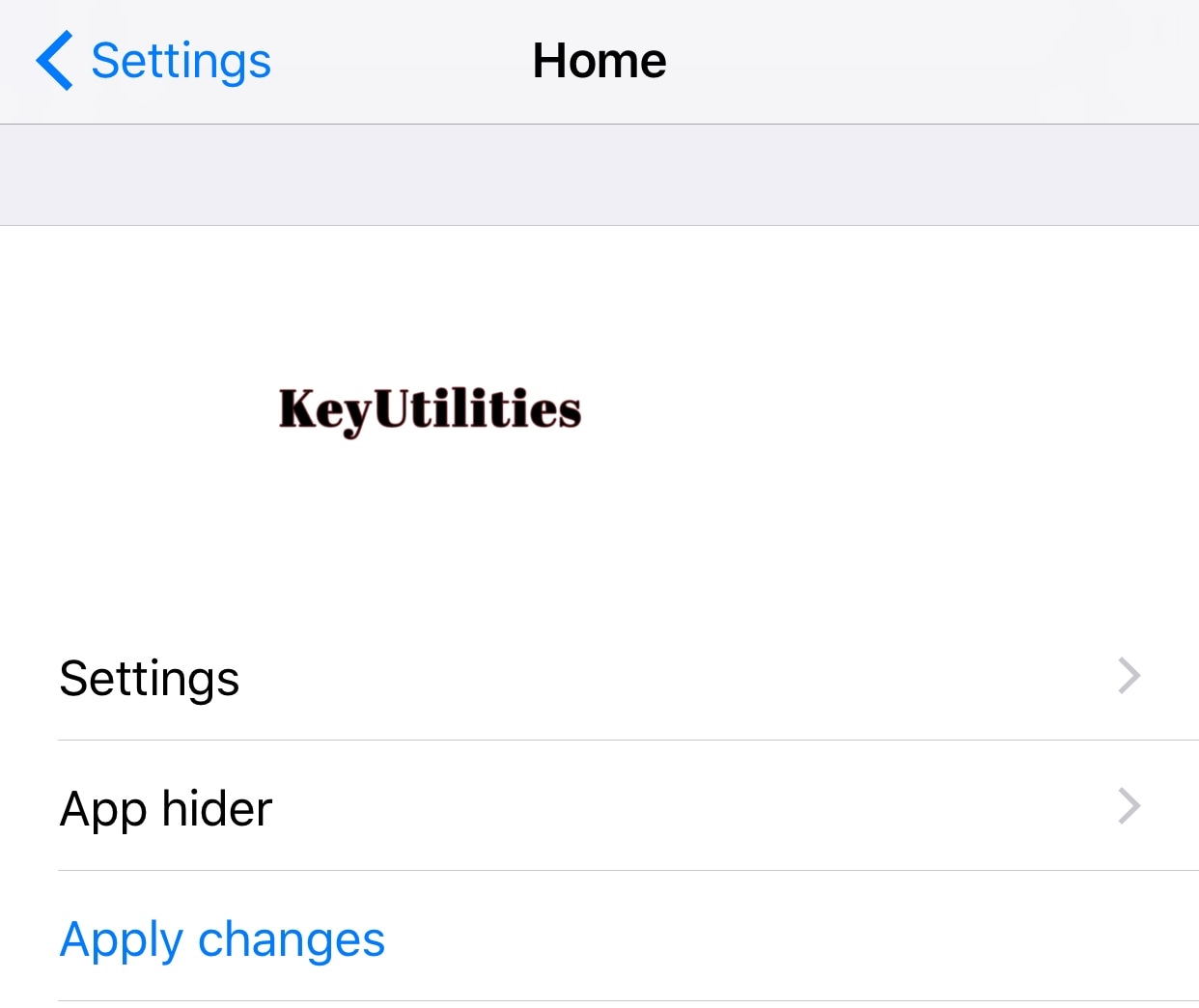 The main preference pane is comprised of two sections: Settings and App hider. You’ll also find a blue Apply Changes button that you can tap whenever you modify KeyUtilities’ preferences. Note: tapping this button resprings your device.

Under the Settings cell, you can configure as many as 20 different keyboard-based commands. You can specify a text string for each one (16 characters max) and then choose a corresponding action to happen any time you type said text string: 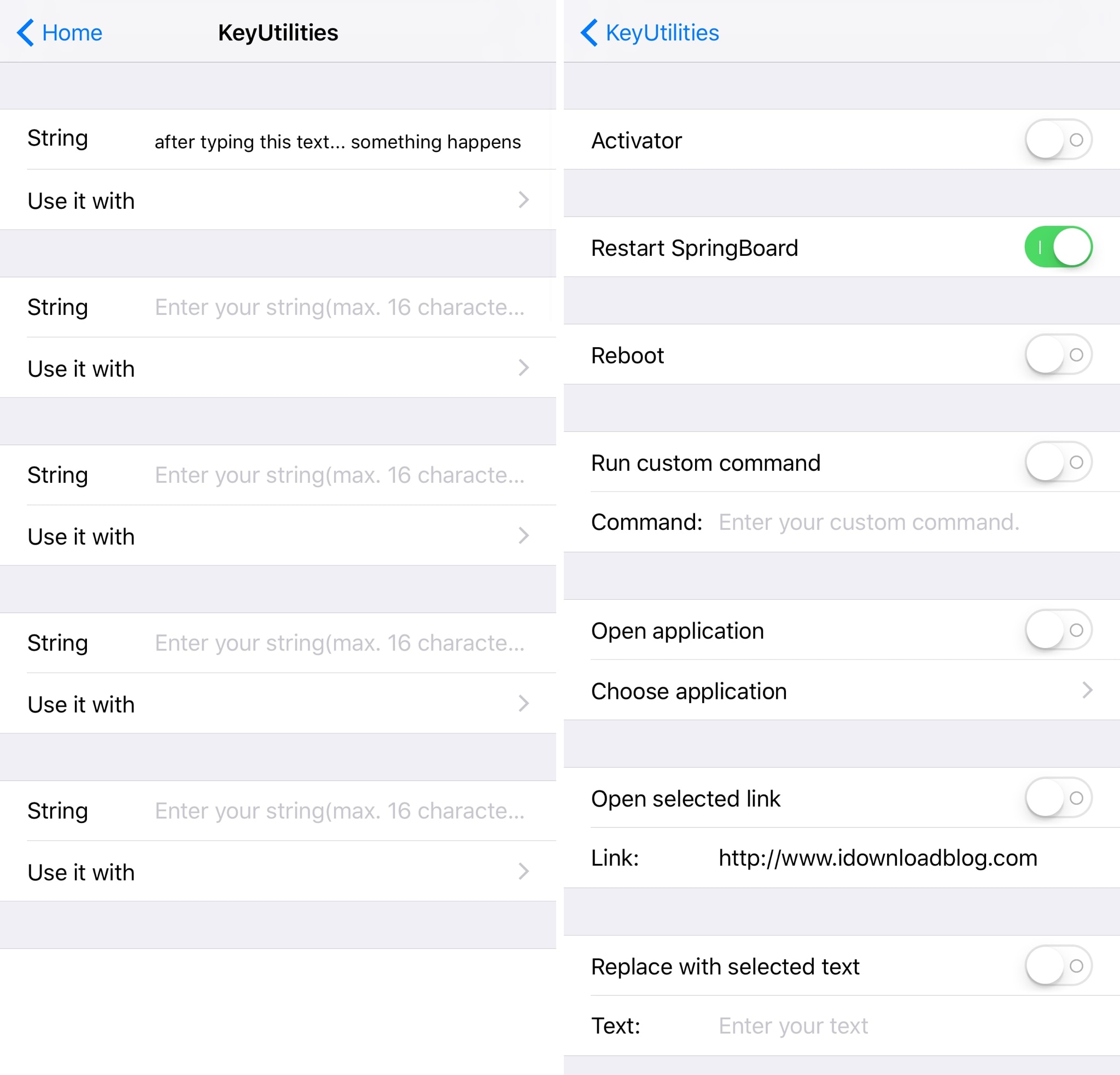 Speaking of actions, you can pick from any of the following:

The App hider cell lets you hide specific applications from your Home screen. The developer recommends using this feature in tandem with the app-launching functionality from the list above, as it provides a secret shortcut to one or more of your app(s) that no one else will know.

In its current form, I can see KeyUtilities being a useful tweak for a lot of jailbreakers, namely because it provides quick access to respringing and performing terminal commands. That aside, having immediate access to specific apps or websites can also be a useful asset, among other things.

If you’d like to try KeyUtilities out for yourself, then it’s available from Cydia’s BigBoss repository for just $0.99. The tweak works on all jailbroken devices running iOS 8-10.3.3.

Will you be installing KeyUtilities to make your iOS keyboard more powerful? Let us know in the comments below.