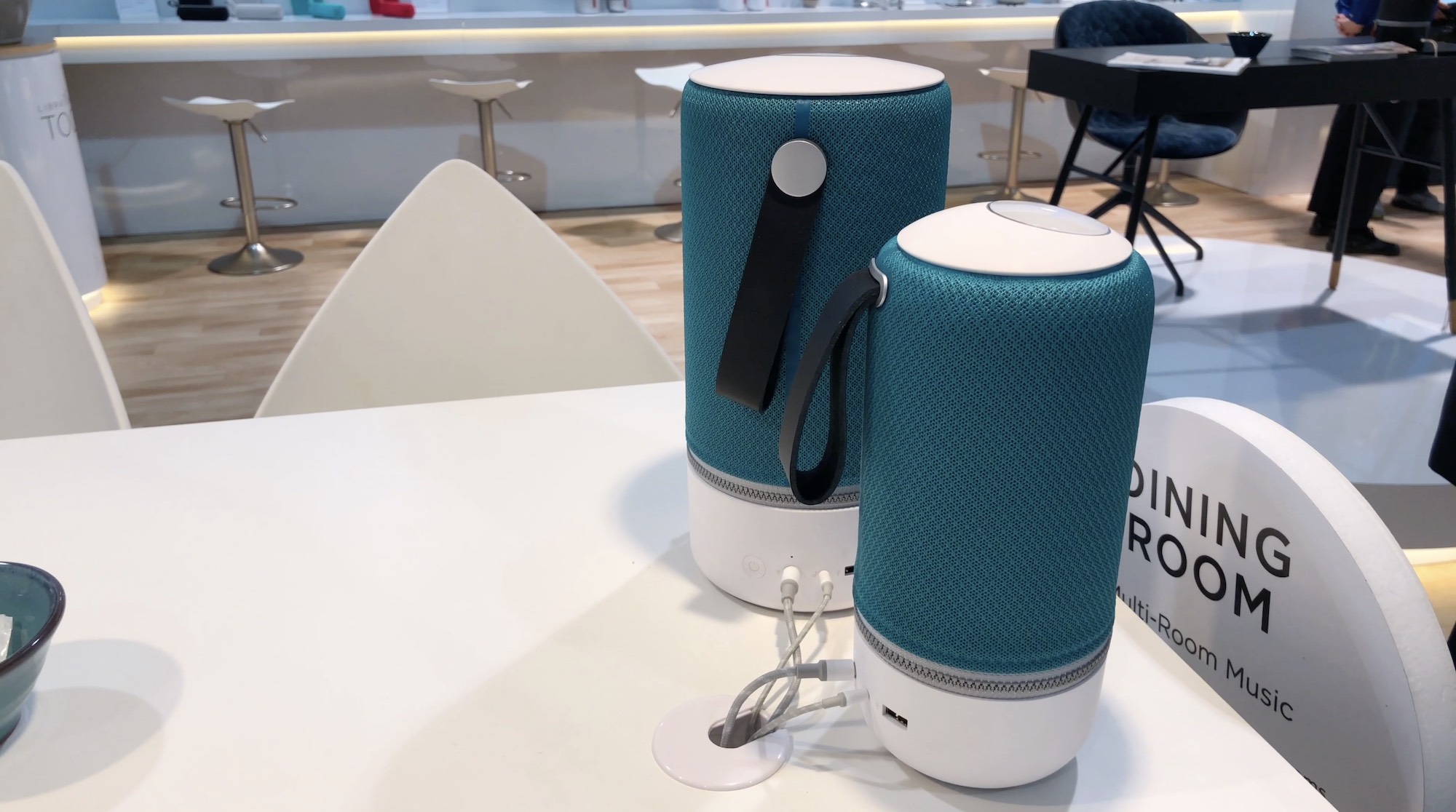 Libratone was on hand at CES 2018 showing off their flagship speaker that will be gaining support for Alexa and AirPlay 2, as well as their new pair of wireless headphones, the Track+.

Libratone had their logo featured on stage as one of Apple’s launch partners to support AirPlay 2. Apple has since delayed AirPlay 2, presumably until the HomePod finally comes to market.

AirPlay 2 will be bringing quite a few enhancements over the original version, including support for true multi-room audio. From your Mac, iOS device, or Apple TV you will be able to throw audio from any app to one, or several, AirPlay 2 support speakers.

Alongside AirPlay 2, Libratone will also be adding support for Amazon Alexa for those who prefer her as their virtual assistant.

Because it’s what I do, I went hands on and recorded a short video of the Libratone Zipp, as well as their newly announced Track+ wireless earbuds.

I was really pleased with the new Track+ wireless earbuds. They’ve got an exceptionally flexible cable, which Libratone says is to reduce the noise of the cord hitting your collar/zipper while working out. The two areas within the cable that encompass the electronics are all made of anodized aluminum, giving it a more premium feel than lesser headphones.

Baked in is also their signature 4 levels of active noise cancellation which is particularly impressive with the size and battery life taken into consideration. They say the noise cancellation will adjust automatically based on your location, but at CES we were really only able to test in one environment.

While our early feedback is glowing, we will undoubtedly have to go hands-on with with the Track+ headphones once they are released.