Update: As suspected, it was just a bug and Apple has once again stopped signing older firmware versions, making it impossible to downgrade. If you were on of the few that was able to downgrade and install an earlier iOS version, you should be able to use that version without any problem. 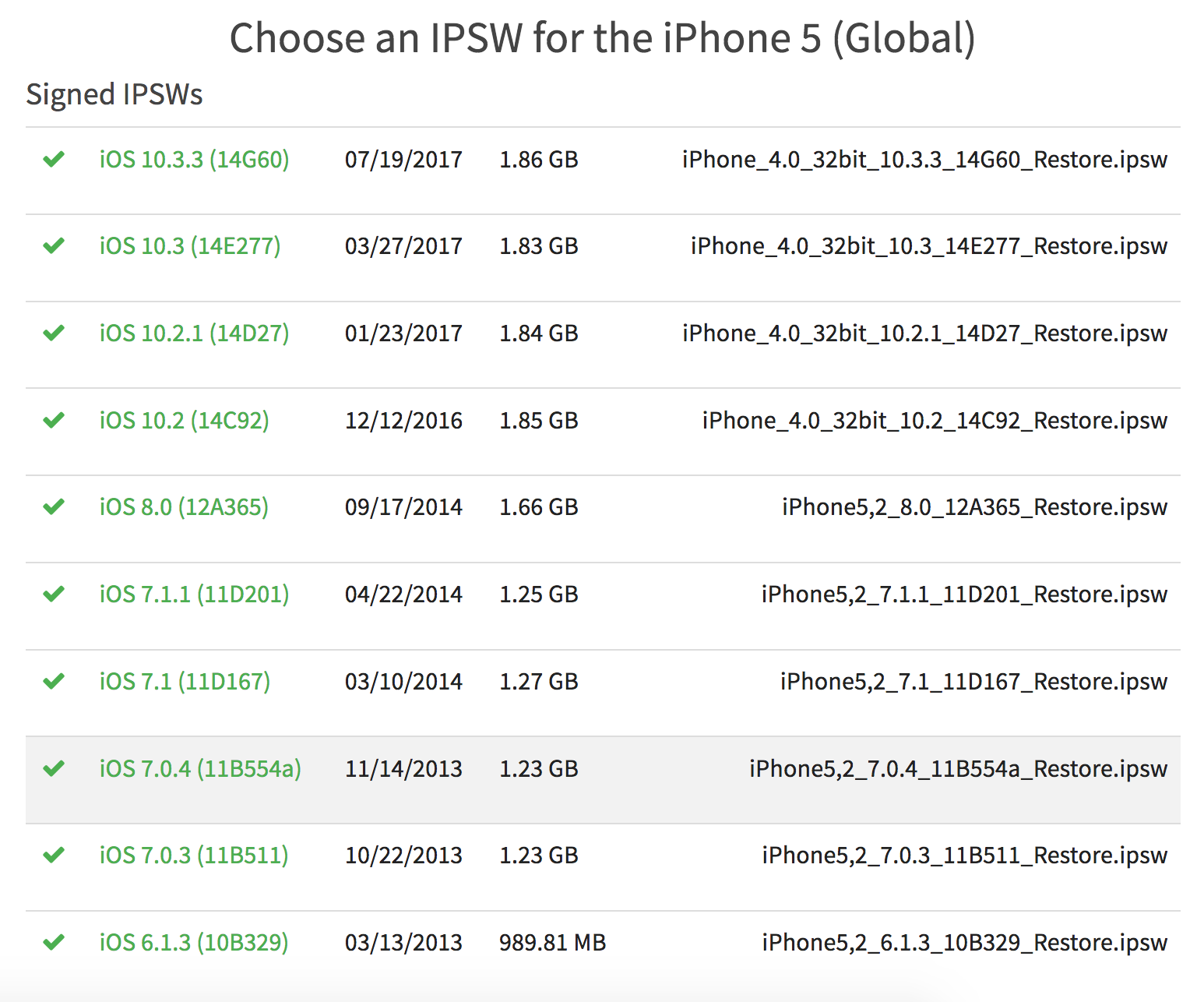 In an unseen turn of events Wednesday night, Apple began signing older versions of iOS – some of which haven’t been signed for years.

Signed firmware versions are sparse and in between iOS 6.1.3-11.2, depending on the device you wish to downgrade. Unfortunately, iOS 11.1.2 isn’t one of them and this version is considered the gold-standard for LiberiOS. Nevertheless, many of these signed versions can be jailbroken with old or recent tool releases.

Also for the first time ever, this is your chance to ditch iOS 7 or later and downgrade back to the skeuomorphic days of iOS 6.

This is very likely a goof-up on Apple’s part, but it’s still a great opportunity for potential jailbreakers to downgrade their device(s) before Apple realizes and fixes their mistake.

To do that, you’ll need to download the firmware manually from our downloads page and then use iTunes to restore back to the firmware file you’ve downloaded. You should also take advantage of this opportunity to save blobs if you haven’t already.

As always, you should use the IPSW.me website to check the signing status of the firmware you want to downgrade to before moving forward. Apple could stop signing these older firmware versions at any moment, so don’t hesitate; take advantage of this rare opportunity while you can!

Did you manage to downgrade? Share in the comments section below…