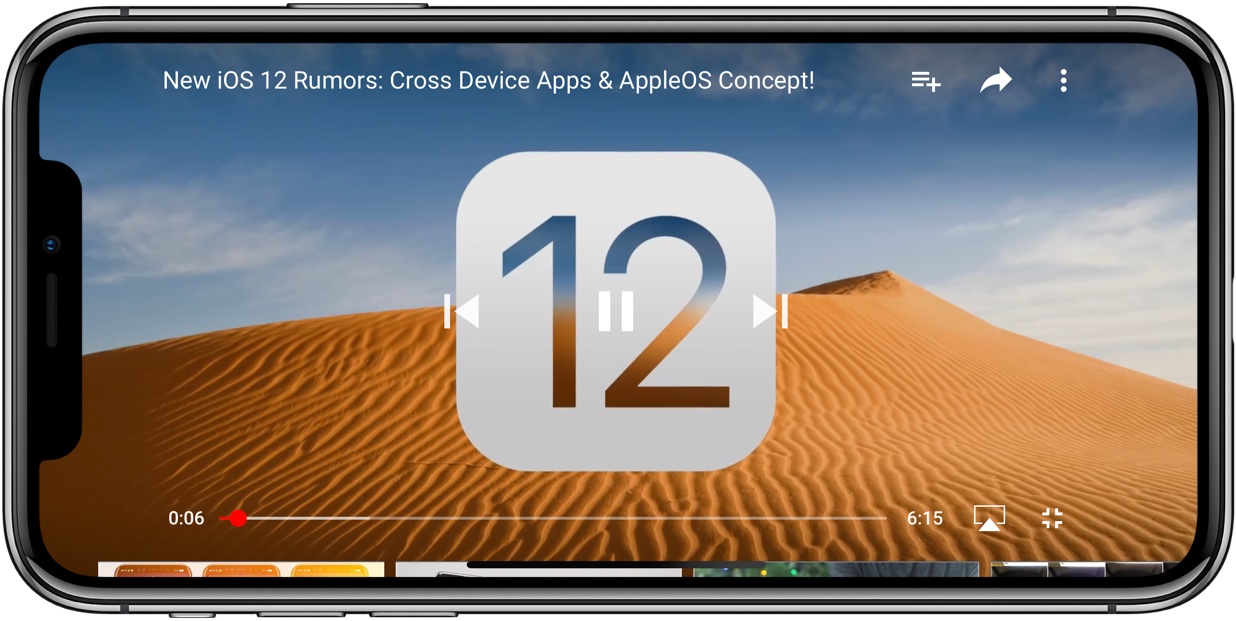 Google is at long last solving what’s perhaps the biggest paint point of its mobile YouTube app by rolling out a dynamic video player via a server-side update which allows the app to automatically adapt to a video’s natural shape and fill up the display.

I love YouTube for iOS, but the viewing experience leaves a lot to be desired.

You may have noticed that the app’s built-in video player annoyingly does not resize automatically based on the orientation of the video being watched. This makes it impossible to enjoy vertical, square and other non-standard video formats without large, unsightly black bars.

Thankfully, the YouTube team is now fixing that glaring omission.

As Google announced on Twitter earlier this week, they’re currently rolling out an update which lets the YouTube player on iOS automatically adapt to a video’s shape.

Now the YouTube player on iOS will automatically adapt to the shape of the video you’re viewing! pic.twitter.com/4jzJ6nPj4G

In other words, if the video you’re watching is vertical, the player will become vertical.

If the video is square, the player will become square. It doesn’t matter if the video was shot on mobile or DSLR, if it’s 4:3 or 16:9—the app will do the right thing and shrink/resize the player to whatever size is needed so that the video fills the screen exactly the way it should.

Additionally, the app’s fullscreen button now comes with a handy icon that dynamically adjusts itself to the shape of the video being watched. If you’re watching a vertical video, just tap the fullscreen button to have it fill up the entire display. The app will use any space remaining below the video to display the description, suggested videos and interactions.

While fullscreen, you can even scroll down to read comments and see recommended videos. As you’re scrolling, the app automatically shrinks the video to the horizontal format.

If you try to upload a 1,920-by-1,080 vertical video to YouTube but the quality wouldn’t go higher than 480p, that’s because availability of HD may take a bit longer (Google’s suggested workaround: post the video as unlisted, then change the privacy setting once HD is available).

As mentioned, Google has made the necessary changes to YouTube’s backend in order to implement this cool adaptive video player without requiring an app update. It’s a staggered release, meaning not all users will gain this new feature at the same time.

For instance, I have yet to spot it on my own devices.