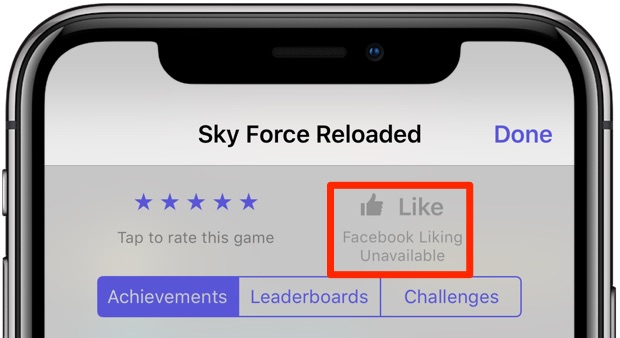 You may have noticed that Facebook liking is no longer available in Game Center.

That’s because iOS 11 has stripped native social sharing accounts from the Settings app given that iPhone and iPad apps from all major social services now offer similar functionality through their extensions built for iOS’s multi-purpose Share sheet.

Before iOS 11, you could type in your access credentials for Facebook, Twitter, LinkedIn and Flickr services directly into the Settings app so that developers didn’t have to waste their precious time implementing native social sharing features in their apps.

But as it turns out—and this certainly isn’t a new discovery: I saw this behavior in early iOS 11 betas, but didn’t think much of it back then—the Cupertino tech giant has apparently forgotten to strip the non-functioning Like button from Game Center leaderboards and achievements. 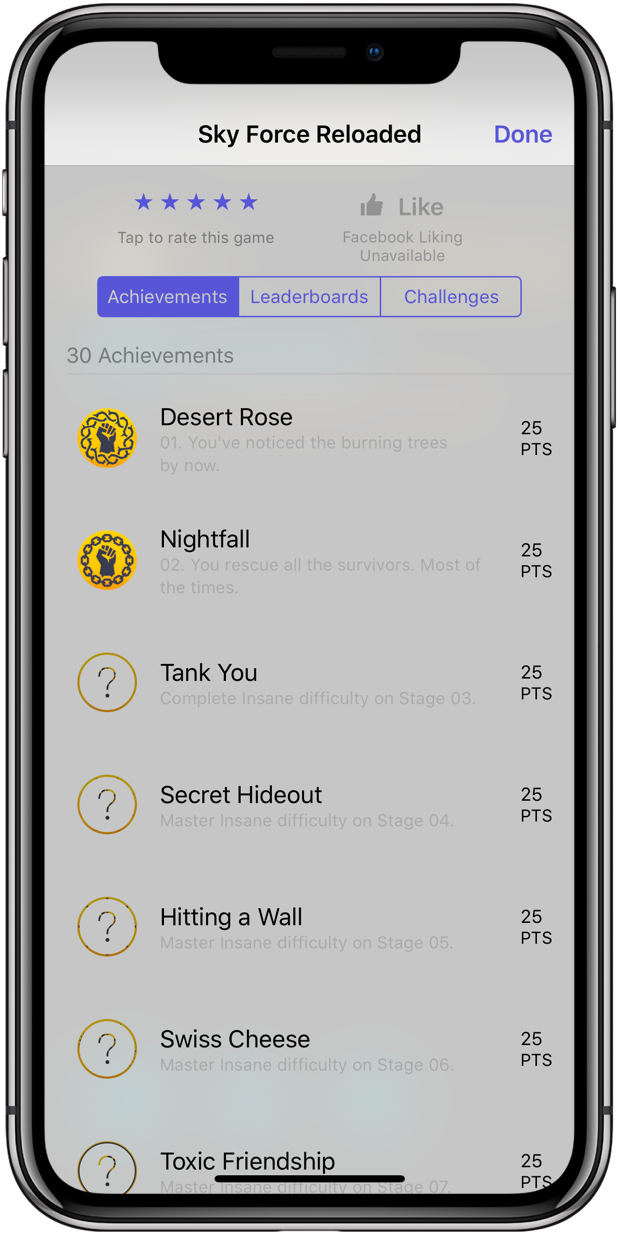 As a result, attempting to hit the button in a Game Center title yields a message saying Facebook liking is unavailable. The greyed-out button apparently still hooks into the user’s non-existent Facebook account in Settings.

This isn’t the best solution and it doesn’t help that no helpful explanation is provided.

Many avid gamers are wondering whether this is a bug or just plain oversight. I think it’s the latter as Apple’s not forgotten to remove the Like button from app reviews on App Store.

On the other hand, I cannot imagine how something relatively high-profile like a non-functioning Facebook Like button could go unnoticed across several months and multiple beta builds.

As you know, Game Center stopped being a standalone app with 2016’s release of iOS 10.

Game Center remains available as a service within games that specifically support it, and you can still manage its features in Settings → Game Center, but the standalone Game Center app and adding/removing friends is no longer available on iPhone, iPad and Mac.

If this isn’t the case of a simple oversight, could it be that Apple might be planning to reinstate Facebook liking through Game Center with future software updates?