Less than 24 hours following the launch of first developer betas for iOS 11.2.5 and tvOS 11.2.5, they’re now available to public beta testers who are enrolled in Apple’s Beta Software Program.

The watchOS 4.2.2 beta, which was also seeded to Apple’s registered developers yesterday afternoon, is not available as part of the public beta program.

Members of Apple’s beta-testing program shall get their iOS 11.2.5 public beta over-the-air after installing a proper Apple configuration profile on their iPhone or iPad. As for the tvOS 11.2.5 public beta, you must first enroll your Apple TV at beta.apple.com.

Then, go to Settings → System → Software Updates and toggle on the Get Public Beta Updates option before you can download and install the latest tvOS beta software. 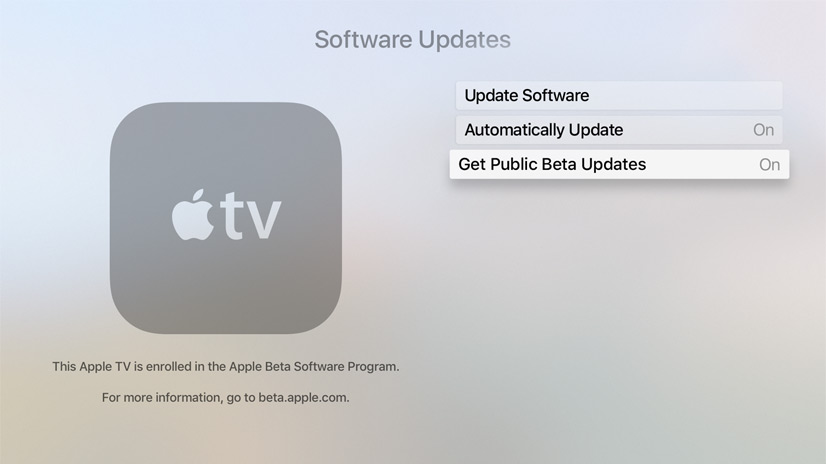 Apple’s release notes don’t mention any new features either so it’s entirely possible that both software updates contain security improvements and bug fixes that have been discovered since the release of tvOS 11.2 and tvOS 11.2.1.

Are you planning on testing these new betas?