The fourth-generation Apple TV and the new Apple TV 4K will both be returning to Amazon.com later today following a two-year hiatus, according to a new report Thursday afternoon.

“I can confirm that we are assorting Apple TV and Chromecast,” an Amazon spokeswoman told the publication, referring to the company’s plans to stock up on the devices.

Product pages for the 32GB 4th generation Apple TV, 32GB Apple TV 4K and 64GB Apple TV 4K, as well as those for Google’s Chromecast and Chromecast Ultra, are live now on Amazon.

The gadgets aren’t available for sale yet, but customers should expect they will be shortly.

Three months ago, a listing for the 64-gigabyte version of Apple TV 4K popped up on Amazon.com from a vendor claiming to be Apple. However, that suspicious item was out of stock right from the start and the listing soon disappeared from Amazon.com. 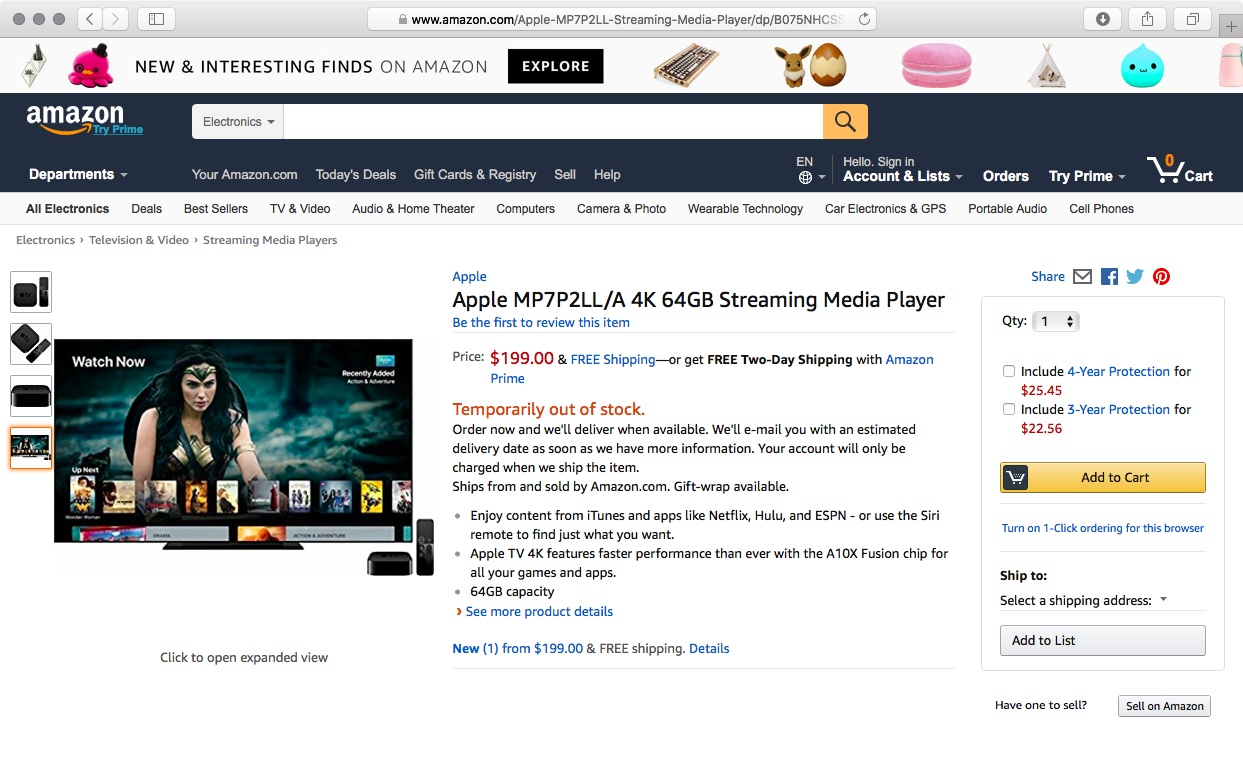 Defending Apple TV’s removal from its virtual store shelves more two years ago, Amazon said they felt it important that any streaming devices they sold interacted well with Prime Video.

Prime Video for Apple TV, however, would remain non-existent for years because the two giants couldn’t come to mutually beneficial terms. As a result of that dispute, Apple TV was pulled from Amazon.com to “avoid customer confusion.”

Resuming Apple TV sales has likely been an integral part of the deal from the beginning.