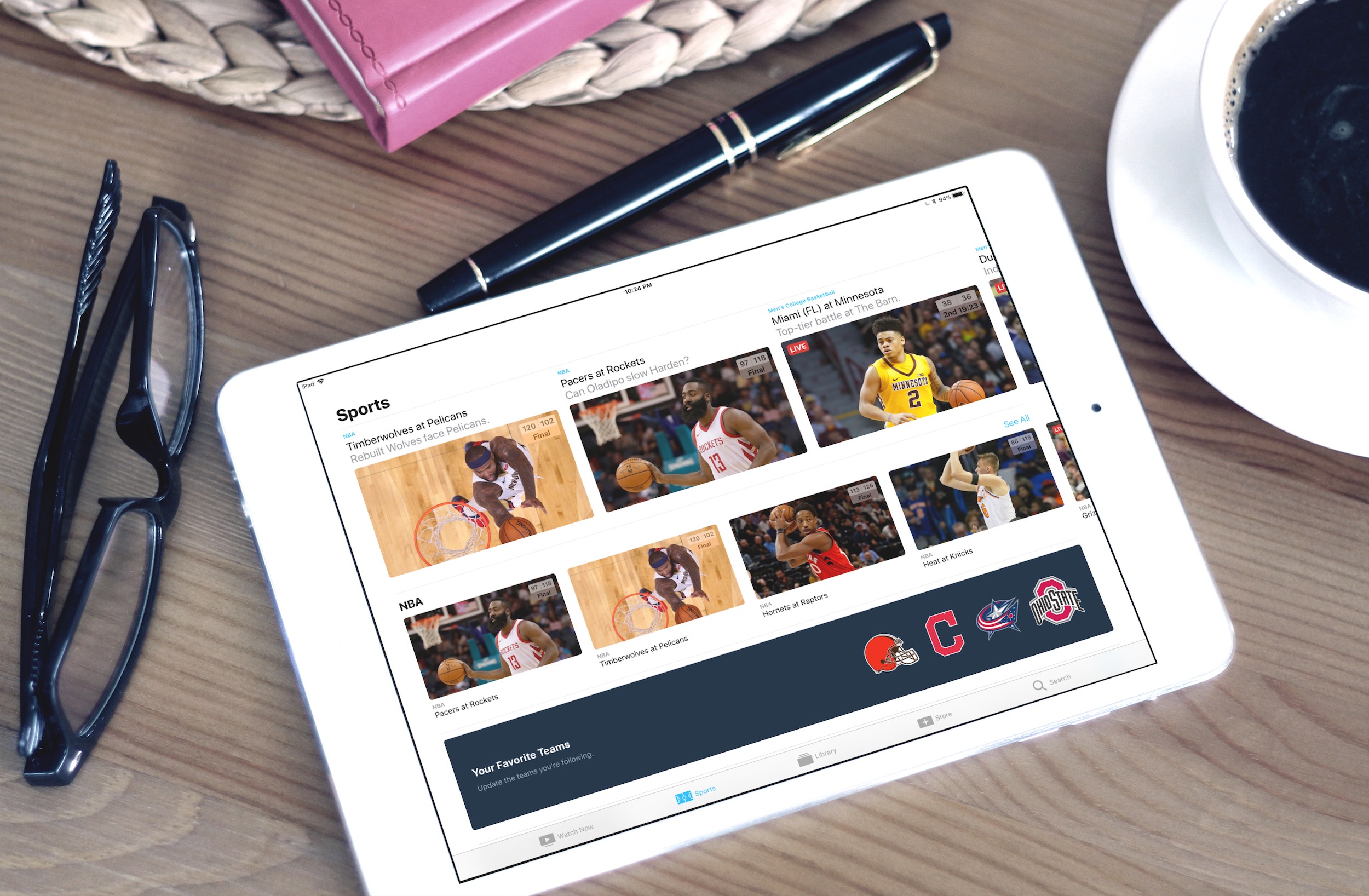 Ahead of the release of iOS 11.2 and tvOS 11.2, a new Sports tab has appeared inside the TV app for beta testers. Apple promised the feature earlier this year, and it looks like we should see it finally land by the time the upcoming updates are released to the public.

The new tab is available on both iOS devices, as well as on the Apple TV for those running the beta versions of iOS 11.2 and tvOS 11.2.

When you select the tab, you see highlights of games that are currently live as well as upcoming games. 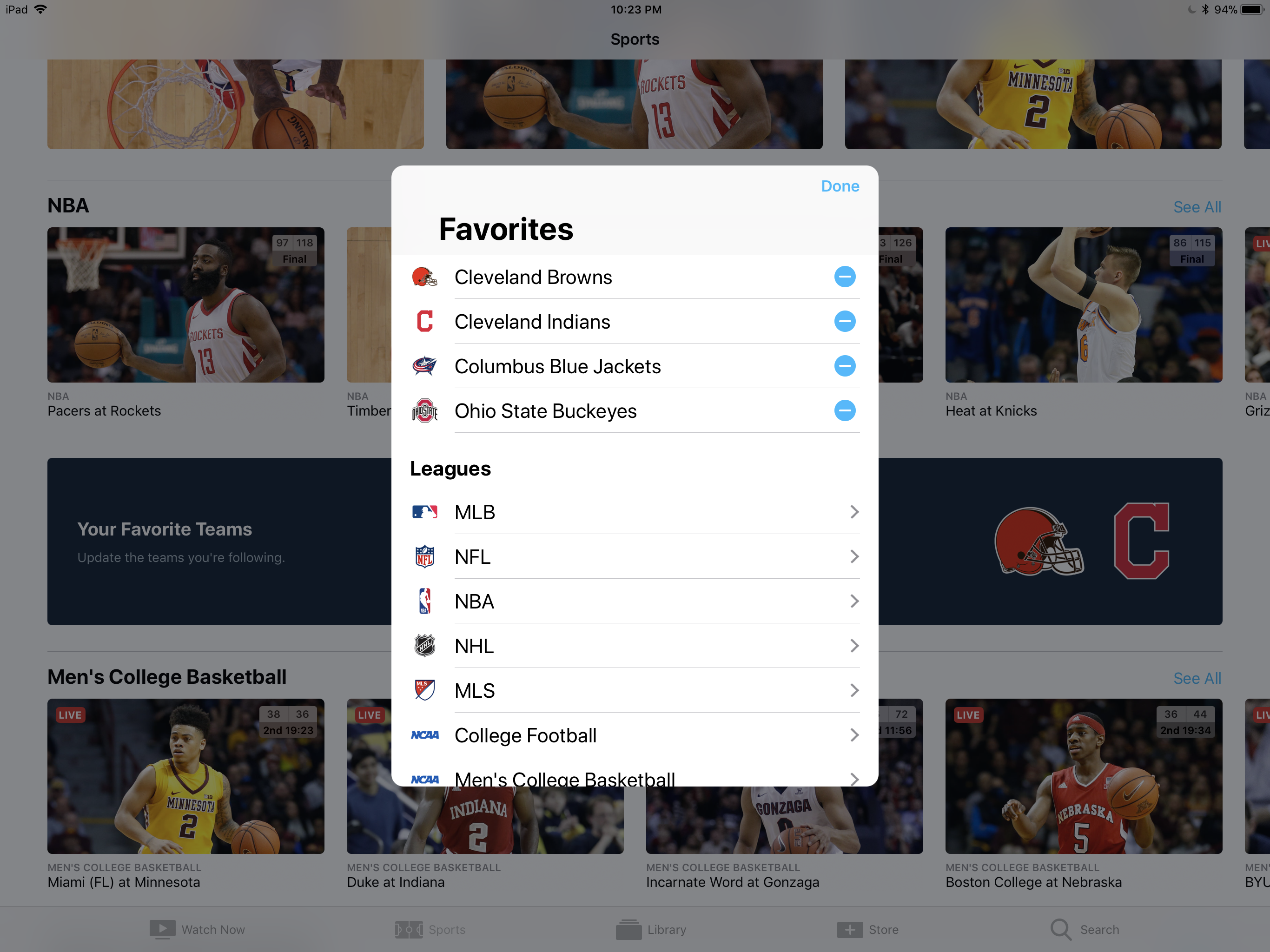 There is also a large banner that allows you to choose your favorite teams so that they can notify you of any upcoming games. 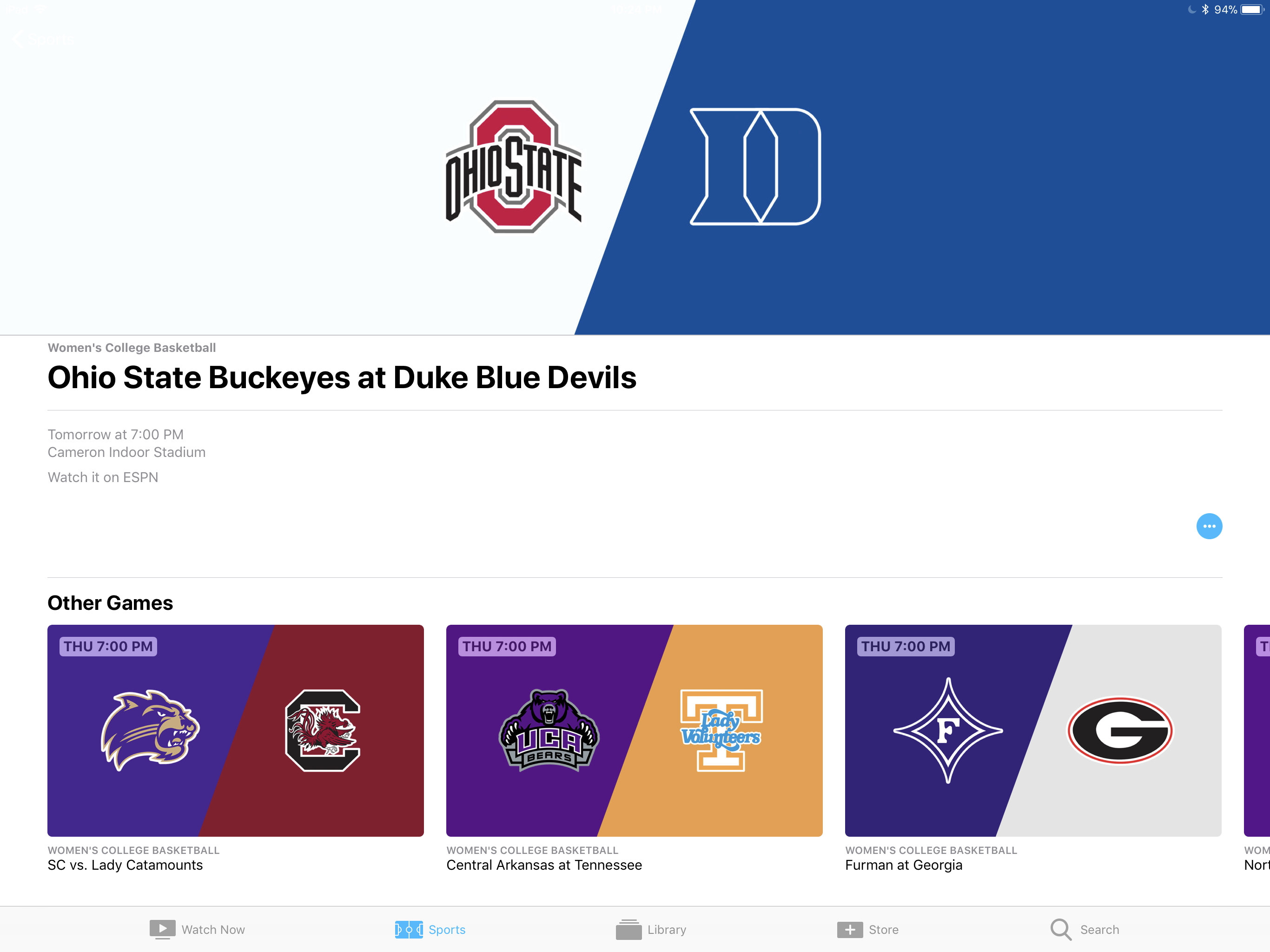 When you select a game that is currently on, you can add to Up Next, or view it in whichever application currently is showing the game.

As an example, when I viewed the Duke at Indiana game, it prompted me to watch live in the ESPN app. The score was also readily available if I just wanted to catch up on the status.

I personally have been a fan of the TV app and am excited to see more features coming. Let me know what y’all think about it down below.