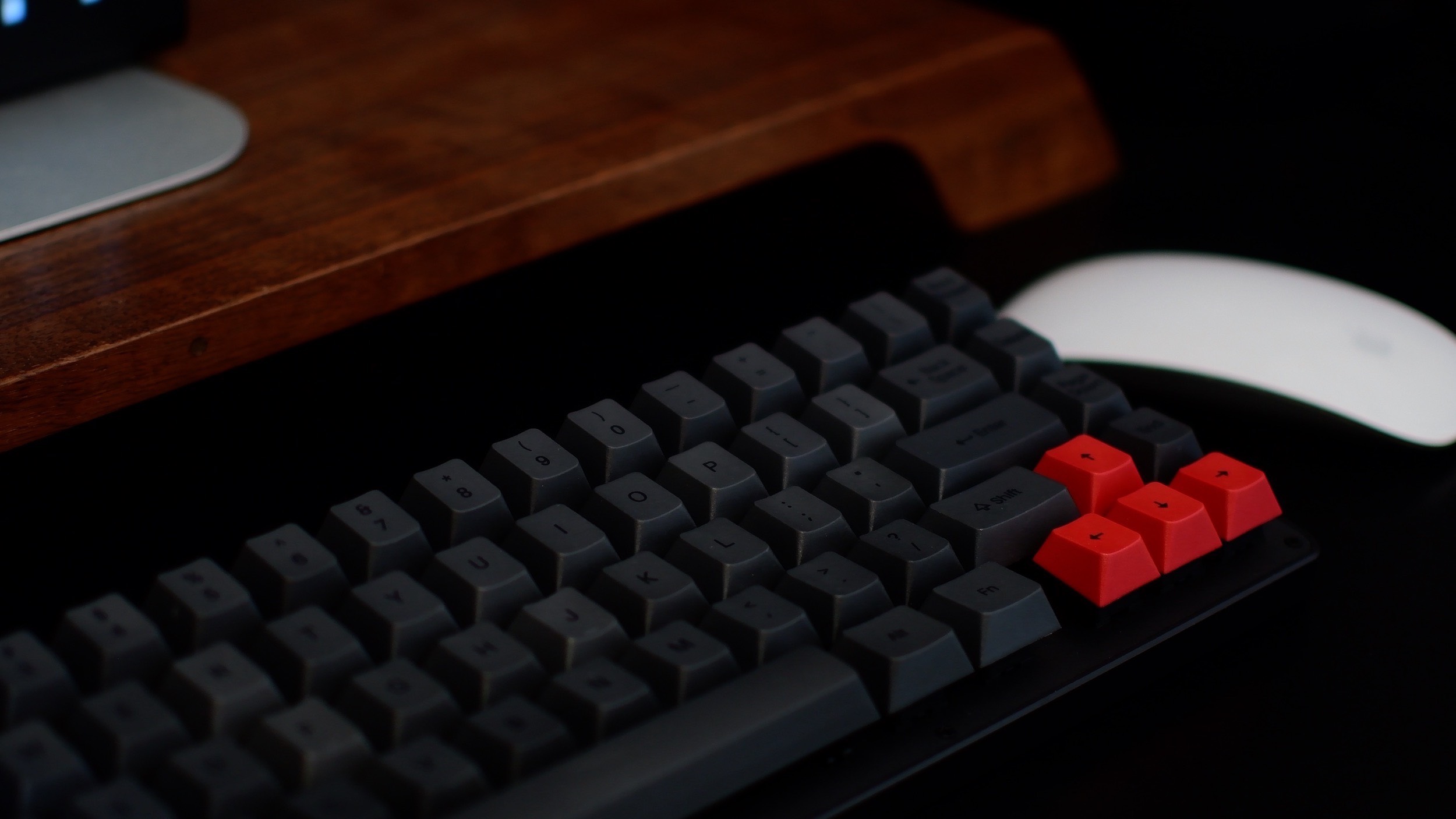 Mechanical keyboards are a bit of a divisive fad.

Some people can’t stand hearing the tell-tale clicking and tapping noise of mechanical keys. Others can’t handle limited feedback from a membrane-style keyboard. For the latter, NightFox from Kono is the best mechanical keyboard I’ve tested to date.

There’re many mechanical keyboards out there that offer some sort of… gimmick.

For instance, the very cool Lofree keyboard had that vintage look to it. The Aukey mechanical keyboard had loads of LED color options. The NightFox keyboard doesn’t have any gimmick to it, just great looks, loads of features and some really unparalleled performance.

Check out my hands-on video to get the best look at the NightFox keyboard.

There is too much to dig into when it comes to mechanical keyboards. I’d like to focus on a few primary areas such as the hardware/build quality, performance and customizability.

That said, let’s get going!

I absolutely love the look and feel of this keyboard. To start, the body is crafted from the same “aircraft quality” aluminum that so many accessory manufacturers have been embracing. It uses the included, nylon braided removable USB-C cable to connect to your computer.

The whole keyboard can be stored in the included carrying case, which is awesome. 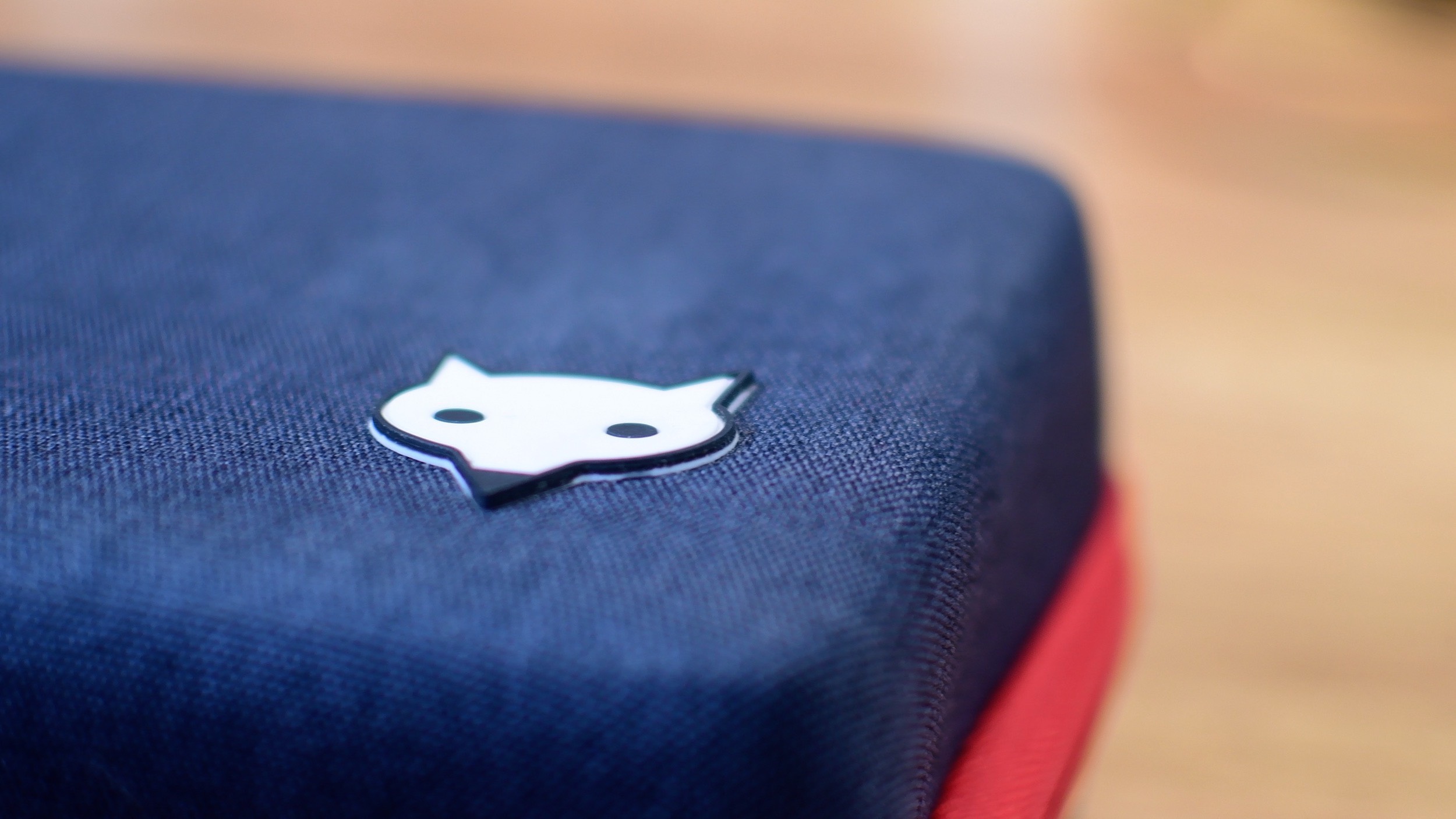 Not like you will be traveling with it, but it’s great to store it, the cable and your surplus keycaps.

Right now, it looks like the keyboard is only available with one switch type, the so-called Haku True switches designed by Input Club (the white/blue WhiteFox version has a few other switch options alongside the Haku True ones) 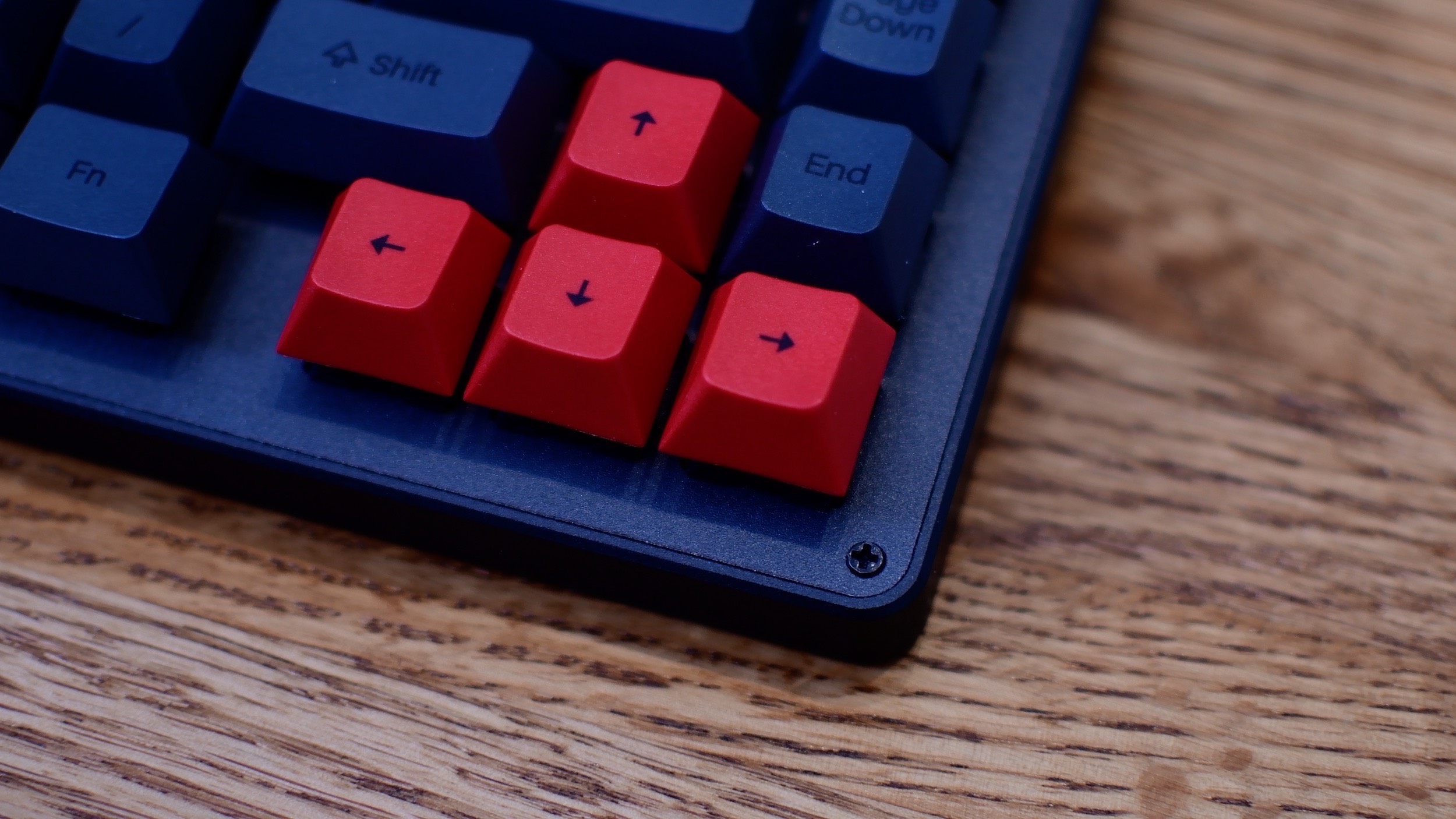 The keycaps are made of PBT plastic instead of the standard ABS plastic.

The PBT plastic is of much higher quality and even uses dye-sublimated text for the printed characters on the keys. This will hold up much better over time and won’t rub off. The PBT plastic also lowers the pitch of the keys when you tap them, making it a bit more palatable for people who have to listen to the keys since it isn’t so high and clicky.

In use, this keyboard is great.

It’s technically a 65% keyboard because it loses some of the common keys like the function row and the number pad (an updated version with a number pad is on the way). I love the feel of the keys, which have such great feedback. In my unit, it came with Kailh Brown switches which are fairly similar to the Haku True.

They take medium force and are more on the quiet side while still tactile. 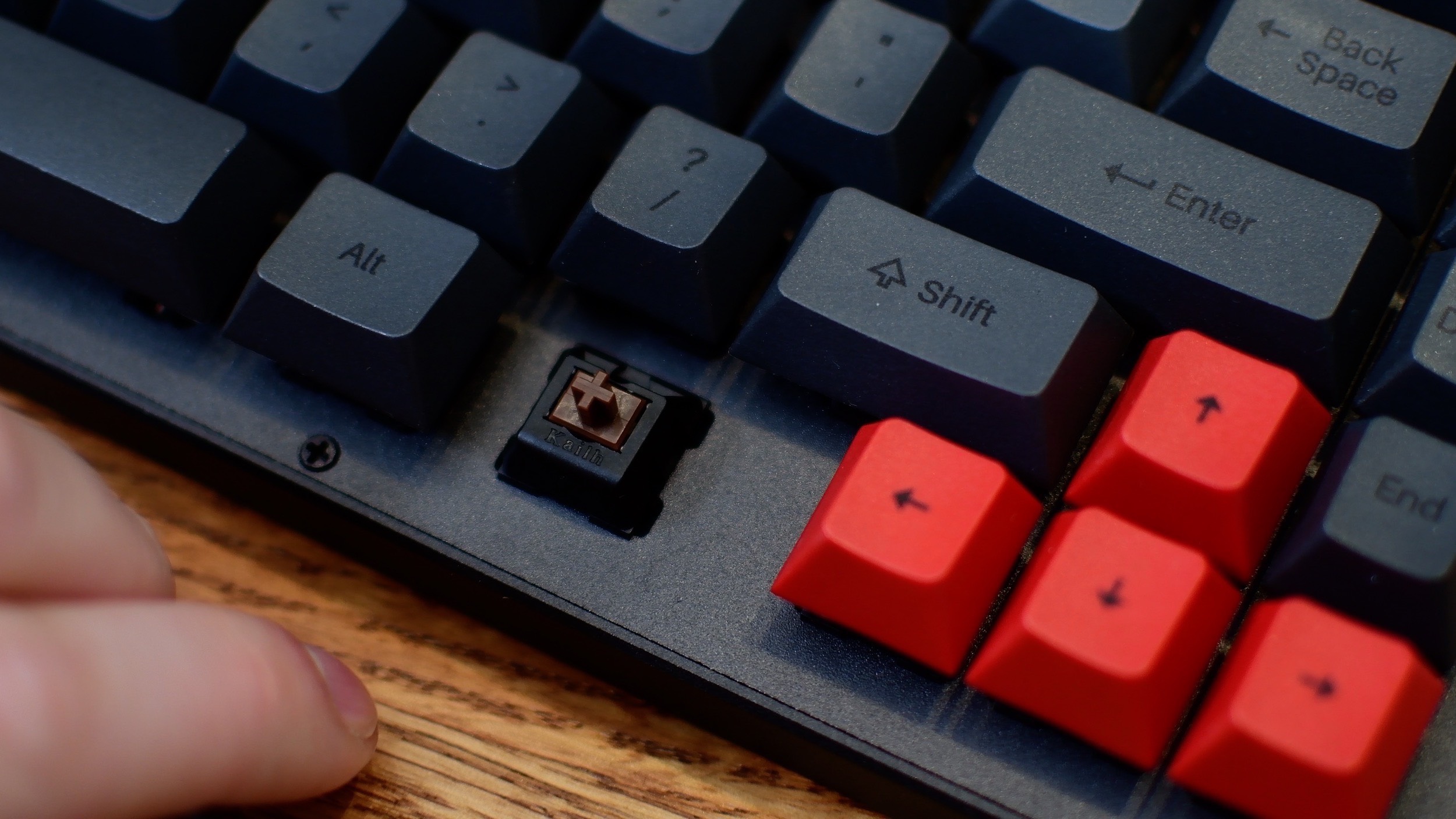 For the uninitiated, this means that you can hit as many keys as you want, as quickly as you can, and it won’t miss a one. Each of the keys you hit are relayed to a computer in the order they were pressed. This is an important feature and one of the main reasons we don’t see wireless versions of keyboards like this (just recently, they’ve been able to create zero-latency and n-key rollover technology in wireless form).

While current keyboards require a USB cable, those coming out in the next year or two will start to bring these features to the wireless world. I do wish it had other dedicated media controls built-in or additional USB ports like we saw on the DAS mechanical keyboard.

This keyboard features a ton of customization, both hardware and software ones.

Originally sold as a build-it-yourself kit, the WhiteFox keyboard has since launched as a prebuilt option (they’ve even open-sourced those designs) and you can easily open it up to see what’s going on inside of it. It comes with a plethora of additional keycaps that you swap yourself. For instance, you can set up the Control, Option and Command keys for use on a Mac, compared to the keys for a Windows or Linux PC. 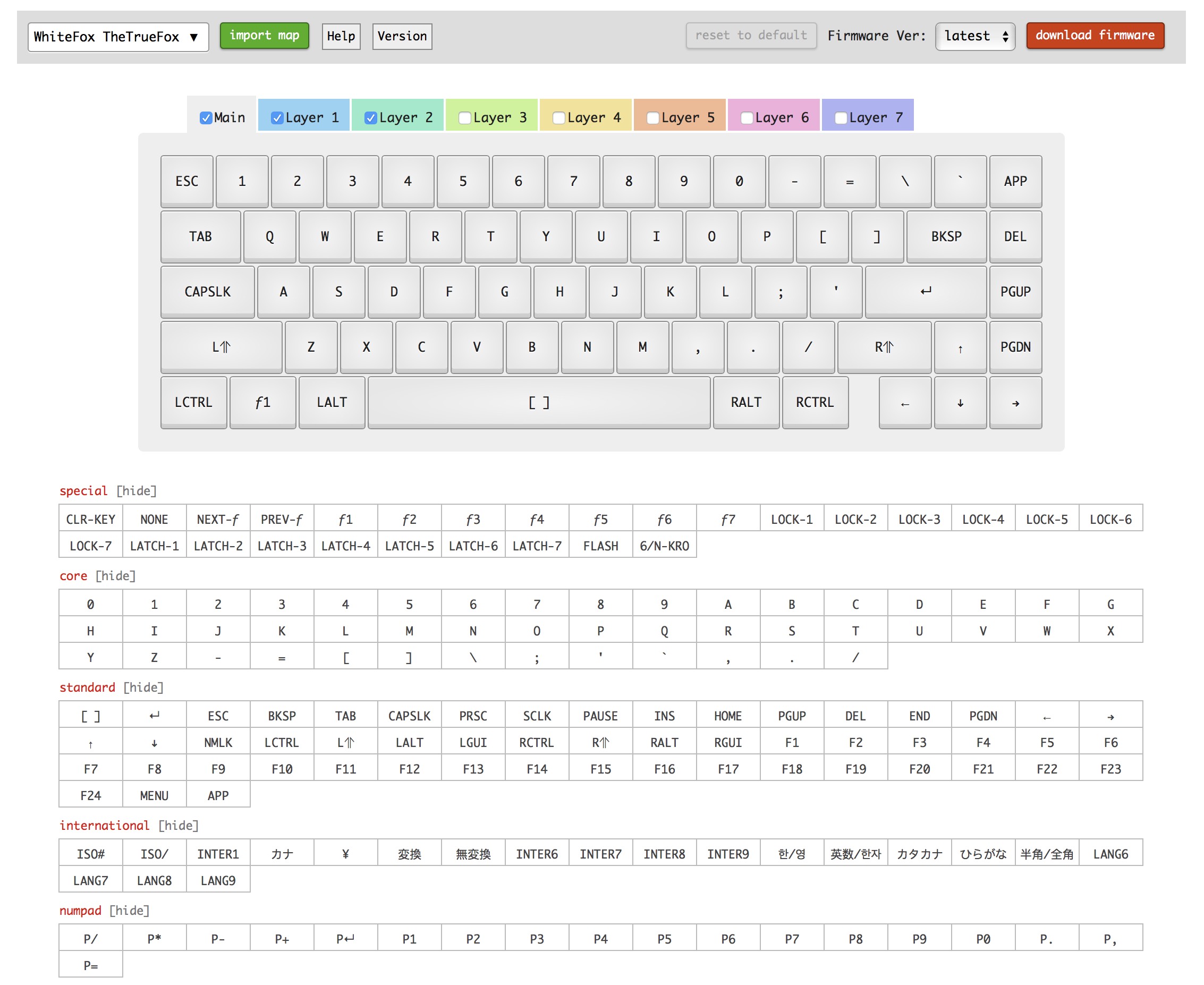 While it’s better than doing it all manually through terminal, programming the keys involves a slightly awkward process of visiting the Input Club’s web based configurator. There, you can select each key and what function it should have. You can even choose from a few basic layouts they’ve designed for you before loading them onto your keyboard.

The keyboard is also capable of having up to eight different layers that you can easily jump between, though I’m sure most people will be happy with just two.

Put a bow on it

I’ve tried my fair share of mechanical keyboards and the NightFox really stuck with me. It’s one I enjoy using day in and day out because it’s easily customizable to my liking, looks great and works great. Sure, I may prefer a wireless keyboard. Luckily, that technology is only a year away, at most, and I’d be happy to upgrade my USB-C wired version to a wireless option. 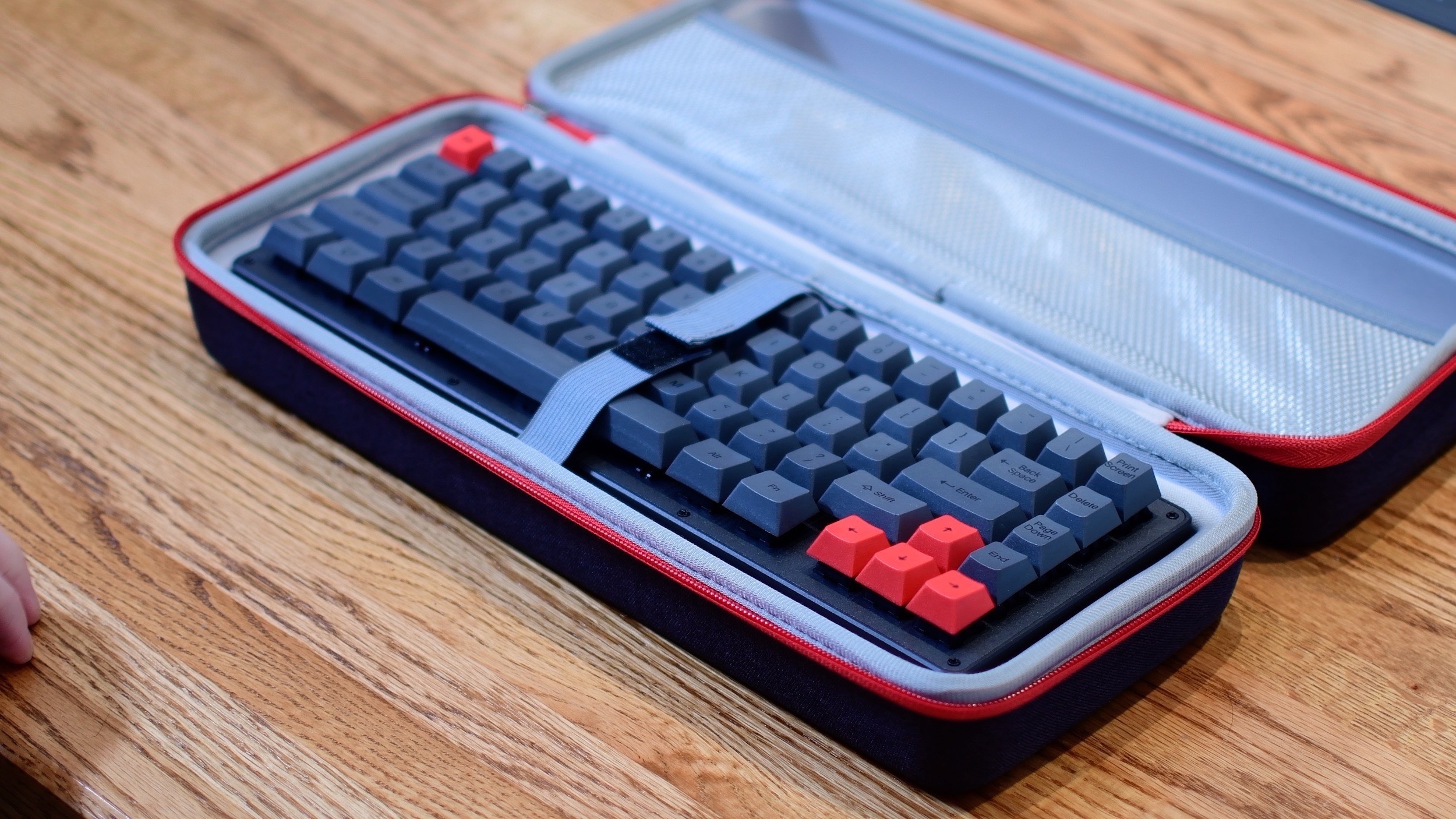 I know office workers and gamers rely on that number pad so maybe this 65% keyboard isn’t what they need. In that case, they should hold off for an upcoming, larger version.

Otherwise, if you like the NightFox it’s currently available for preorder directly from Kono. If you prefer a bit of a lighter color scheme, the original WhiteFox may be better suited for you. In either case, the NightFox will run you $189 (the WhiteFox is a slightly cheaper $169).

Let us know what you think of the NightFox and if it’s something you’d like to try out.