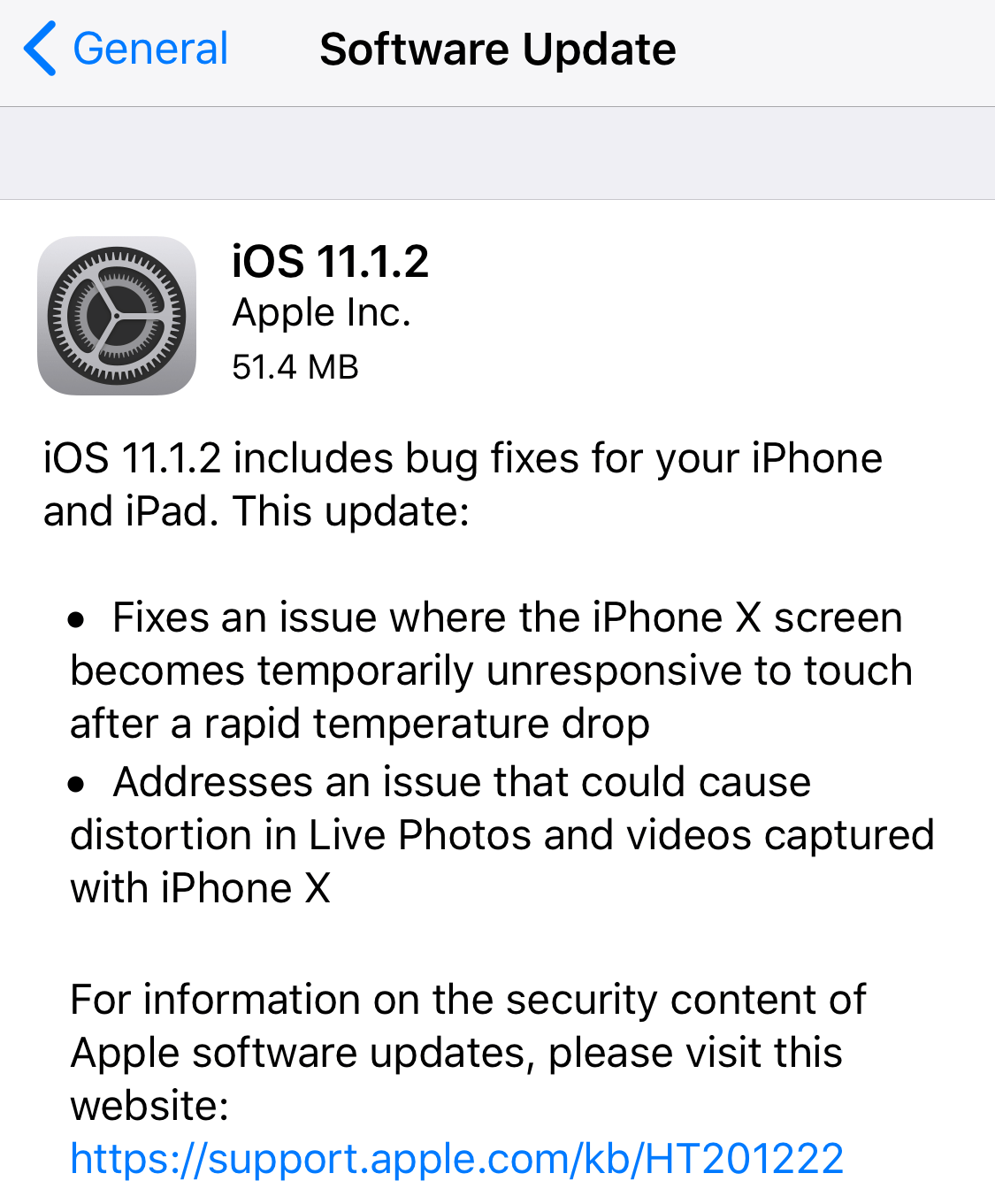 Apple on Thursday released software update iOS 11.1.2 for iPhones and iPads. As you can see in the above screenshot, the update includes a fix for the issue that caused iPhone X displays to become temporarily unresponsive to touch after rapid temperature drops. It also addresses the issue that can potentially cause distortion in Live Photos and videos captured with the iPhone X.

Apple acknowledged the iPhone X touchscreen issue earlier this month, when a Reddit post regarding the bug gained traction within the tech community.

I’ve noticed that my iPhone X screen becomes very unresponsive as soon as I step outside. It literally takes two seconds from going inside to the cold outdoors and my screen stops being very responsive. I try swiping on websites and it doesn’t register my finger. It’s very noticeable. Is anyone else having this problem?

Folks on non-iPhone X devices will still see the update, just know that it doesn’t contain any other major changes or features. Apple is, however, currently beta testing iOS 11.2, which does include support for its new Apple Pay Cash mobile payment platform and other improvements. We expect that update to become available to the public sometime in the next few weeks.