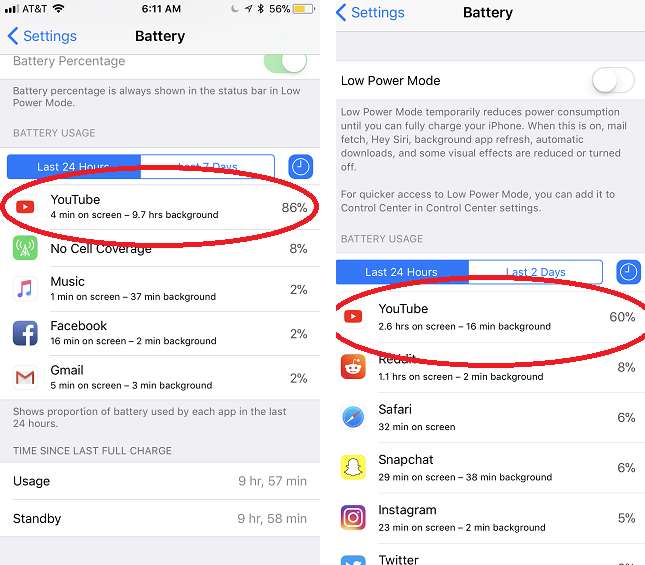 Some folks are complaining about YouTube for iPhone and iPad draining their battery excessively, even when the app is running in the background, causing the device to overheat.

Following user complaints on Reddit, Twitter and the official YouTube forum, technology blog PiunikaWeb was first to cover the issue. The site speculates that the YouTube app might have some issues on iPhone, iPad and iPod touch devices running iOS 11, causing them to overheat and drain the battery when playing back video.

The excessive battery drain on an affected device can be confirmed by going to Settings → Battery, where the YouTube app may be listed as the main culprit behind this issue. User reports indicate that this is mainly affecting iOS devices running iOS 11.1.1 or later.

The YouTube team is aware of the issue and is working on a fix. “This is something we’re actively working on,” YouTube wrote on Twitter. “Thanks for your patience.”

There’s no information as to how long it will take to fix the problem. For what it’s worth, YouTube for iOS was updated this morning with unspecified bug fixes. You can work around this issue by opening video pages from the YouTube app in the Safari browser.

Are you experiencing excessive battery drain when using YouTube for iOS?