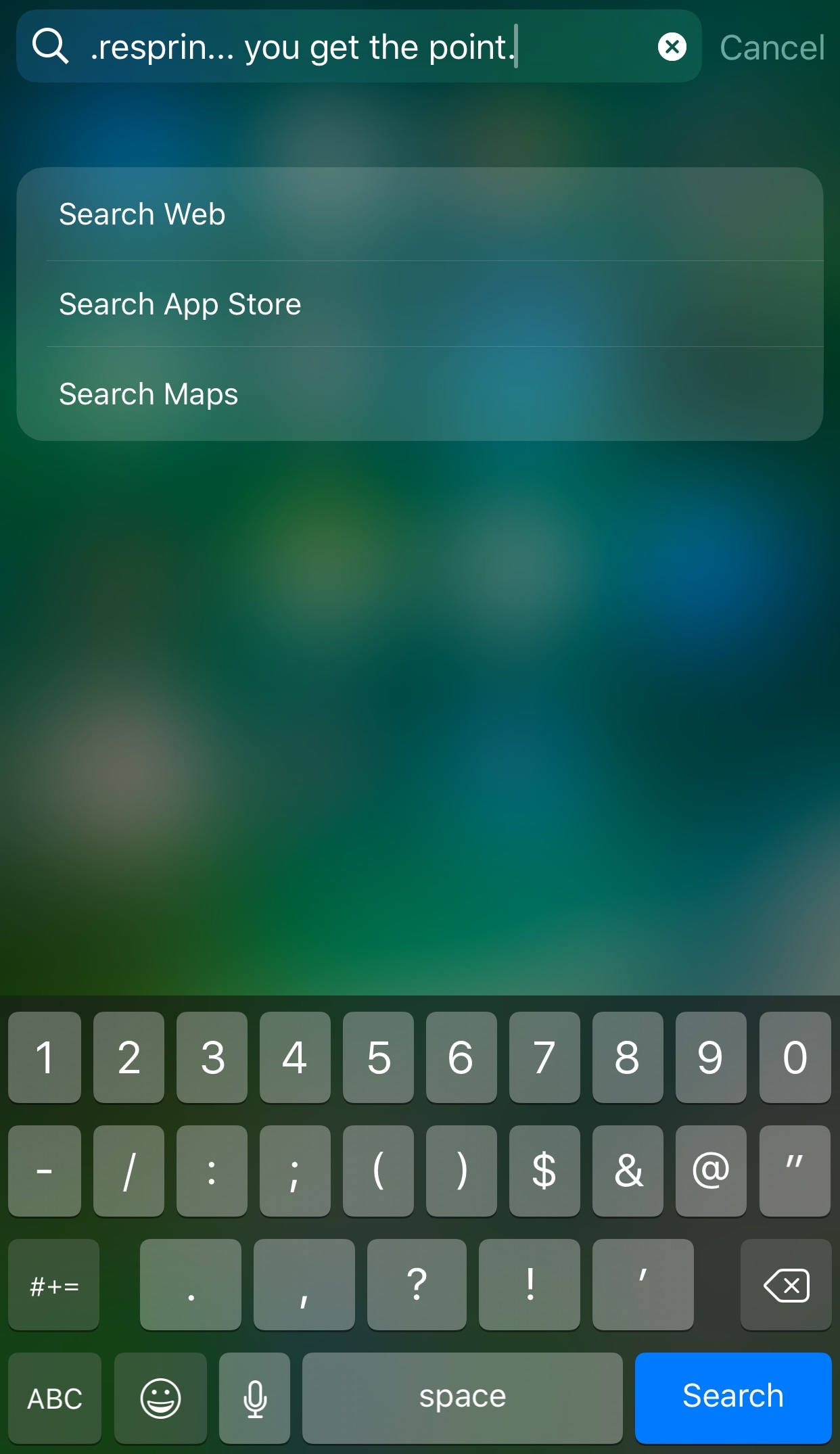 Because of how frequently I handle jailbreak tweaks on my jailbroken iPhone, I respring my device constantly. While some tweaks have respring buttons baked right into them for convenience, I’ve found that having a backup method for respringing or invoking Safe Mode on your handset can be particularly advantageous.

A whole host of tweaks in Cydia can help you respring your device in various ways, but one of the latest releases called KeyFunctions by iOS developer AlexK piqued my interest.

KeyFunctions takes an unconventional approach toward helping you to respring, reboot, or invoke safe mode on your device. While most tweaks have a graphical user interface (GUI) of some sort that you can interact with, KeyFunctions is more like a command line interface (CLI) because you have to type the commands out yourself.

To use the tweak, you will want to open the Spotlight search interface and type one of the supported commands. You can use any of the following:

Notably, the developer claims that you can use these commands anyplace you can pull a keyboard up. From this, I would gather that you could perform these commands in places like the Notes app, Messages app’s text field, or Settings app’s search bar, but I only managed to get the tweak working in the Spotlight search interface, as shown above.

With that in mind, KeyFunctions works well, but perhaps not precisely in the way that the developer explains it. Then again, the tweak purportedly works on iOS versions 3-10.2, so maybe my iOS version (10.2) has some sort of restriction while older iOS versions might not. Unfortunately, I can’t validate this, as I only have an iOS 10.2 device to test on.

That quarrel aside, KeyFunctions is a solid release. Entering these text-based commands to make your device do stuff is akin to using Terminal commands on your Mac, albeit much more simplistic, so I think it will appeal most to pro users more-so than basic users.

If you’re interested in trying KeyFunctions yourself, then you can download it for free from Cydia’s BigBoss repository. The tweak doesn’t have any options to configure, and you should be able to take advantage of it so long as your jailbroken device runs iOS 3-10.2.

Do you like the concept of KeyFunctions? Let us know in the comments section below.