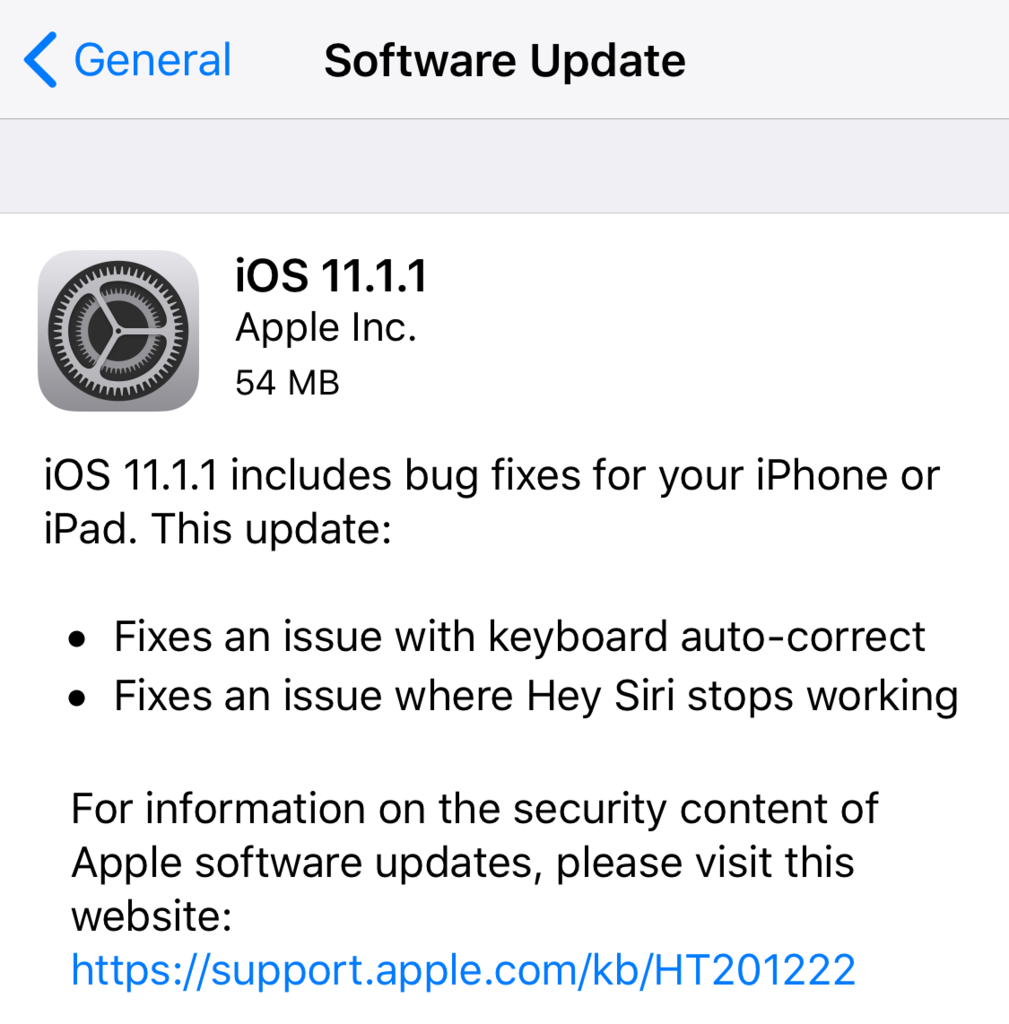 Apple on Thursday released iOS 11.1.1 update for iPhones and iPads. Today’s update comes a little over a week after iOS 11.1 was pushed out to the public, and it fixes two significant bugs that have been impacting a large number of users: Hey Siri randomly stops working and an issue with keyboard auto-correct.

Users affected by the auto-correct bug will be glad it’s finally fixed. The bug causes the letter “I” to auto-correct to “A[?],” causing confusion for folks sending text messages and posting on social media. The bug had become so prominent, in fact, that it had begun spawning memes and other jokes online.

If we spot any other notable changes in today’s update, we’ll let you know. To install 11.1.1 on your own device, navigate to the Settings app > General > Software Update. Apple has also recently begun seeding iOS 11.2 betas to developers and public testers with support for Apple Pay Cash and other new features.