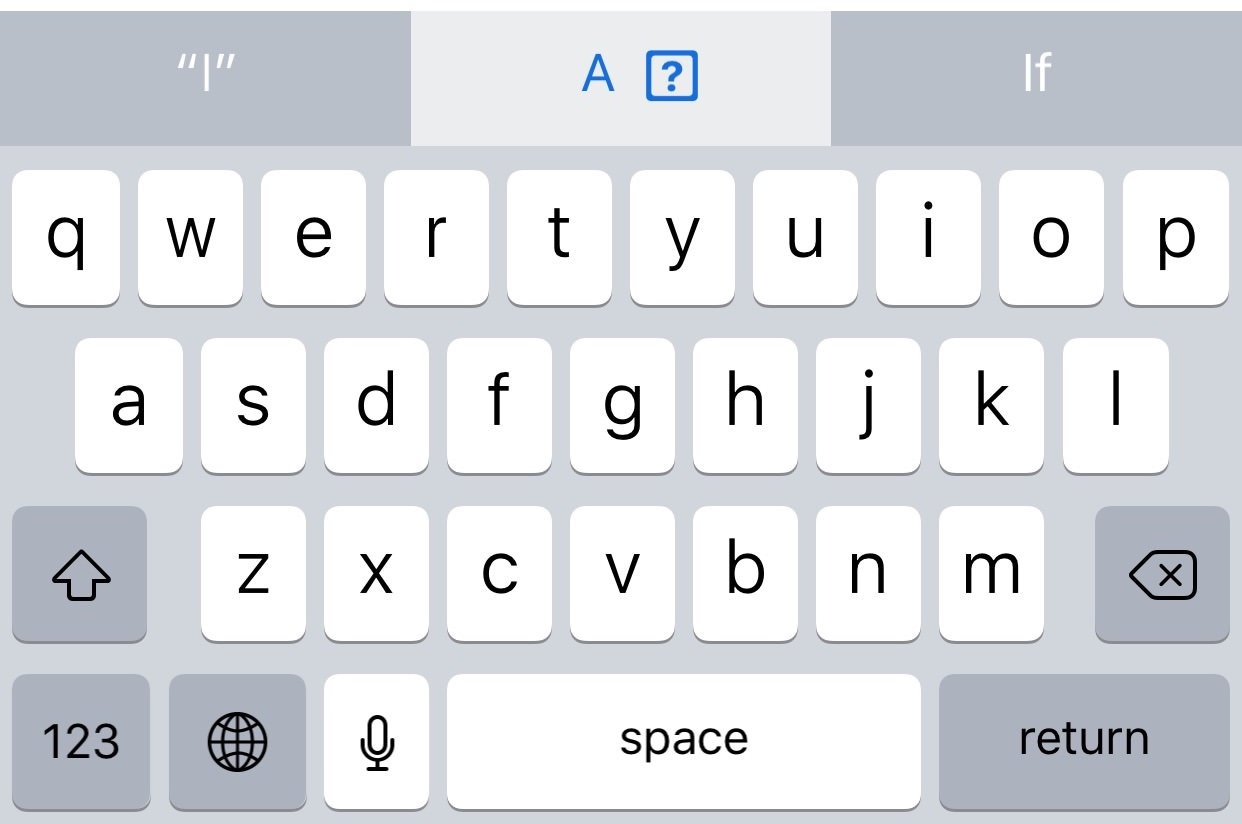 iOS 11.2 beta 2 includes a fix for the predictive text bug where typing the letter “i” can replace it with the uppercase letter “A” and a question mark symbol.

UPDATE: the iOS 11.1.1 software update, released on November 9, has fixed the bug.

According to MacRumors forum posts, some people have noticed that a fix for the issue is appearing in the second beta of iOS 11.2, which was released to developers yesterday.

An Apple spokesperson told The Wall Street Journal that an update squashing this bug “will be included in this week’s public and developer beta releases.”

“A fix will be released very soon,” an Apple spokeswoman said. “It will be included in this week’s public and developer beta releases, with wide rollout to follow.”

The initial iOS 11.2 public beta has been available for a week now, but the new public beta matching the developer-only iOS 11.2 beta 2 release is expected to follow soon. In a support document published yesterday, Apple pinned the problem on the newly released iOS 11.1 and suggested a temporary workaround.

First, you need to go to Settings → General → Keyboard → Text Replacement. Then, tap “+” in the upper-left corner and enter “I” in the phrase field and “i” in the shortcut field. Tap Save to finish making changes then do the opposite: add “i” for the phrase and “I” for the shortcut.

Apple now says the bug could also appear in earlier versions of iOS 11.

Have you noticed this bug at all?