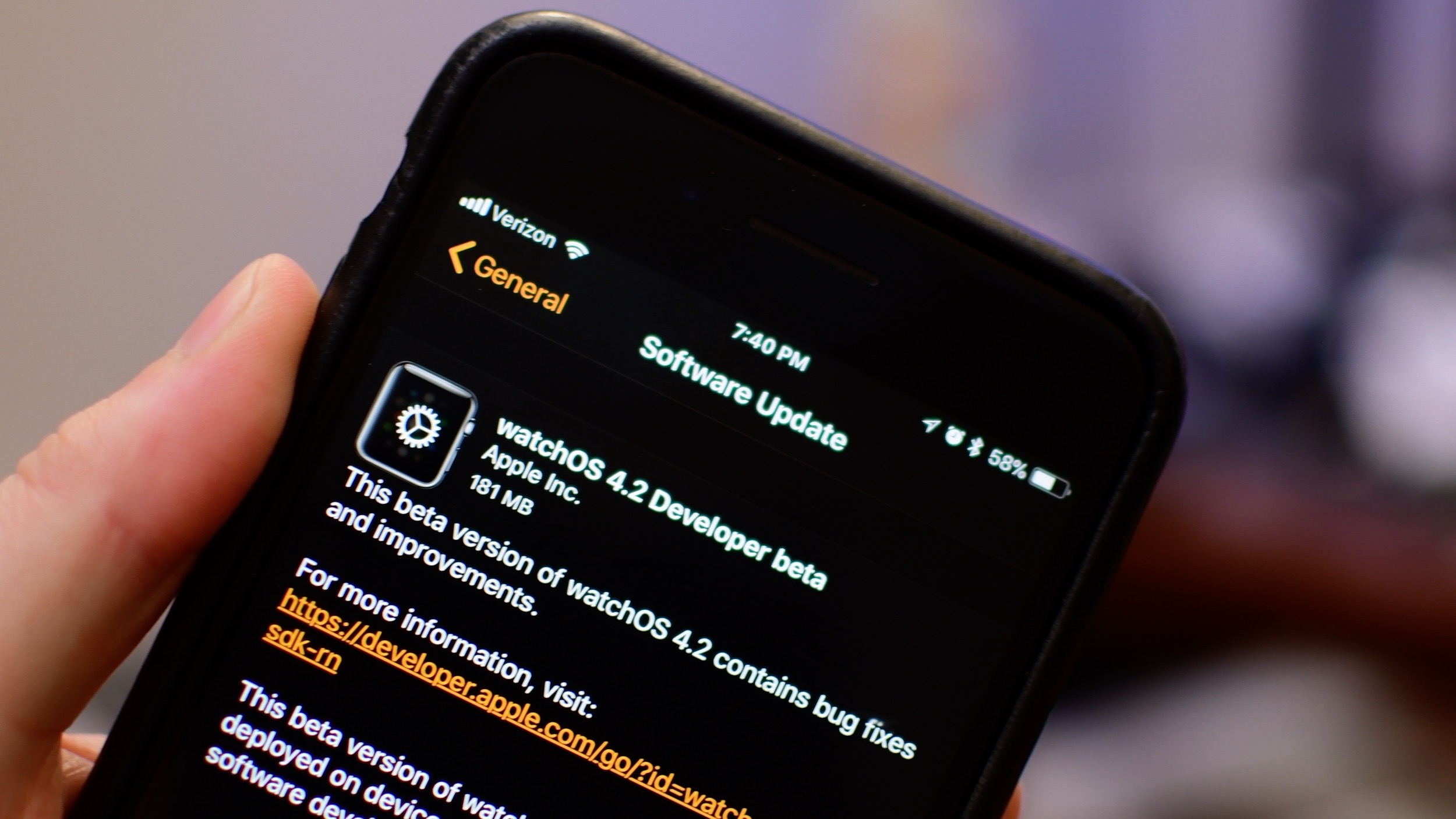 To see all the changes in watchOS 4.2 beta 1 for yourself, check out our video.

watchOS 4.2 seems like a relatively minor update so far with a few small yet noticeable tweaks, but Apple could easily implement more new features and enhancements in subsequent betas.

The only real major change so far is a new shortcut button when playing audio, plus some tweaked emoji looks and the usual batch of under-the-hood improvements and bug fixes.

When you go to play audio, like from the new Radio or Music app, it will present you with options for audio. I have my AirPods so whenever I go to play audio, it previously would just show AirPods as my option.

Now, it shows me AirPods along with a new Add New shortcut leading to the Bluetooth section in Settings where I can quickly pair a new Bluetooth audio device.

Another minor tweak is some changes to emoji.

While the new watchOS 4.1 software brought 70+ new emoji, watchOS 4.2 tweaks some of them, like the camera emoji which looks much more realistic than the flat one in the past.

Apple pushed the watchOS 4.2 beta yesterday before briefly pulling it offline for some undisclosed reason. It came back later in the evening, and I’ve been testing it since.

I’ve had nearly a day to test out, and it seems the battery life is really good. I wore my watch through the night to track my sleep, and about half of the day so far. After all that, I currently am at 78 percent of my battery.

That is surprisingly good, especially for an initial beta.

Your thoughts on watchOS 4.2?

How are you liking watchOS 4.2 so far?

If you’ve found anything else of note in beta one, do sound off in the comments below!