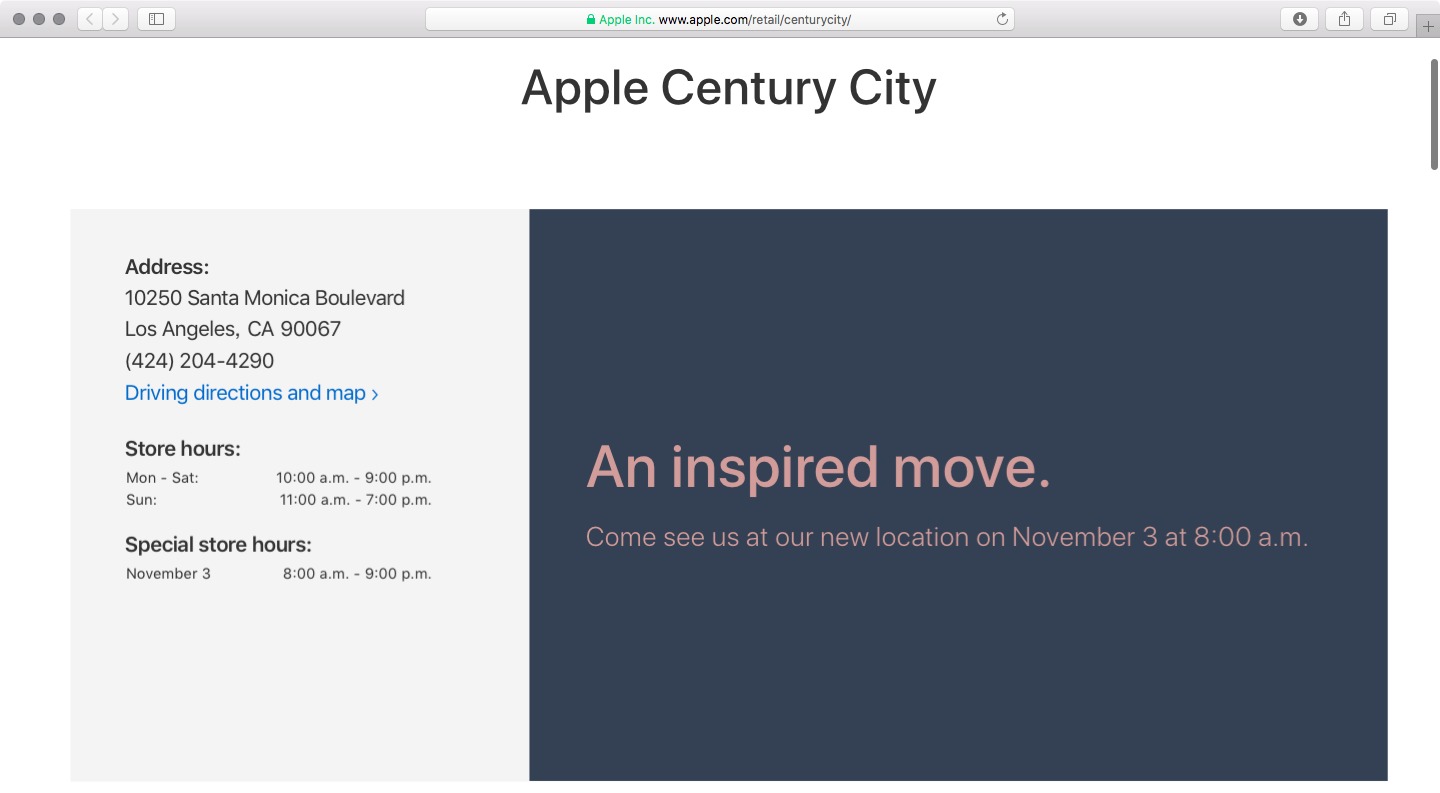 Apple on Thursday announced via its Retail mini-site the grand opening of its revamped and expanded Century City store on Santa Monica Boulevard in Los Angeles.

The retail outlet is scheduled to open early on November 3 at 8am local time, likely to accommodate traffic on iPhone X launch day. “An inspired move,” reads a notice on the Apple Retail website. “Come see us at our new location on November 3 at 8:00am.”

Notably, Century City has been undergoing $1 billion in renovations. 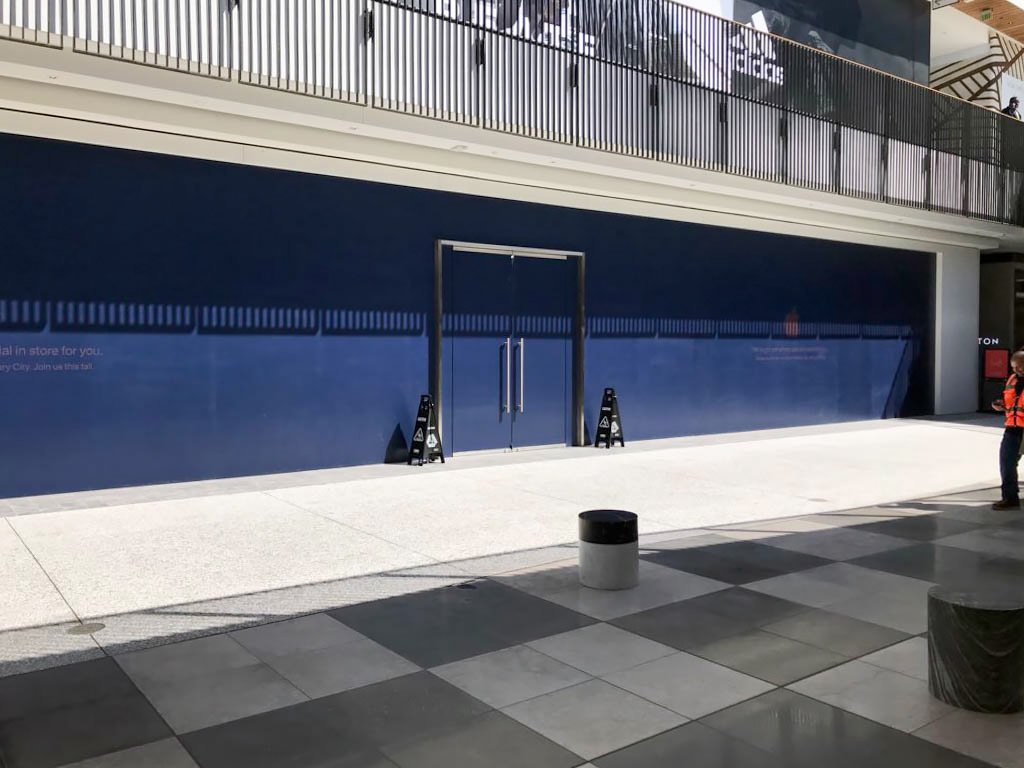 Like other stores opened since September 2015, the Century City one sports Apple’s next-gen retail design with the familiar sequoia wood tables and shelves, “Today at Apple” sessions, light boxes across the ceiling, a dedicated video wall, massive glass doors and other perks.

A spacious Apple store is also scheduled to open in Westfield Century City in Los Angeles later this year, as part of the shopping mall’s $1 billion expansion and modernization plans.