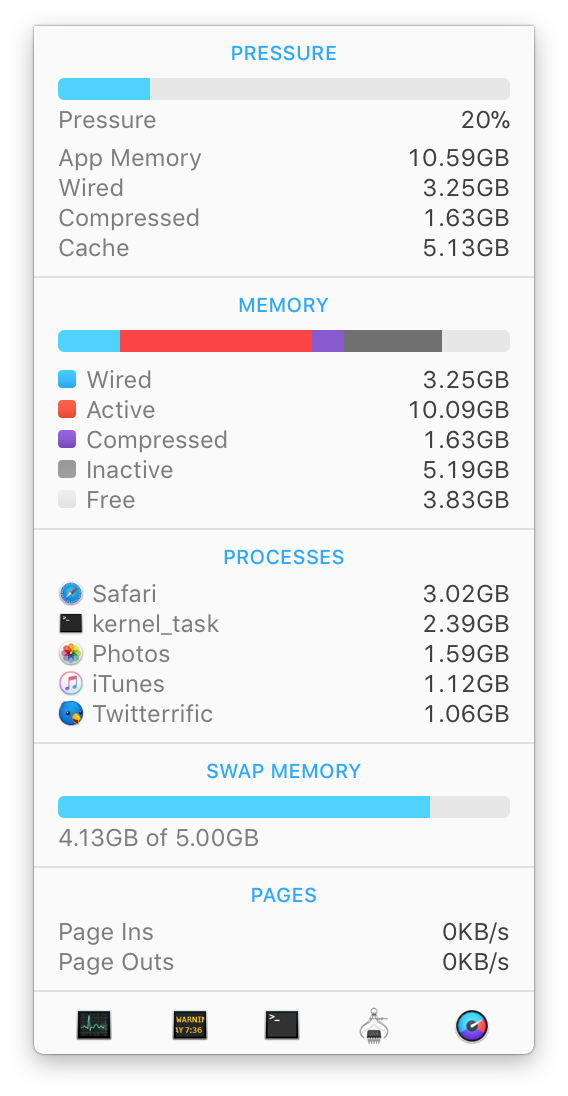 Safari on macOS High Sierra has been found to use much less memory than on previous versions of Apple’s desktop operating system, according to Kirk McElhearn.

Using the iStat Menus app to measure RAM consumption under macOS High Sierra, McElhearn has discovered (via The Loop) that Safari’s memory usage has dropped “a great deal” from earlier macOS releases.

“Right now, with my iMac running for more than four days, Safari is only using about 3 GB of RAM. And this with more than a dozen tabs open,” he wrote. Previously, the browser would be using 5,6, even 8 or 9 GB of memory, McElhearn said.

“I would have to quit it every few days to get it to stop being sluggish,” he added.

I’ve noticed the same thing on my mid-2013 MacBook Air with 4GB of RAM.

Before macOS High Sierra, Safari would slow down my computer with more than two-dozen tabs open. macOS high Sierra makes my machine noticeable snappier under high load, a much-needed improvement that I chalked up to under-the-hood optimizations.

And because any improvement in memory usage makes Safari and the whole computer run faster, this also has a positive effect on battery life.

Have you noticed the same thing on your setup?