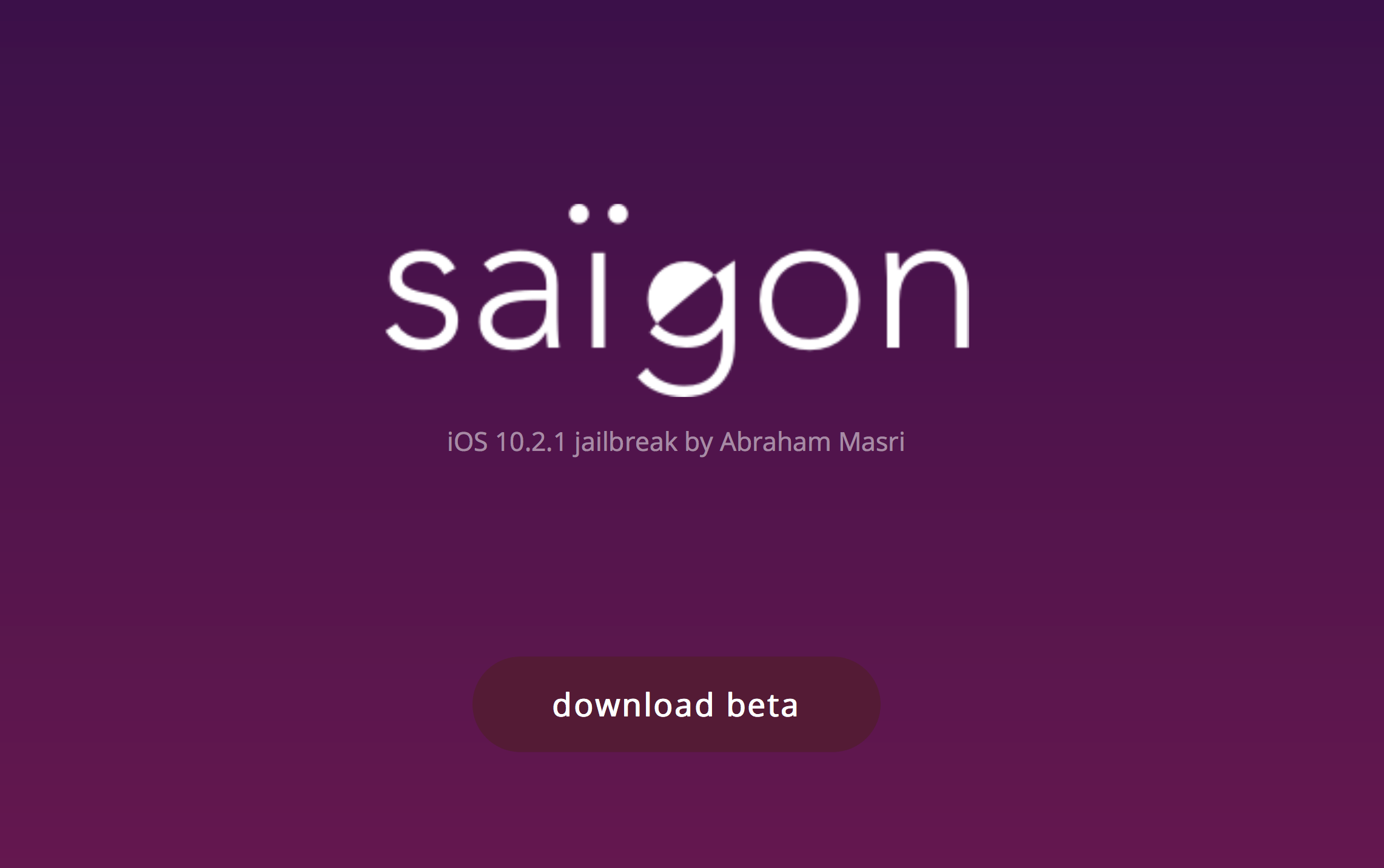 There’s a new release in the jailbreak line-up: an iOS 10.2.1 tool called Saïgon. Although it still doesn’t cater for the latest firmware versions, it comes closer than we’ve seen in a while and what’s more, is for 64-bit devices. We’ve waited a few days to see any early reports of success, before collecting up the currently available info on this most recent development in the jailbreaking world.

The Saïgon jailbreak incorporates three publicly released exploits into a single tool. It had been known for some time that the exploits known as ziVA, triple_fetch, and the kernel protection bypass (used in extra_recipe and Yalu) could be combined into a jailbreak for various iOS 10 firmwares, but until now no-one had seemed prepared to step up and perform the tricky work required to do so.

Developer Abraham Masri has taken up the task and managed to get the full jailbreak running on a small selection of devices, in a first beta posted to the Saïgon website.

At present, the supported device/firmware list is a little ænemic, as seen below:

However, there seems to be no reason why support should not extend eventually to all 64-bit devices on iOS 10.2.1. Further work, apparently based on devices’ video drivers, is needed to widen support.

Interestingly, triple_fetch works up to iOS 10.3.2, and ziVA works up to iOS 10.3.1. This means that some devices could eventually see a jailbreak up to iOS 10.3.1, though this remains to be seen. Other considerations to do with KPP and Cydia Substrate make this proposition a little more complicated, but the Saïgon website does claim that iOS 10.3.1 support for iPhone 6s is coming.

At the very least, the exploits should allow Saïgon to be used as a nonce-setter on firmwares up to iOS 10.3.1, even if it doesn’t end up being a full jailbreak above iOS 10.2.1. This would allow restoring to unsigned iOS 11 firmwares with futurerestore, if a jailbreak later becomes available for them. So you could save blobs for each iOS 11 firmware which is released, stay on a Saïgon compatible firmware for now, and make the jump at a later date.

Early reports suggest that the new tool is somewhat finicky, with some succeeding almost immediately whilst others struggle for hours before managing to jailbreak. It is to be hoped that this can be improved in later betas, though sometimes the exploits being used have a fundamental (in)stability which cannot be improved upon.

We’ll keep you updated on Saïgon’s progress, especially when more firmwares and devices are supported, but if you have a device on iOS 10.2.1 and would like to check it out now, the first beta can be obtained on the official website. For those wishing to peruse the code, try the author’s GitHub page. I personally am waiting to see if support arrives up to iOS 10.3.1, as the only devices I have which aren’t already jailbroken are on that firmware.

Have you successfully used Saïgon? Is your device due to be supported soon? Let me know your experiences with the tool below; it’d be interesting to get an idea of its stability.