Apple’s 3D Touch technology uses an additional layer of 96 pressure sensors to detect when you press the display, simulating a click feel by vibrating the phone’s built-in Taptic Engine.

A new Apple patent application reveals the company has been researching a future 3D Touch implementation with integrated haptic feedback.

Published by the United States Patent and Trademark Office (USPTO) on Thursday, the patent application titled “Dynamically stabilized magnetic array” outlines a future 3D Touch system that would use electromagnets and permanent magnets built into a display assembly. 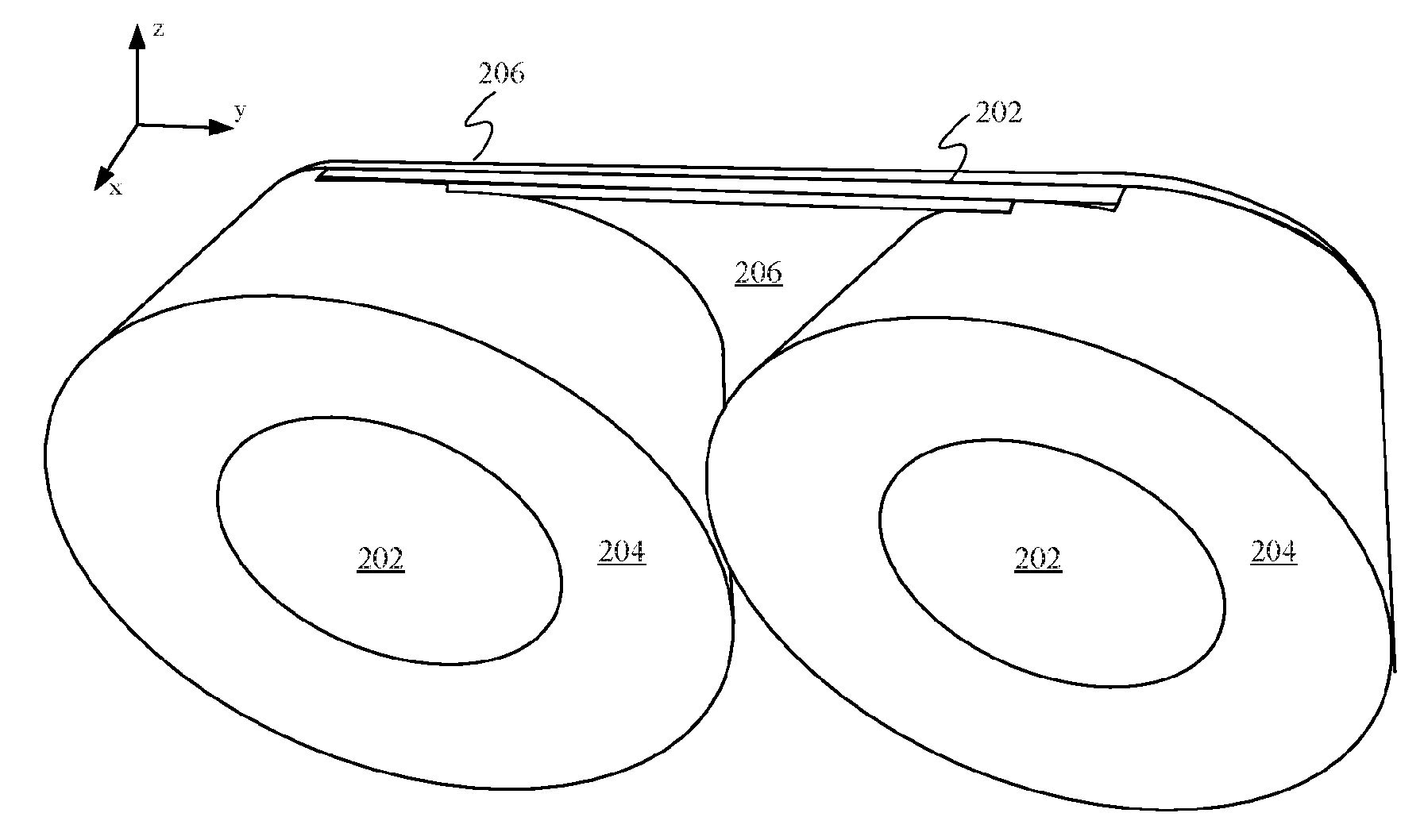 Applying pressure to the display’s cover glass enables a magnetic circuit between the two magnets, resulting in repulsive forces that provide tactile feedback. By controlling the amount of current to the electromagnet system, Apple could alter the degree of haptic response.

The system would detect and respond to changes in the strength of the magnetic circuit caused by a depression of the display layer. If the vacillation exceeded a threshold value, current would be supplied to one electromagnet element, resulting in a tactile response.

This could be especially useful when typing on the virtual keyboard, using apps such as a virtual piano and more. Here’s an interesting excerpt from Apple’s patent application:

In some embodiments, input device can be configured to display a piano style keyboard interface. In a piano configuration, the keyboard would be made up of two types of keys, black keys and white keys.

In some embodiments, corresponding combinations of electromagnets and permanent magnets can be larger or smaller depending upon an amount of resolution desired when defining three-dimensional shapes upon input device. While a piano layout is depicted other embodiments are also possible such as for example a drum layout or in some cases a standard keyboard layout.

It’s unclear from the patent if this technology is meant to supplant Taptic Engine, which is basically an actuator that can produce a range of different vibrations, or augment it.

First filed for in June, the patent credits Apple engineer James A. Stryker as its inventor.