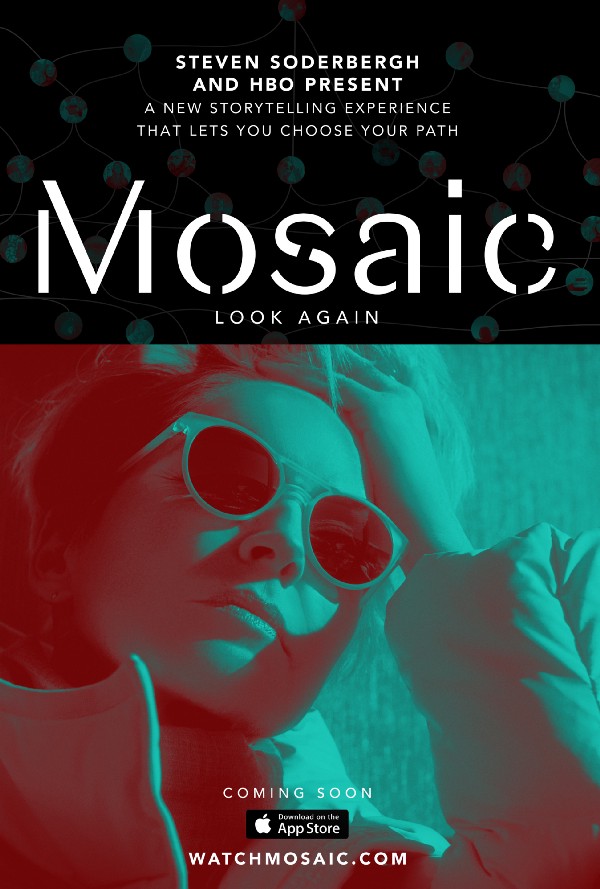 A recently announced TV show from HBO and Academy Award winner Steven Soderbergh will let viewers influence the outcome of certain events via an iPhone app.

According to The Verge on Monday, HBO’s upcoming six-part TV show, called “Mosaic,” will air in January 2018. An accompanying app, coming in November, will permit viewers to choose a character and follow their specific experiences.

The app will include character profiles, newspaper clippings, voice recordings and other content as part of the interactives used in the story.

Here’s the official trailer for “Mosaic”.

The choices viewers make within the app build upon one another, enabling multiple tellings of the story from different perspectives and, sometimes, with different conclusions. According to HBO, you’ll be able to see how your own versions of the story on the app ultimately compare to Soderbergh’s six-part linear narrative in January.

Soderbergh described the show as follows:

Also, we weren’t reverse engineering the story to fit an existing piece of technology; the story was being created in lockstep with the technical team.

The fluidity of that relationship made me feel comfortable because I wanted it to be a simple, intuitive experience. I didn’t want moments where you are making a decision to feel like interruptions.

You can learn more at watchmosaic.com.

What do you think about “Mosaic” so far?