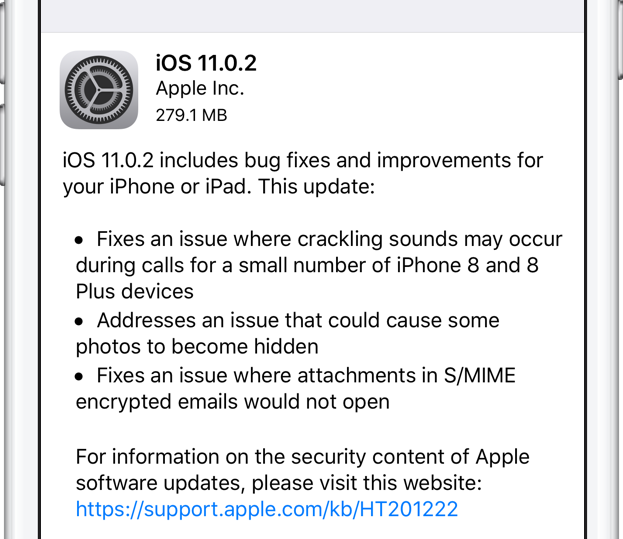 Apple on Tuesday released a minor iOS 11.0.2 software update for iPhone, iPad and iPod touch following the bug-fix iOS 11.0.1 update which dropped a week ago.

iOS 11.0.2 resolves an issue with a crackling or static sound that some iPhone 8 and iPhone 8 Plus owners reported hearing through the earpiece during cellular and FaceTime calls.

Apple’s latest software update is available over-the-air in Setting → General → Software Update and carries a build number of 15A421.

You can download the firmware files through the iDownloadBlog Downloads page.

Apple’s official release notes state that iOS 11.0.2 includes bug fixes and improvements for your iPhone or iPad, including:

For information on the security content of iOS 11.0.2, consult Apple’s security document.