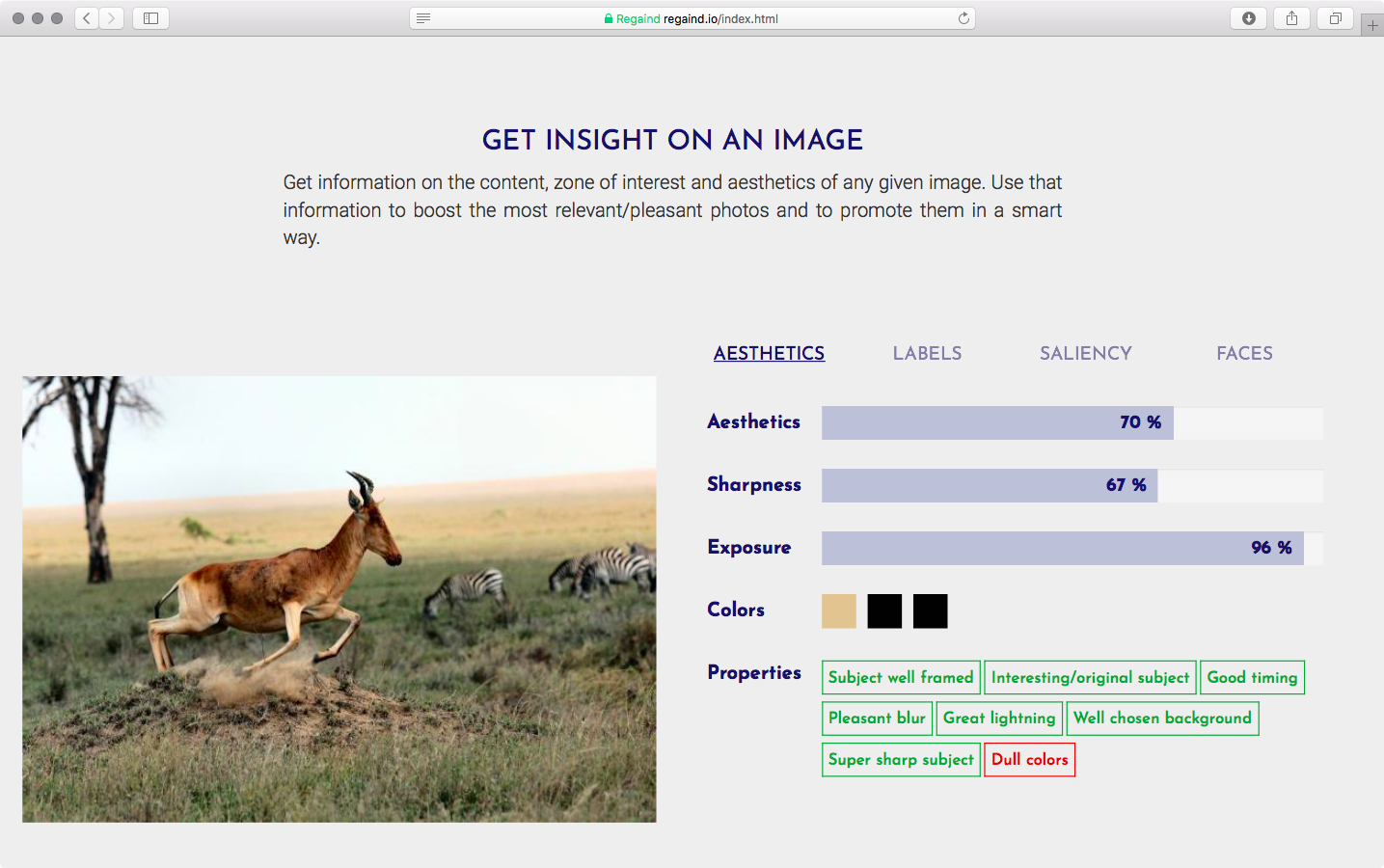 It was recently reported that Apple earlier this year had acquired a computer vision startup called Regaind, located in Paris. The company specializes in AI-driven photo and facial analysis, which could tie nicely into Apple’s ARKit and face tracking features built into iOS 11.

Apple practically confirmed the acquisition with its usual boilerplate statement to TechCrunch two days ago, saying “Apple buys smaller technology companies from time to time and we generally do not discuss our purpose or plans.”

Back in 2015, Apple acquired face tracking and motion capture specialists Faceshift and their technology appears to have made its way into iPhone X, powering the Animoji feature.

This is an excellent move on Apple’s part with loads of possibilities.

We help businesses and developers deal with massive flows of images by using state-of-the-art artificial intelligence to analyze and sort them. Your problem is often not reduced to finding a photo of a “sailboat” or of a “lion”: it’s also about finding the right one for your specific use, among many others.

Regaind enables you to understand the content of an image, as well as to assess its technical and aesthetical values, so as to maximize your impact with high quality photos.

Regaind’s API can detect the gender, age and emotions of the people that appear on photos. Not only that, it also can determine the overall composition, aesthetics and other technical merits of the photo, including things like sharpness, exposure, colors and other properties.

Moreover, the API is capable of selecting the best shot from a series of photos based on those metrics while hiding low-quality or duplicate photos. It’s unclear if Apple may already be using Regaind technology for the iPhone X Animoji feature or enhanced Photos capabilities in iOS 11.

The small startup had raised about $500,000 from Side Capital.

Curiously enough, the Regained website was online at the time of this writing. The INRA Center of Research has a detailed overview of the company.