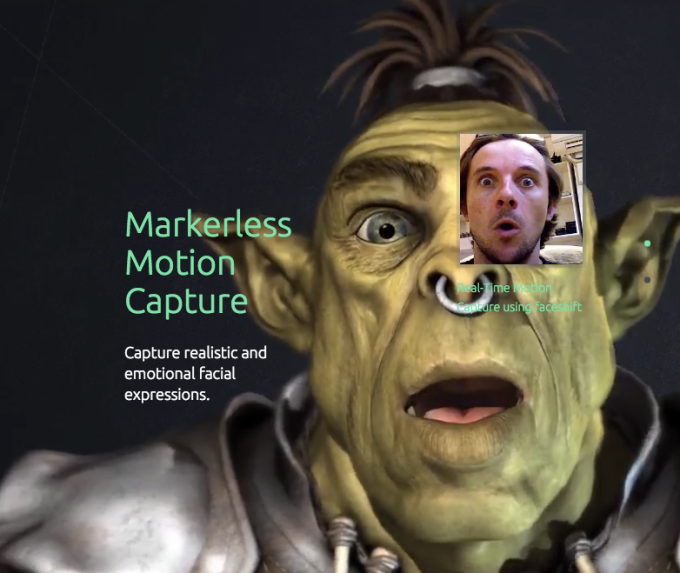 Apple has acquired a Zürich, Germany-based startup FaceShift which provides a proprietary technology for real-time motion capture that was used in the latest Star Wars film and in production of a number of high-profile video games. Apple has officially confirmed the deal in a prepared statement to TechCrunch.

Speculation is rife as to how Apple might be taking advantage of such a sophisticated motion capture technology in its own products, including potentially using it to power real-time avatars for FaceTime video chats.

As mentioned, FaceShift’s real-time motion capture allows characters in games and movies to closely mimic the features and facial expressions of human actors.

“Faceshift studio is a facial motion capture software solution which revolutionizes facial animation, making it possible at every desk,” according to Faceshift’s website which was taken down following news of the deal.

“Apple buys smaller technology companies from time to time, and we generally do not discuss our purpose or plans,” a spokesperson for Apple told the publication. The site has learned that several Faceshift employees are now working for Apple out of Europe.

Here’s a video showing off Faceshift’s technology (they provide plug-ins for Maya and Unity) in conjunction with RealSense 3D cameras.