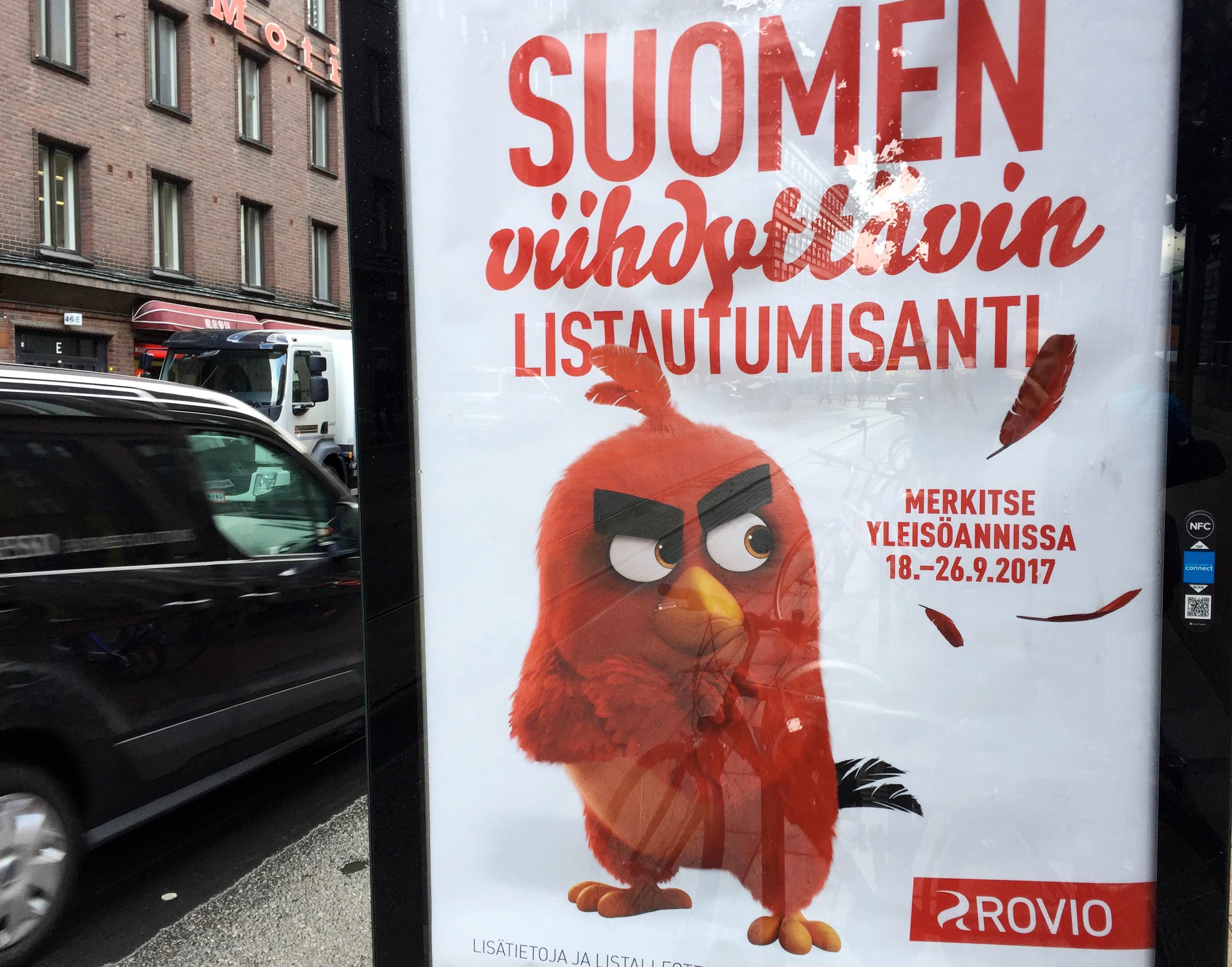 The company priced the IPO at the top end of the initial range on Thursday, giving it a market valuation of 896 million euros, or approximately $1.06 billion. The company is due to start trading on Friday.

The Financial Times observed that the figure is below the $2 billion valuation pushed by some of Rovio’s backers earlier this summer and estimates of as much as $9 billion at the peak of Angry Bird’s success in 2011.

Chairman Mika Ihamuotila said the money from the IPO will be used for growth:

In the IPO, Rovio received gross proceeds that will be used to support Rovio’s growth strategy. We also believe that the listing will strengthen Rovio’s brand recognition and brand awareness and thus enhances Rovio’s competitiveness.

The price was set at 11.50 euros per share versus the initial range of 10.25-11.50 euros, the company said in a statement. Some of Rovio’s major owners and investors include Trema International and venture capital firms Accel Partners and Atomico.

Rovio’s games have been downloaded 3.7 billion times. While the company was slow to embrace the in-app purchase model, it was rescued by the unexpected success of The Angry Birds Movie, which made $350 million at the box office last year.