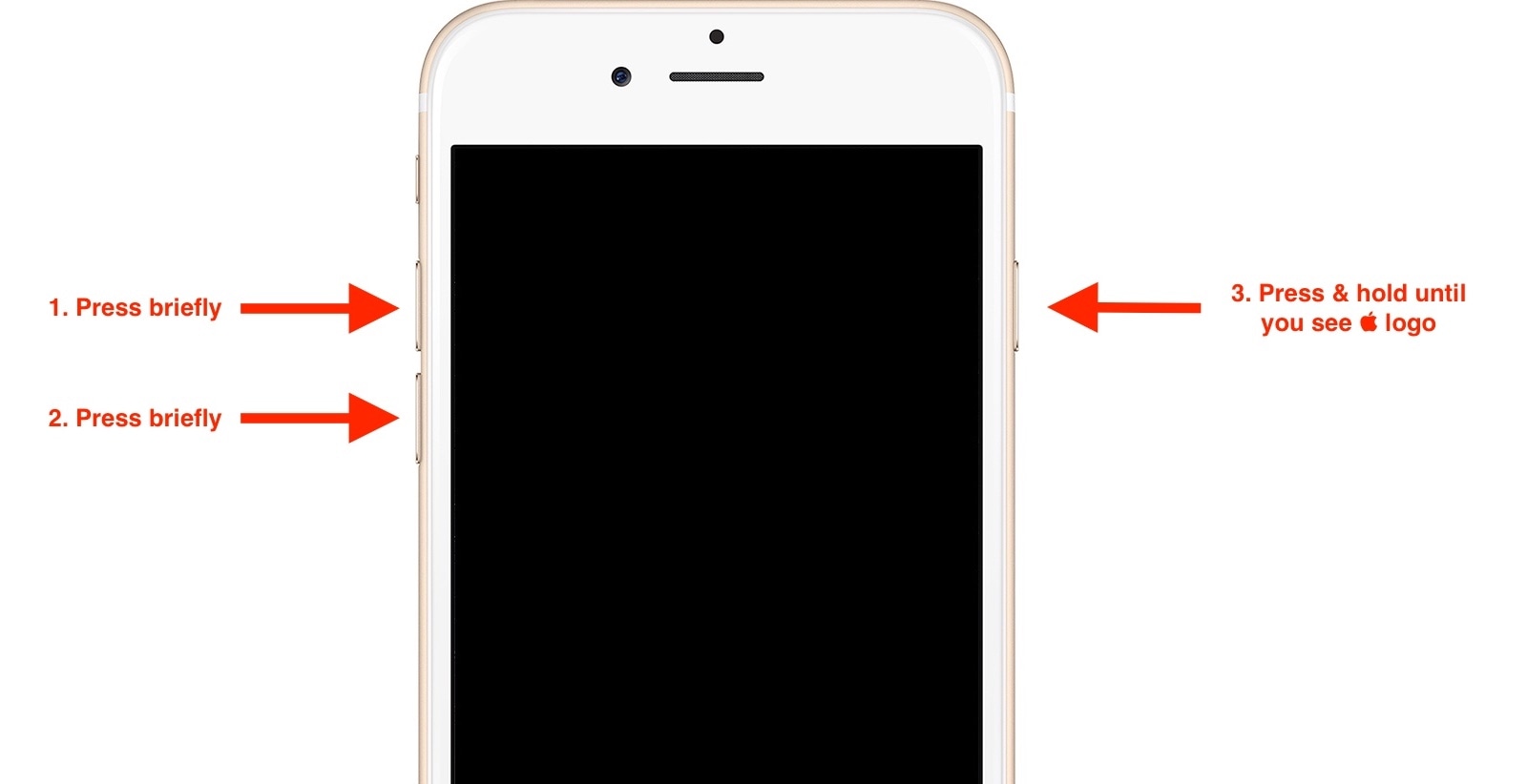 Force restarting, or force resetting an iPhone can be a life saver should things turn for the worse. For instance, if an app happens to freeze, or all buttons become unresponsive leaving you in the impossibility to do anything on your iPhone, a force restart is your only way out of it.

How to force restart iPhone 8 or iPhone 8 Plus

1) Press and quickly release the Volume Up button.

2) Then press and quickly release the Volume Down button.

3) Finally, press and hold the Side button until your see the Apple logo. Note you should not release when the screen goes black. Instead, keep holding until you see the Apple logo on your screen, at which point, you can safely release the button.

Your iPhone 8 will reboot and hopefully, what got you stuck in the first place will be a thing of the past.