Repair wizards over at iFixit have torn apart the new Apple TV 4K set-top box and discovered 3GB of RAM, all-new thermal vents and a huge new fan, among other features.

With 4K HDR streaming capabilities, 3GB of RAM and the powerful A10X Fusion chip, the new box brings the heat. “An iPad Pro-worthy processor and 3 GB of RAM pushing all those pixels means the TV will get a lot hotter a lot faster,” notes iFixit.

To prevent the chips from frying and cool the processor and RAM, the device has a huge internal fan and eight vents tasked with dispersing heat. X-ray vision (see image at the top) shows the new fan (driven by a Nidec brushless motor) as a circular object that appears to coordinate closely with the exhaust ports on the bottom panel.

The fan is combined with the heat sink and EMI shield from the fourth generation device to create a seamless thermal solution. In case the fan breaks customers can swap it out easily because Apple’s made it replaceable, which is obviously good news for owners. 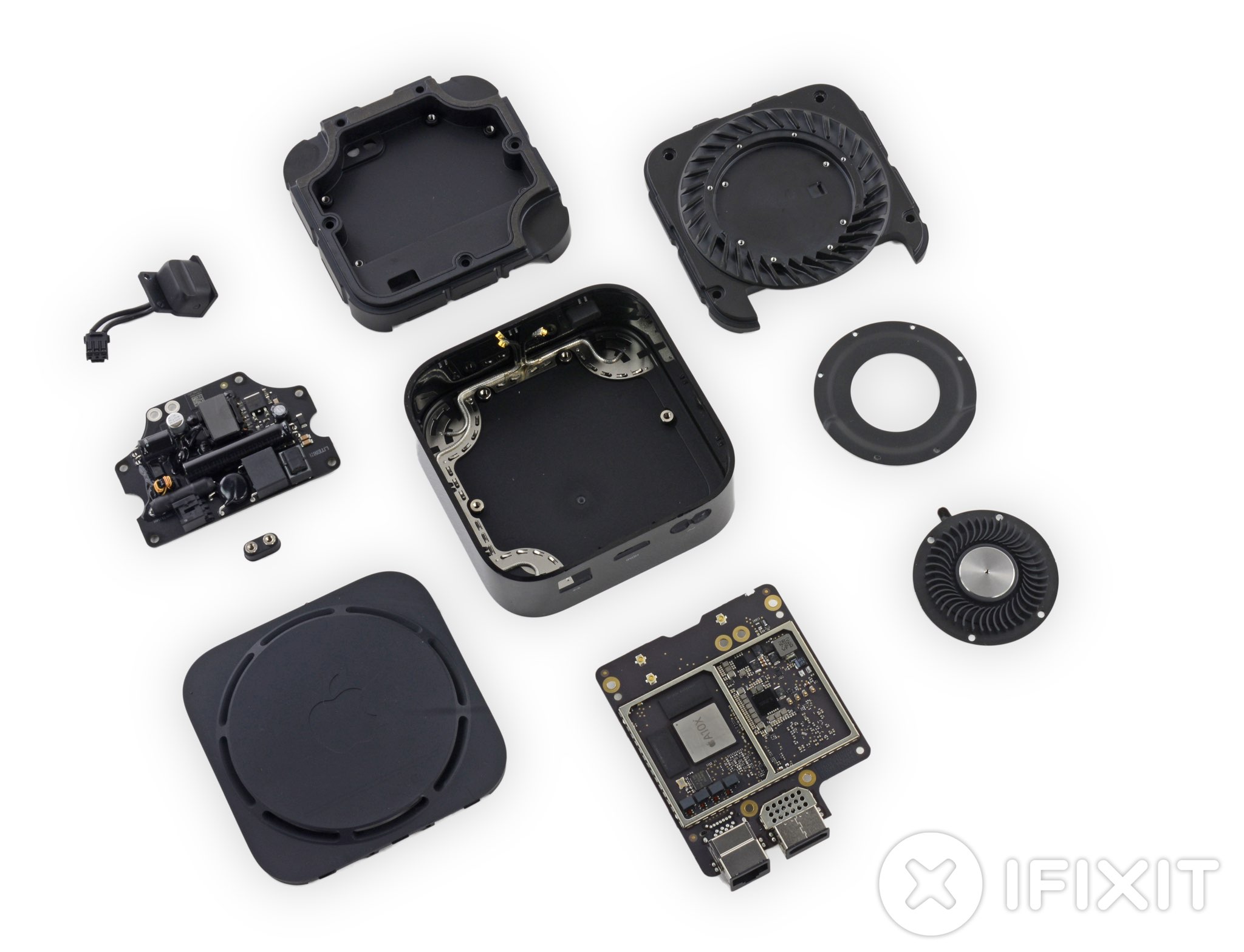 The device uses two SK Hynix-supplied LPDDR4 RAM chips, one rated at two gigabytes and the other a 1GB module for a total of 3GB of RAM—up from 2GB of RAM in the previous model.

To power the A10X Fusion chip and more RAM, the new Apple TV uses slightly higher power supply amperage rated for 12V at 1.083A versus the 12V at 0.917A power supply in the previous box. Not unlike the fourth-generation unit, the new one transfers power to the logic board through conductive posts rather than wiring.

The teardown confirms the return of a Gigabit Ethernet port (driven by Broadcom’s Thunderbolt to Gigabit Ethernet chip) and the removal of the USB-C diagnostic port (because the latest version of Xcode allows for wireless diagnostic and software deployment).

All told, the new Apple TV earns an 8 out of 10 on the iFixit repairability scale due to its simple construction and standard screws.

I’m loving my new Apple TV 4K a lot. Though it works the same as before, crisp 4K resolution and eye-popping HDR content cannot be overstated.

Now all I need are some GPU-heavy games optimized for 4K resolution.

Are you excited for the new box? Let us know in the comments!