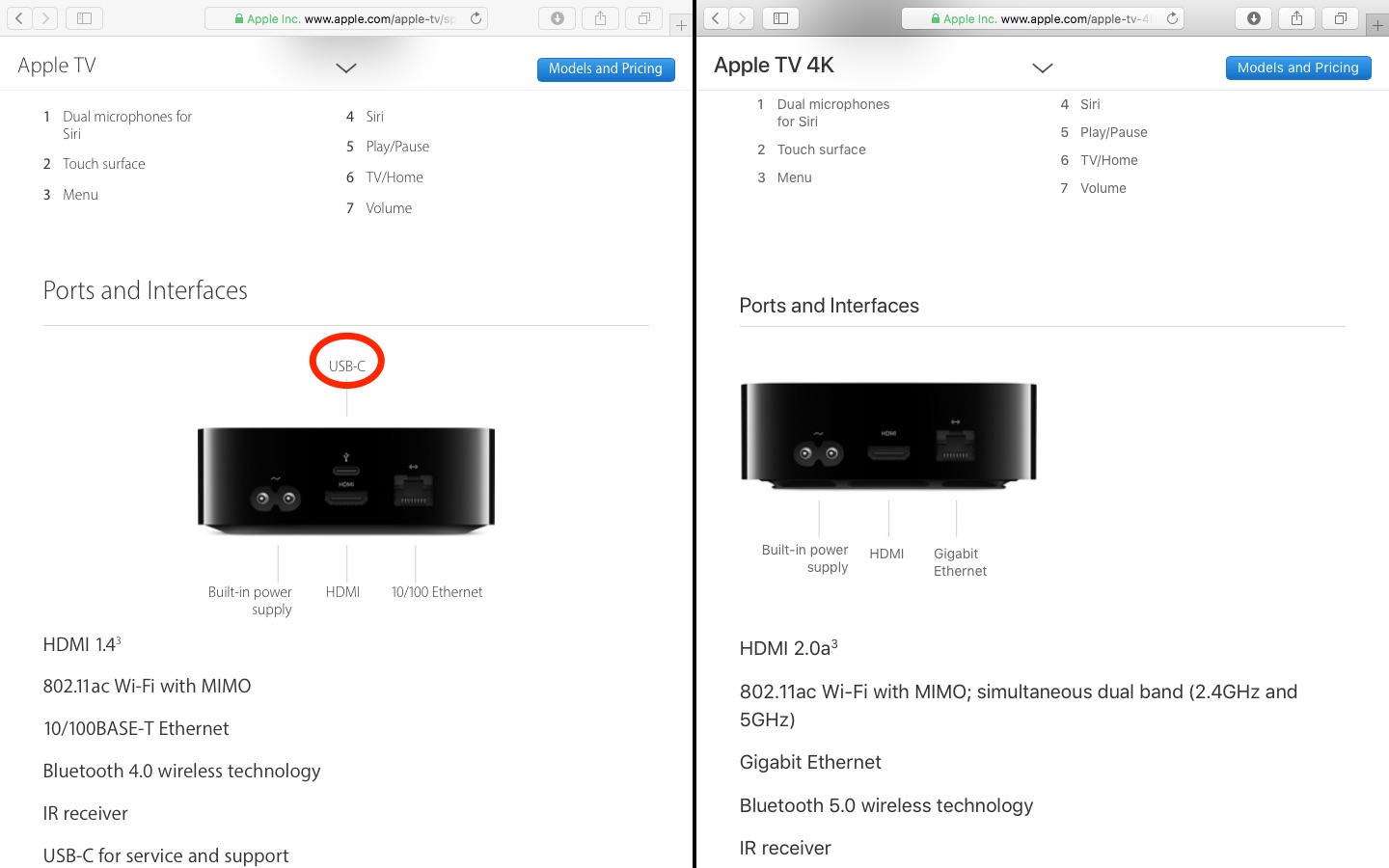 The fourth-generation Apple TV, which is still sold, has the USB-C port.

Apple primarily uses it for service and support, but enthusiast can take advantage of it to connect their fourth-generation box to a computer and do things such as restore the firmware, take screenshots in Xcode, place an Apple TV in recovery mode and so forth.

As for the Ethernet port, 4K streaming quality depends on hardware and Internet connection so it makes sense they would upgrade the new box to a faster 1000Mbps Ethernet.

According to the company, 4K streaming requires 15Mbps speeds so it’s nice knowing you can hook up your Apple TV 4K to a broadband modem via a reliable wired connection knowing its built-in Ethernet port provides enough throughout for smooth 4K streaming.

Like before, the new box can go online via Wi-Fi 802.11ac with MIMO as well, but Gigabit Ethernet definitely provides a much more reliable connection (if you don’t mind the wire).

Check out everything else new coming in the updated Apple TV 4K.

Why do you think Apple might have omitted USB-C from the new box?