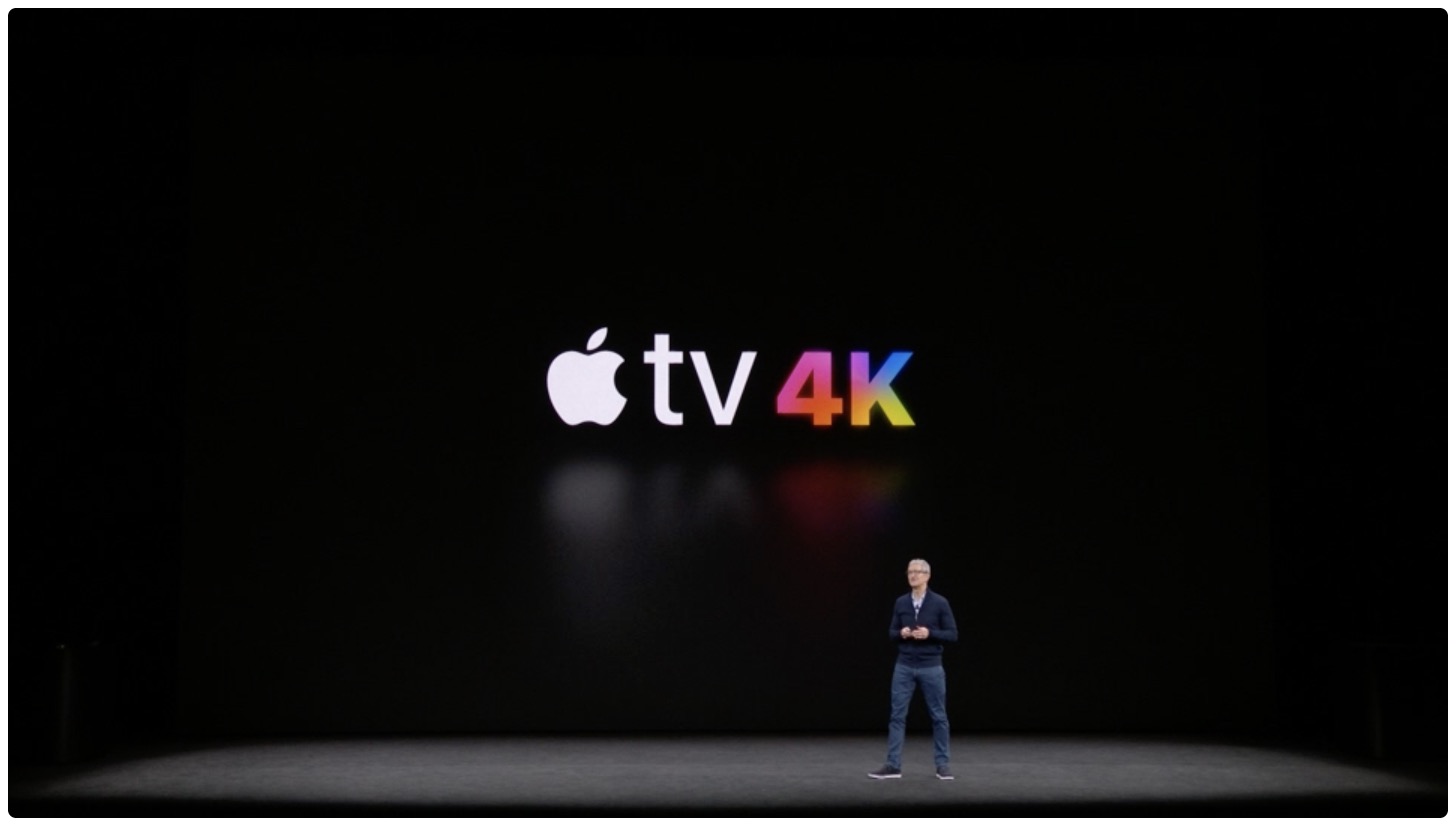 Tim Cook at today’s event at the Steve Jobs Center at the new Apple Park headquarters in Cupertino, California announced — yes, Apple TV 4K. It provides “one of the most stunning visuals ever” and “cinematic quality to virtually everything you watch”.

First, the new box supports native 4K resolution with four times the number of pixel as Full HD, as rumored. It also comes with support for HDR10 and Dolby Vision video streaming to ensure compatibility with a wide range of television sets that support wide-color video.

The whole tvOS 11 has been redone in 4K (of course, your new box will also work on standard 1080p TV sets so you won’t have to buy a whole new 4K television if you don’t want to) and the Aerial screensaver have been updated in 4K resolution, too.

Apple TV 4K is powered by the A10X Fusion chip delivering two times the CPU performance and four times the graphics performance of its predecessor. 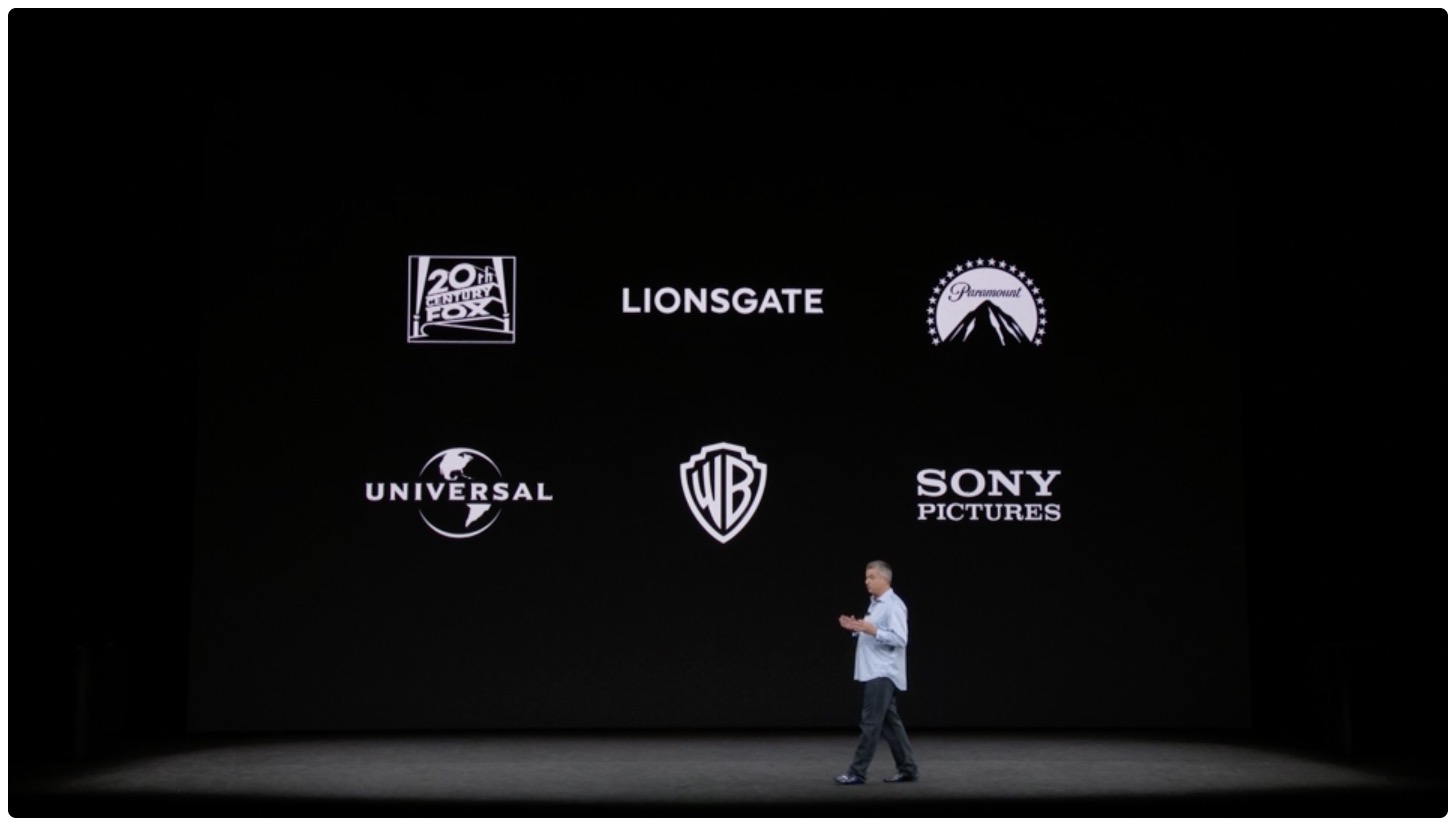 Apple says that iTunes Movies will get upgraded to 4K resolution and, what’s best about it, they’re cost just the same as today’s 1080p movies on iTunes Store.

Most importantly, all of the movies you have already purchased from iTunes Store will be automatically upgraded to 4K resolution with no additional charge whatsoever. 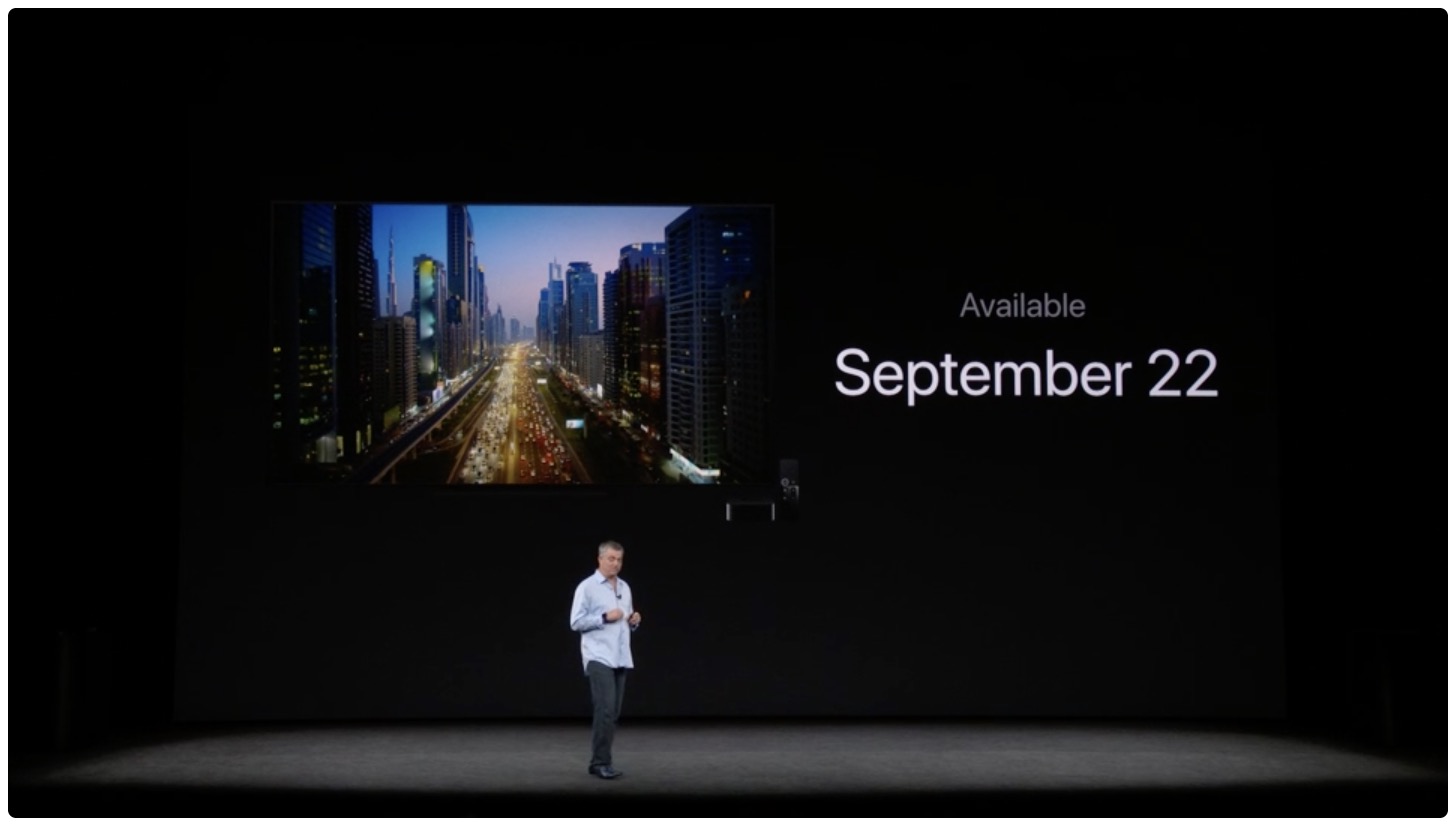 The new 4K box starts at $179. It will be available to order September 15 and is scheduled to launch September 22.