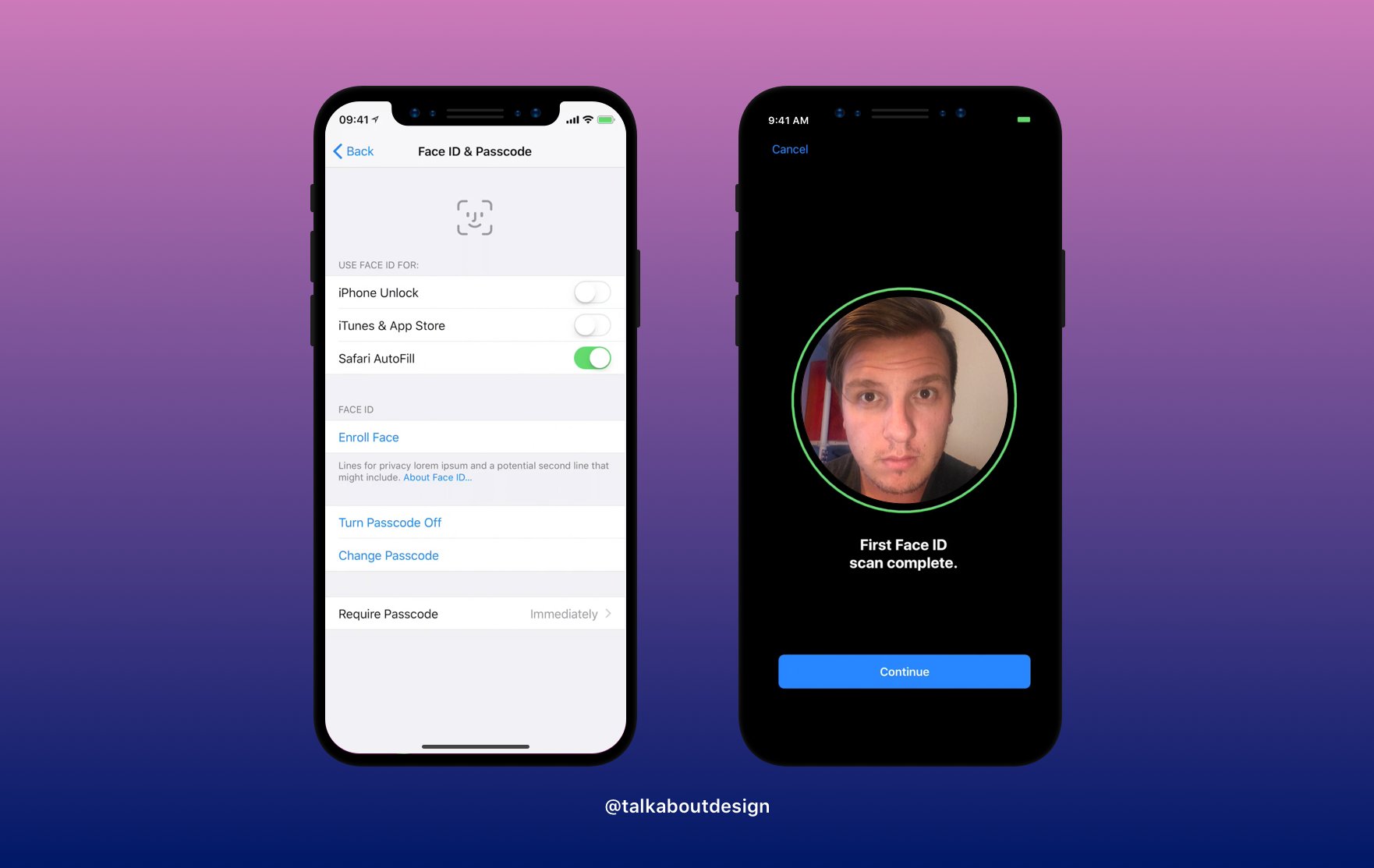 A leaked iOS 11 Golden Master candidate has revealed how you will set up Face ID, Apple’s new authentication feature that is widely rumored to supplant the Touch ID system on iPhone X.

And now, Brazilian developer Guilherme Rambo has tweeted out a few videos potentially revealing how the initial setup process of Face ID might work.

Looks like Face ID will support Safari Autofill (Touch ID doesn’t do that). By the way, disregard the layout issues (due to iPhone X being taller) and some lore ipsum. “I’m running this on an iPhone 7 Plus and using some tricks to convince iOS it’s running on D22,” he says.

In other words, this is actual D22 (code-name for iPhone X) software running on an iPhone 7 Plus, not an animation grabbed from Xcode or something running in iOS Simulator.

For those wondering, Guilherme attributes the lack of Apple Pay in the Face ID preferences to the fact that Apple Pay is unavailable in Brazil (he’s using a Brazilian Apple ID).

And this is approximately how authenticating with Face ID looks like.

Authenticating with FaceID looks like this (timing not correct because it's just the UI, not actual auth) pic.twitter.com/kvNUARDQBJ

He warns that the timing of the animation is incorrect because it’s just the UI.

“I’m not sure there will be a camera preview while authenticating with Face ID. But the glyph animation is exactly that one,” he wrote in a separate tweet. “I don’t think this will be shown every time you unlock the phone,” he added.

If he’s correct, the glyph might be used just for the setup.

Other tidbits related to Face ID:

Authenticating with Face ID should be about two times faster than Touch ID.