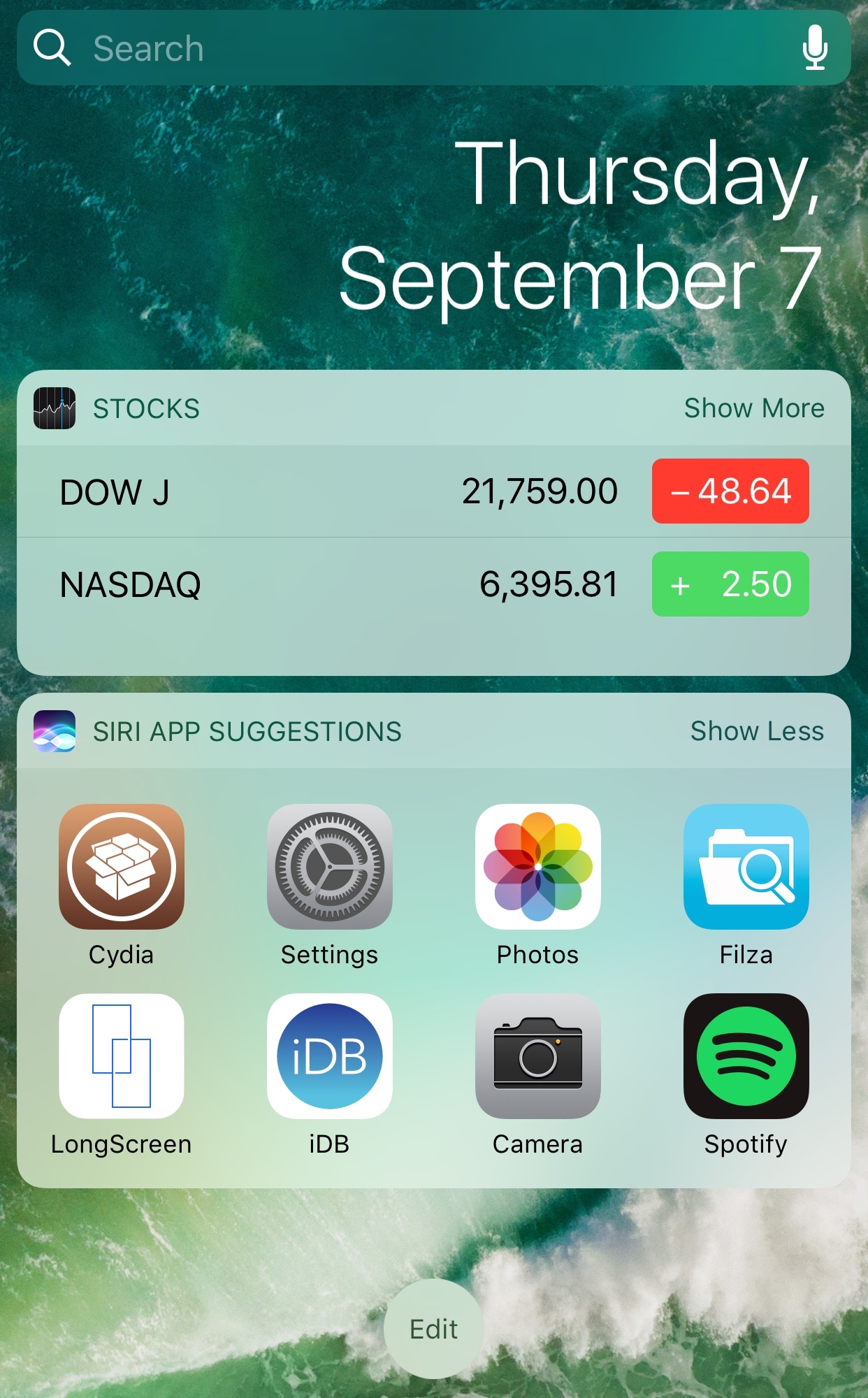 Siri Suggestions is an iOS widget that keeps track of your app usage and recommends the apps you use the most. While the concept is useful for some, the implementation is a hassle for others because it shows a history of your most frequently-launched apps.

Jailbreakers now have a decent solution to the quarrel without losing out on somewhat useful functionality. A new free jailbreak tweak called HideSiriSuggestions by iOS developer Andreas Henriksson lets you hide individual apps of your choosing from the widget.

Once installed, the tweak will affect the Siri Suggestions widget from three different places, including the Lock screen, the Home screen, and Notification Center.

To configure what apps are excluded from the widget, you can visit Settings → General → Spotlight Search → Hide apps: 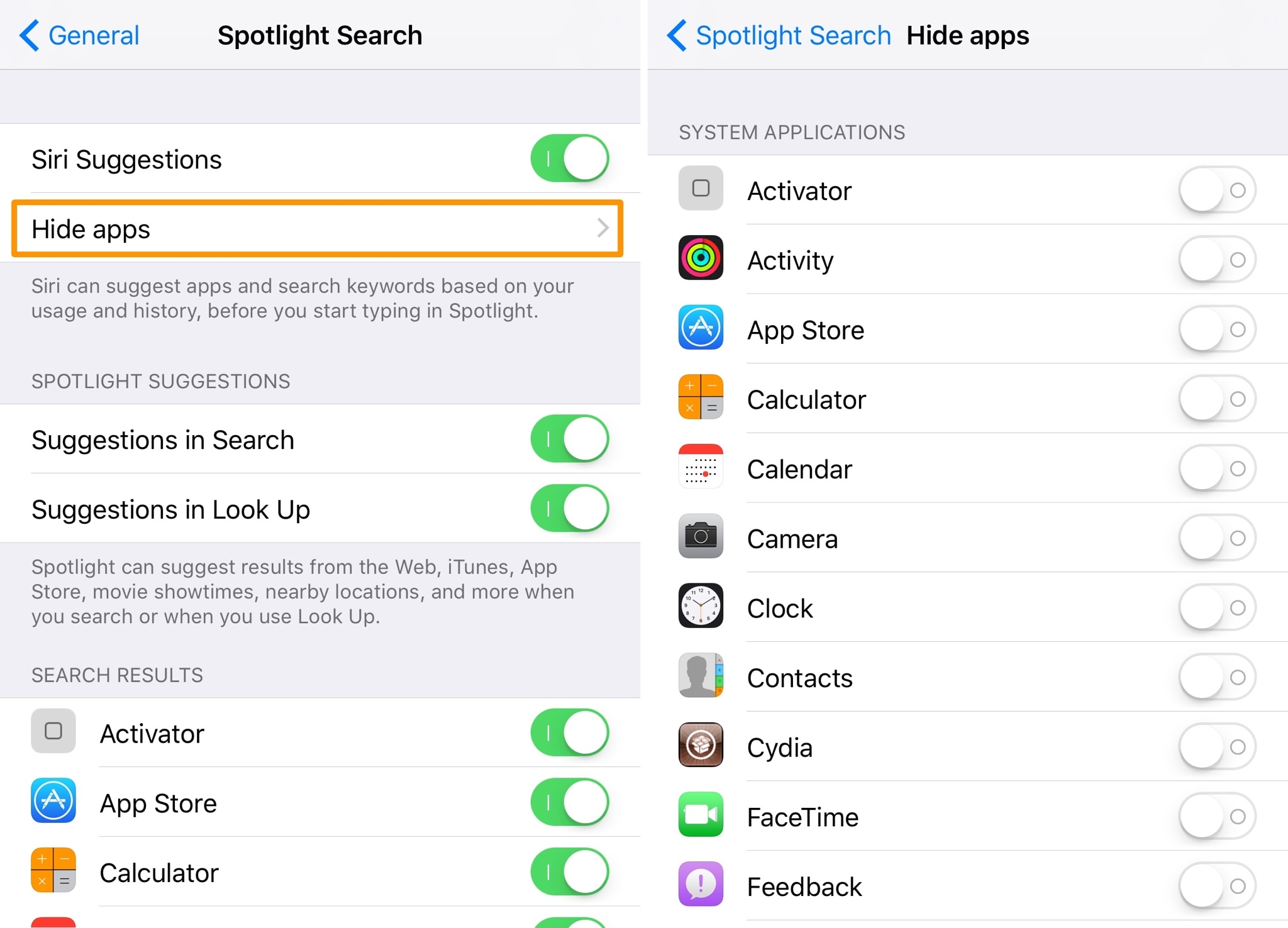 Here, toggling an app on hides it from the interface, while apps that are turned off will continue to show. Changes will take effect immediately without needing to respring your device.

I particularly like how the preferences are built into the stock Spotlight settings rather than there being a dedicated preference pane for the tweak itself. The configuration implementation reduces clutter and results in a nicer overall personalization experience.

The developer notes that the tweak provides differing end results on both jailbroken iOS 9 and iOS 10 devices:

Depending on what version of iOS you’re running, you may or may not like the effect you see. More importantly, the tweak doesn’t always seem to work as expected, as some apps you’re trying to hide may appear regardless. The bug seems to vary from person to person, but the developer is actively searching for a fix the issues.

If you’re interested in trying HideSiriSuggestions, you can download the tweak for free from Cydia’s BigBoss repository.The tweak was made in response to a Reddit request, and its source code is published on the developer’s GitHub for anyone who’s interested in learning what makes it tick.