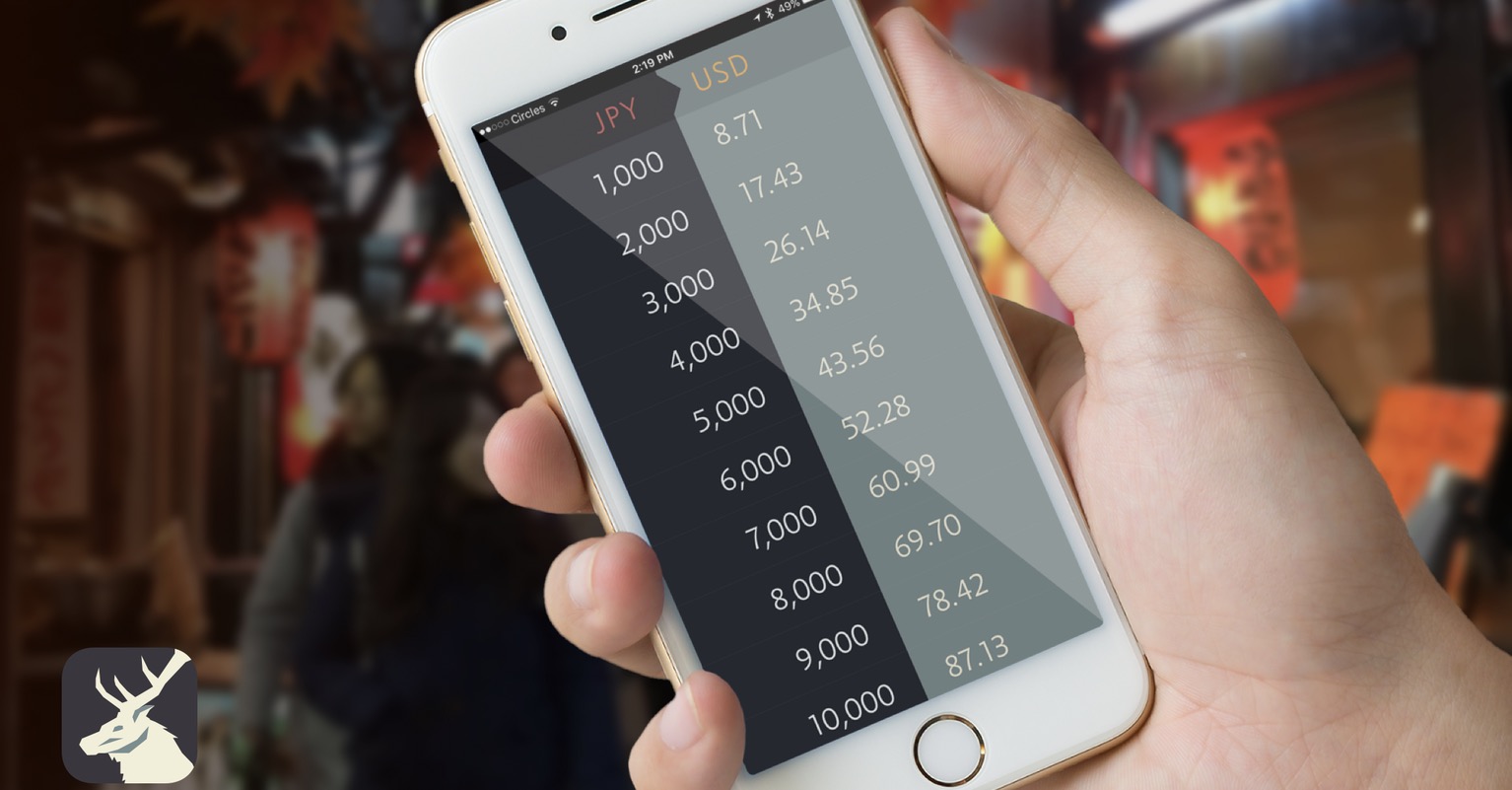 Anyone having the pleasure (or obligation) of travelling overseas has likely had their share of exposure to currency converters on iPhone. Whether you have selected your travel companion on the basis of features, price or mindlessly downloaded the first search result, in my experience the common denominator across the board is an off-putting level of self importance. More often that not, currency converters lack an understanding of their role on your phone.

Personally, if I – for accessibility reasons – rather convert digits on Spotlight search than opening up an extra app, the latter has already overstayed its welcome on my phone. These services literally need to know their place in the operating system – and it’s Elk to at long last figure out that such place must be right on your Lock screen.

Before you sharpen your pencil for the comment section, let’s be clear that while Elk is certainly not the first app to offer static rates wallpapers, they first and foremost deserve praise for the slick implementation of entirely customizable (exchange rate) Live Wallpapers. To unpick it a little, we are talking about the ability to 3D Touch your iPhone’s wallpaper of choice and magically reveal a currency to currency grid, no need to unlock your iPhone, let alone open an application and start typing digits. On the fly, the feature can be priceless and barring app extensions for your widgets screen, not much comes close to the Elk experience.

In order to utilize the full feature, you’re going to need Elk and the in-app purchase valued at $3.99 (there’s also a 14-day free trial available). The app itself takes the same line of simplicity over intricacy, and firmly stays in that lane wherever you look. Currency conversion within the application boils down to three gestures, namely swiping left and right to increase or decrease digits by the factor of ten, and tapping a figure to expand to a decimals view between two markers.

The guys at Elk figured that a list of ten (modifiable) currency to currency equivalents would suffice to make rough conversions on the go, and they were right on the money. When it comes to pinning those numbers to your Lock screen, a choice of stock wallpapers is supplied by Elk as well as the option to make use of your own photos. The process is capped off by selecting the opacity of the new wallpaper box, plus the decision on static versus Live photo and we’re finally cooking with gas.

On a different note, Elk’s Apple Watch presentation is equally innovative and dwarfs the lion’s share of currency converters available for your wrist to date. 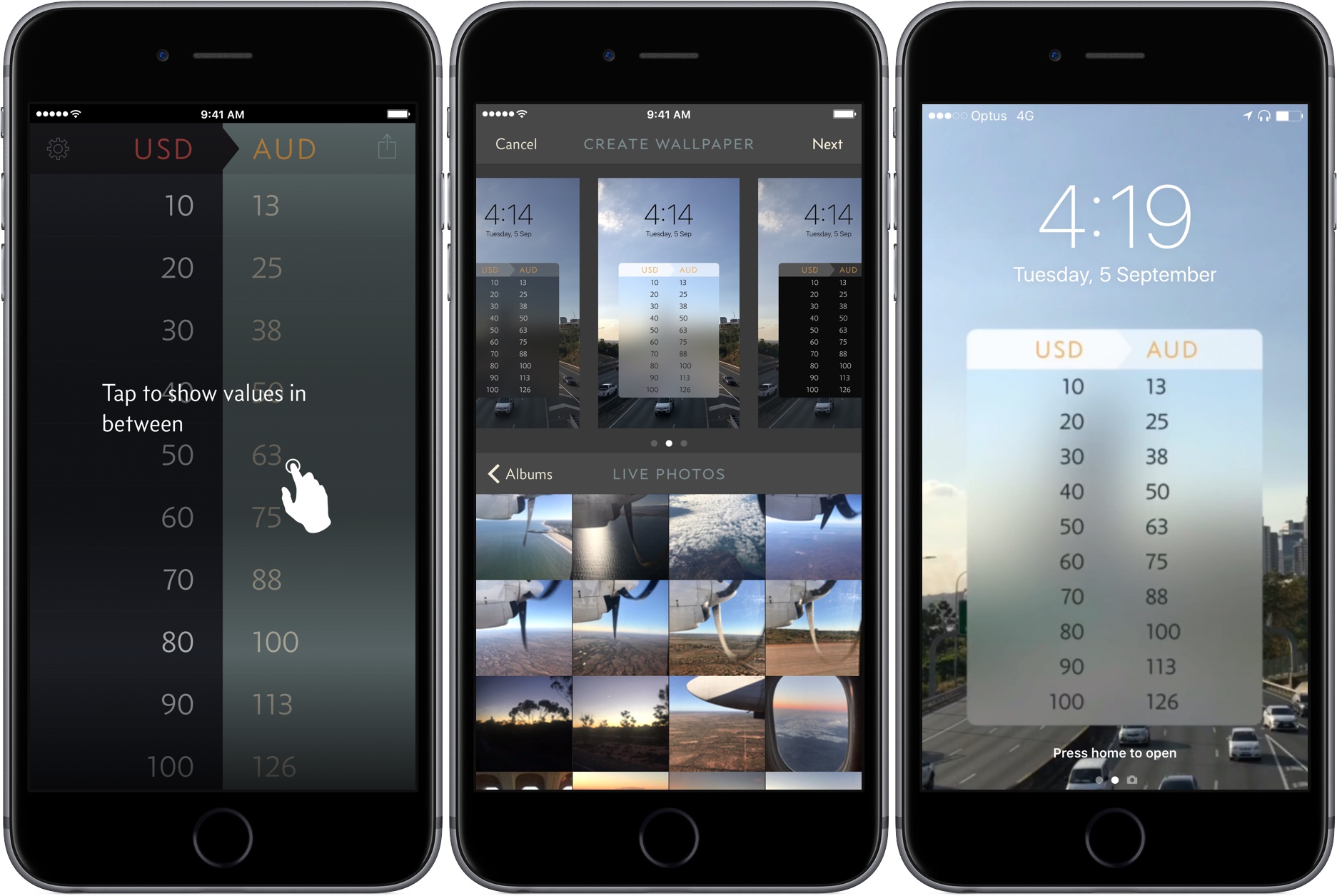 So what’s not to like, you ask? Let’s just say there are caveats I’d be remiss to not point out, albeit they are comparatively minor. For one, Elk should on any account double down on their smart use of the 3D Touch technology and provide us with an app icon shortcut. Other currency converters all do it, and it ought to be a no-brainer for more than one reason. Secondly, for all its ingenuity, the Live Photo trick comes with some fine print.

After creation of the wallpaper, they have to be activated manually via your Photos app and accordingly are saved images that no longer update. Such being the case, the latest currency rate fluctuations won’t be accounted for once the wallpaper is set.

Last of all, and this is not so much Elk’s shortcoming but more so Apple’s, Live Photos comprise a blur effect designed to emulate the flow of a real video. While that effect enhances standard Live Photos, the blur does not stop at the currency box popping up, making the digits a smidgen more fuzzy than your eyes would like them to be.

That aside, Elk’s successfully uses skill and smarts to bring a novel concept to your iPhone. If you consider it good value to unlock the Live Wallpaper component at $3.99 largely hinges on your personal use case. Need a conversion once in a blue moon? You can probably pass, at least on the in-app expense. In the event that you do look up rates a lot though, this one is a real treat.

Download and try Elk for free on the iTunes Store!