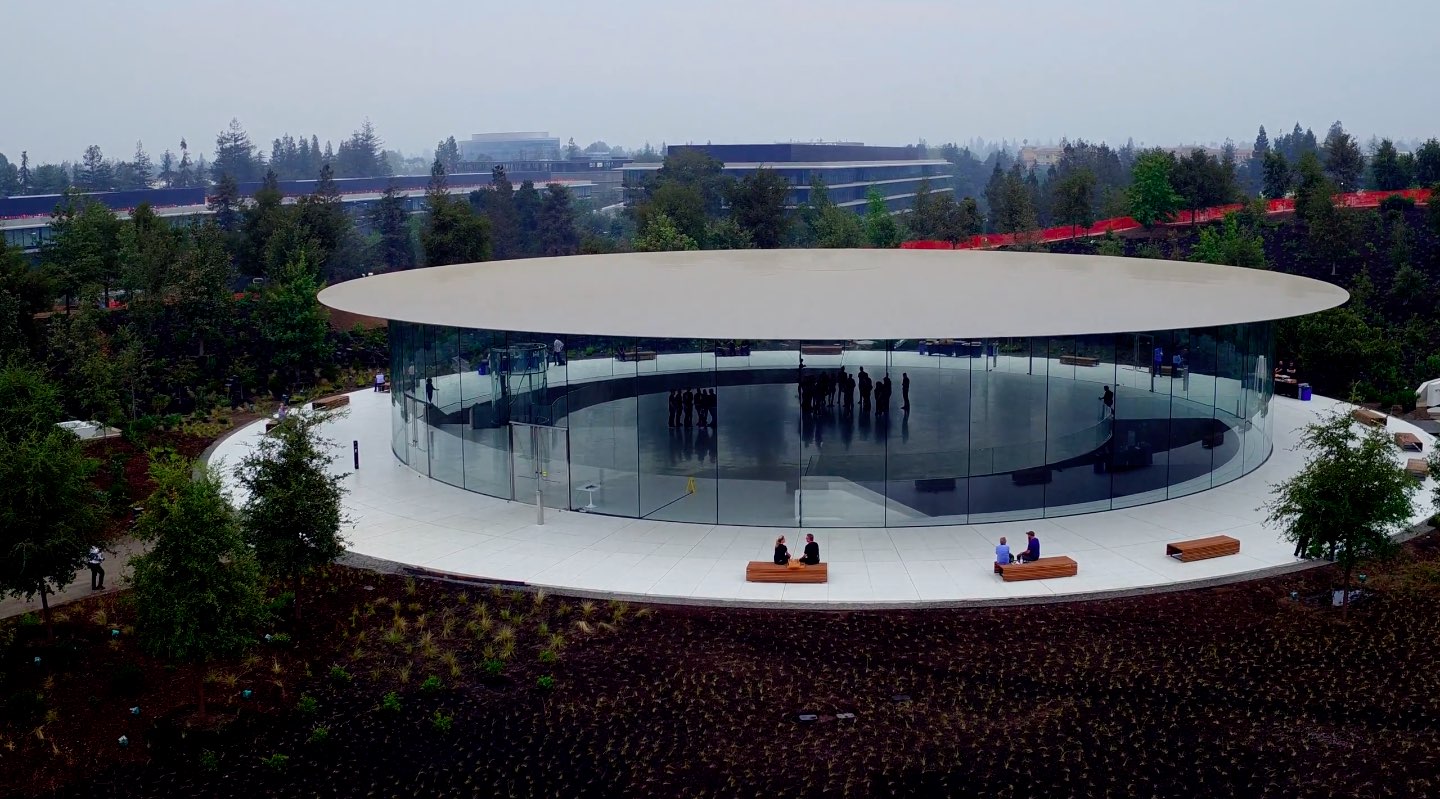 Drone pilot and videographer Duncan Sinfield yesterday released a new birds-eye video of Apple Park construction progress via his YouTube channel, showing off the completed Steve Jobs Theater ahead of the landmark iPhone 8 event next Tuesday.

Aptly titled “From Dreams to Reality”, his new footage runs two minutes and twelve seconds long and offers a closer look at the rapidly advancing landscaping progress at the sit.

The video’s main attraction is the Steve Jobs Theater, including scenes of the entrance to the 1,000-seat underground auditorium where Apple will host its upcoming event.

The enclosed 20-foot-tall glass foyer (165 feet in diameter) and the world’s largest freestanding carbon-fiber canopy (spanning 120,000 square feet) appear to have been completed. For obvious reasons, the video does not offer a look inside the underground auditorium. 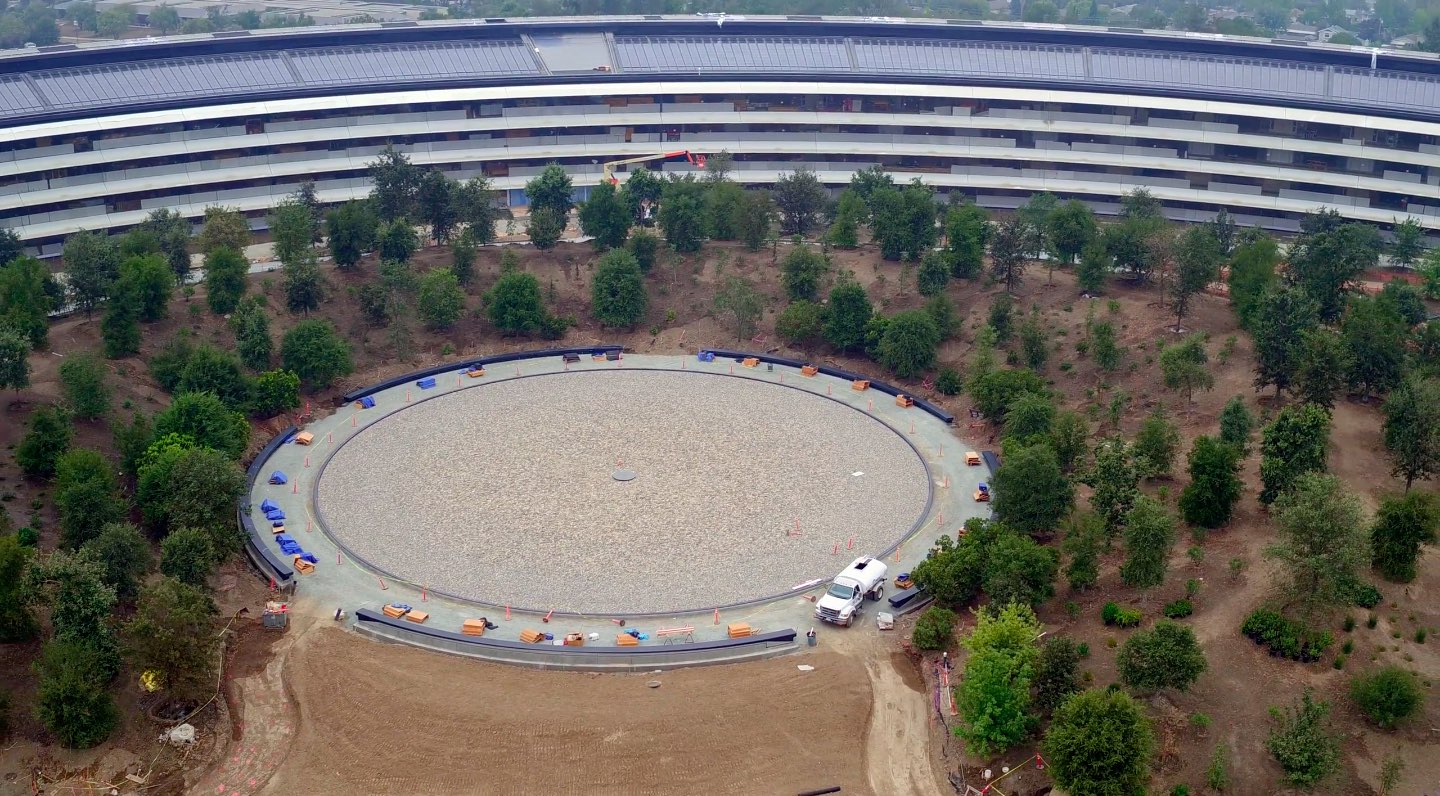 As for the main building, you can see office furniture and desks in many windows.

Landscaping work inside the ring-shaped building and in some of its huge hallways continues to progress nicely. The protective shielding from a pond in the main building’s courtyard has been removed since Sinfield released his previous video update two weeks ago.

Apple’s event is happening next Tuesday, September 12, at 10am local time.