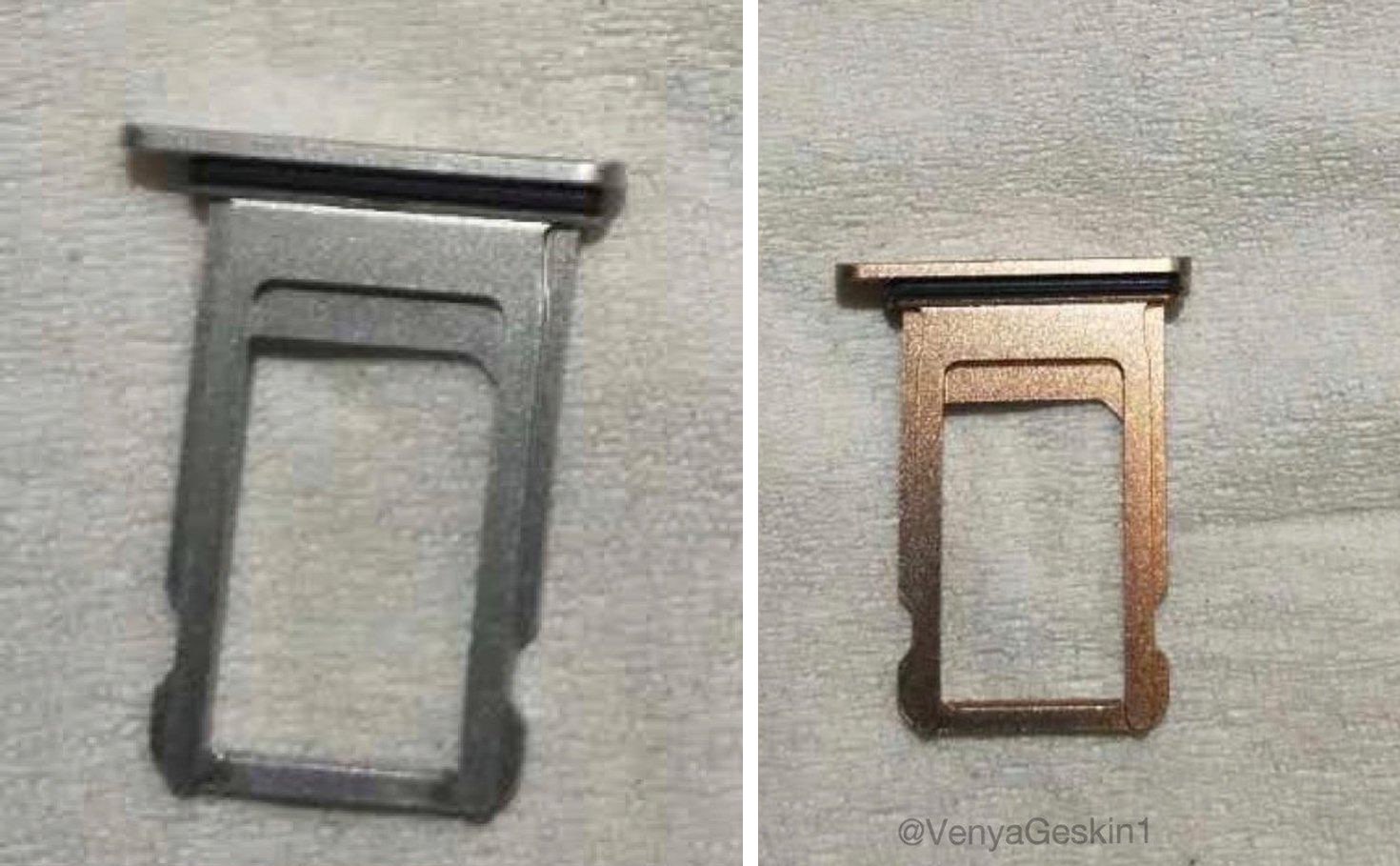 iPhone 8 should include a new copper-like colorway (probably called Champagne Gold, Blush Gold or some such) and a pair of newly leaked SIM trays for the device appear to support this.

Published Monday on leak aggregator SlashLeaks, the image seen top of post apparently shows two SIM trays for an iPhone, one in Apple’s standard Silver finish and the other in a pretty deep shade of Gold that I don’t think we’ve seen in an iPhone before.

The OLED iPhone, as well as the the iPhone 7s and iPhone 7s Plus models, should come in Silver, Gold and Black. However, only the flagship iPhone 8 model is expected to potentially provide additional color finishes such as the aforesaid Blush Gold.

The images were originally shared by smartphone leaker Benjamin Geskin.

Would you consider buying the next iPhone in Blush Gold?

I’ll be going with the deepest black colorway available because any other finish is likely going to have a white front face and I don’t want that notch up the top of the OLED display to stand out.