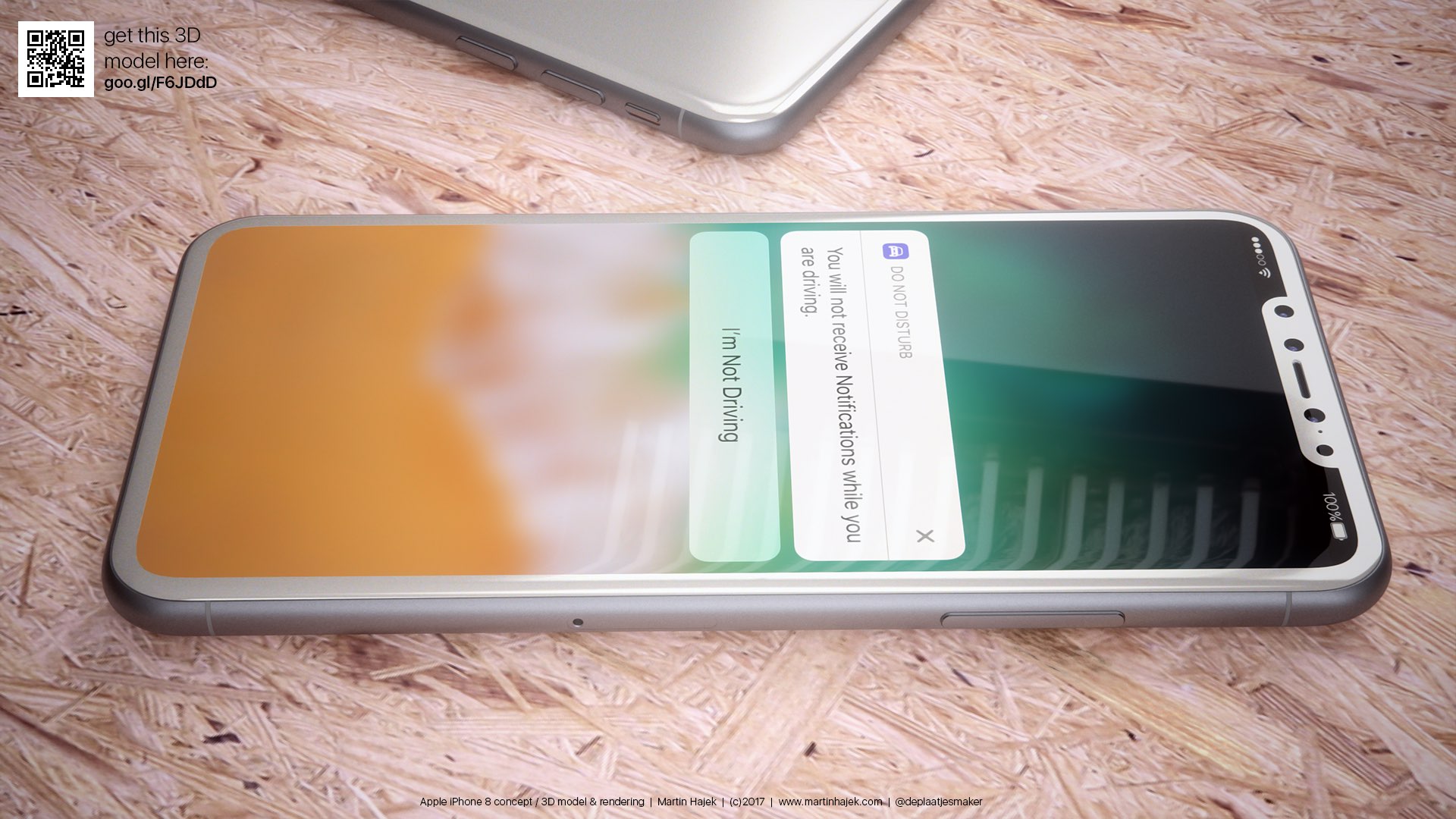 While 2017 iPhones are expected to perhaps double today’s 32/128/256GB storage tiers, Apple’s flagship OLED model could be provided in two storage capacities only.

An image published on China’s social network Weibo and re-posted on leak aggregator Slash Leaks shows all the new iPhone SKUs in an unknown retailer’s system and the so-called iPhone Edition model as coming in 128GB and 256GB storage options.

It’s perfectly possible that the image is fake or that this particular retailer has put in its own phone names and storage capacities as a placeholder until the new iPhones are official.

You may notice that the screenshot says the new iPhones will go on sale on September 21, a Thursday in China, whereas Apple always kicks off iPhone sales on a Friday. Maybe this is when they’re expecting to receive the shipment and prepare for the following day? 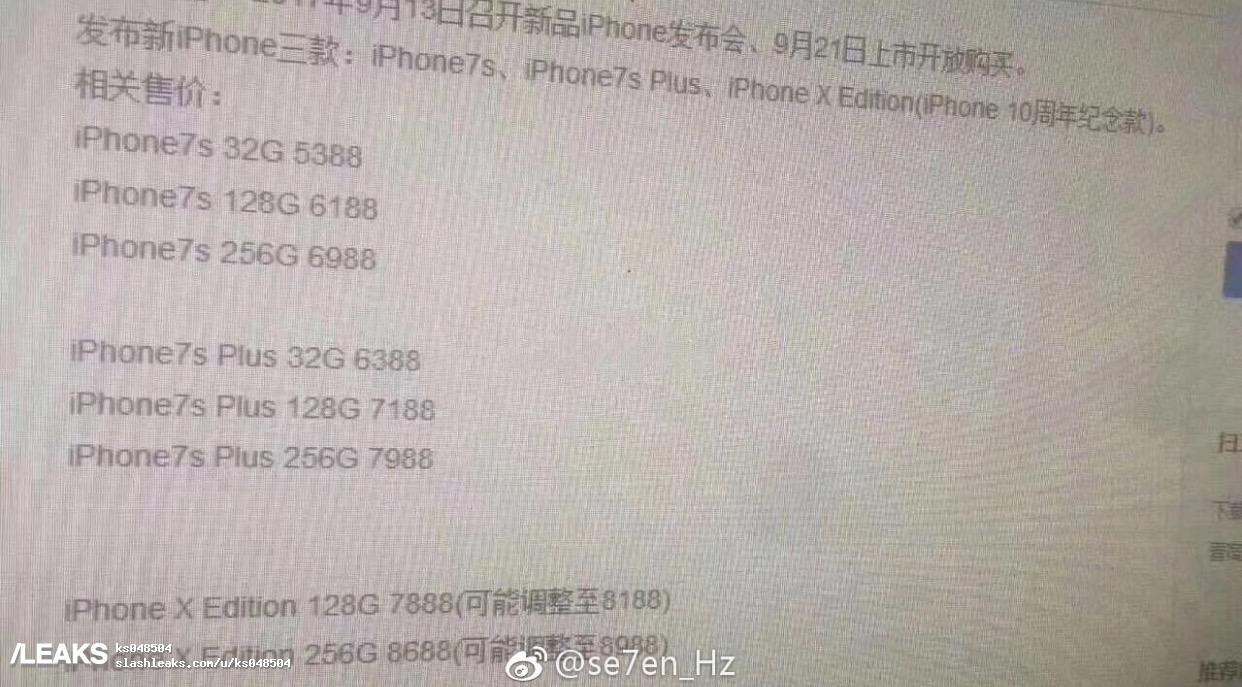 You can even glean from the image that Apple is slated to announced the new phones at an event on September 13 at 1am, which converts to September 12, 10am PST in the US.

Prices (in yuan, next to the capacity) of the base iPhone X (or iPhone Edition) model should range from $1,196 to $1,242, the screenshot suggests. Just a quick note: the upcoming iPhones are going to be priced lower in the United States because direct conversions is meaningless due to the fact that Apple prices iPhones differently in various countries.

The New York Times said the iPhone X would start at $999 in the US.

For those wondering, the base price in yuan for the iPhone 7s models converts to around $820. Again, iPhones are priced most competitively in the United States so the quoted iPhone 7s price could be actually $649 in the US like the current iPhone 7 family.

UBS analysts Steven Milunovich and Benjamim Wilson wrote in a note to investors, obtained by Business Insider, that they expect Apple to offer only 64GB and 256GB tiers for iPhone 8.

Tentatively named iPhone 8, Apple’s tenth anniversary phone could be officially marketed as iPhone X (or iPhone Edition), with upgrades to the iPhone 7 family potentially skipping S-branding and adopting the iPhone 8 and iPhone 8 Plus naming scheme.

What do you think, guys? How many storage options will there be for iPhone 8, two or three? Chime in with your thoughts in the comments below.