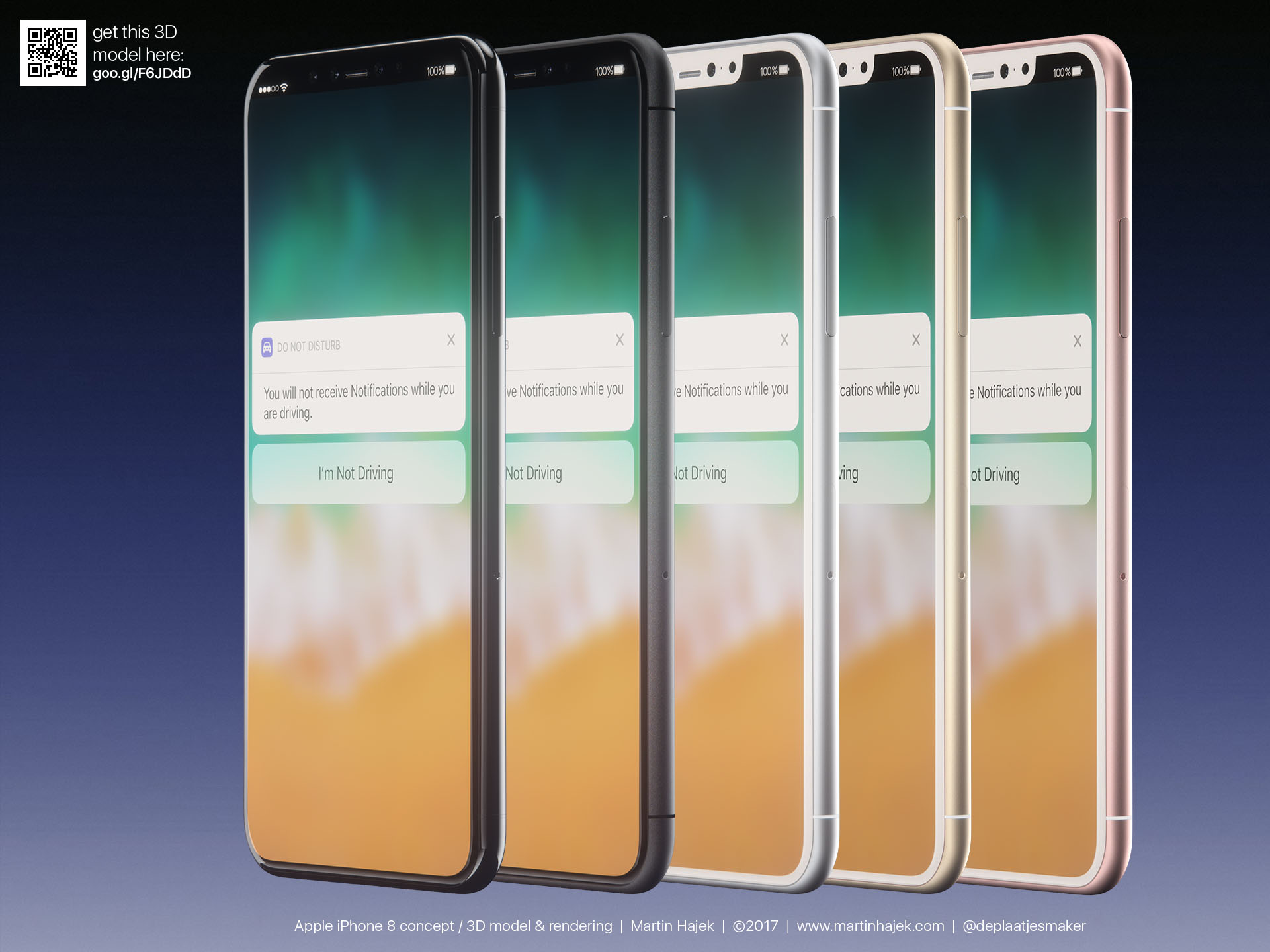 Citing a friend of a friend who works at Apple as his source, he said the entry-level iPhone 8 (or iPhone X, iPhone Edition or whatever Apple names the device) with 64 gigabytes of storage would start at $999, with other storage SKUs adding an extra $100 to the base price.

The iPhone 8 pricing should be as follows:

For context, this is what the iPhone 7 Plus models retail for in the US:

Prior reports have suggested that Apple’s next iPhone could be its most expensive yet.

Fast Company, citing “a source with knowledge of Apple’s plans,” made claims back in February that the OLED iPhone would be priced at more than $1,000 due to advanced technologies, including the OLED display panel which is estimated to cost the company roughly twice as much as the LCD panels used in current iPhones.

According to a pair of reports this month, Apple could skip the S-branding entirely for the first time in eight years and call the OLED iPhone “iPhone X” while updates to the iPhone 7 series would be marketed as “iPhone 8” and “iPhone 8 Plus”.

What are your predictions in terms of iPhone 8 pricing?